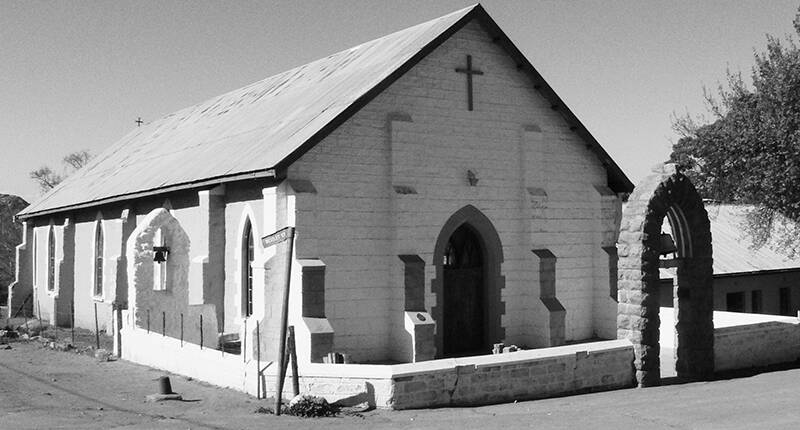 Global Theology Missiology as a Discipline

For three years I have waited impatiently for a representative of the “global Christianity paradigm” articulated by scholars such as Andrew Walls, Philip Jenkins, Lamin Sanneh, Jehu Hanciles, and others to respond to Robert Wuthnow’s 2009 critique of their paradigm in his Boundless Faith: The Global Outreach of American Churches (University of Calif Press). So I was naturally thrilled to pick up my latest copy of the International Bulletin of Missionary Research (Vol 36, No 4, Oct 2012) and see the sustained response to Wuthnow’s critique by Dr. Mark Shaw, Director of the Centre for World Christianity at Africa International University, Nairobi, Kenya. [For free direct access to this article, go to http://www.internationalbulletin.org/ ]

But as I read Shaw’s critique, it felt to me that the authors were talking past one another, leaving us with a less-than-clear grasp of the issues at stake. So I decided to draft comments intended to stimulate further conversation.  I will include some of my own summary of Wuthnow, but organize my comments around Shaw’s three-fold summary of, and response to, Wuthnow’s critique. I invite others of you, many of whom doubtless have a better understanding of the global Christianity paradigm and its authors than do I, to respond. Given how little response missiologists have provided to Wuthnow’s important book, it seems to me it is high time for a little more sustained conversation about this.

Wuthnow claims that his own effort to explore the contemporary role of U.S. churches in global Christianity was handicapped because of the pervasive influence of the “global Christianity paradigm” which he says locates missionary presence in the past and which teaches us to ignore the contemporary vitality and global missionary presence of American churches.

Shaw believes Wuthnow’s claim here is “exaggerated” and that global Christianity authors do focus on “the missionary factor” in world Christianity. But since most of Shaw’s counter-examples concern missionary influence in the past, most of his examples seem to actually support Wuthnow’s point, rather than counting against it.

But Shaw does give one example focused on the present, Donald Miller and Ted Yamamori’s study Global Pentecostalism: The New Face of Christian Social Engagement (2007), which Shaw says uses “new paradigm perspectives to understand the current role of Western mission in world Christianity.”

I personally would not have considered this book a counter-example to Wuthnow’s claim. The few times when Western missionaries are mentioned in Global Pentecostalism, we are told the churches they founded are declining (12), and the book either locates such missionaries in the past or asserts their irrelevance to contemporary global Christianity.

A typical story in the book involves a Venezuelan pentecostal pastor of a tiny church of 12 in a Venezuelan barrio (55-56) whose church grew quickly after this pastor “decided” to embrace a holistic ministry approach involving medical programs, food distribution programs, sports programs, programs to help people get home improvement loans, etc. This story makes no mention of where he learned the new “holistic” approach, or of where the resources came from for all this. Repeatedly throughout the book we learn that “the most successful congregations we studied were not dependent on foreign funding” (199). But if one reads between the lines it is clear that these churches were often directly dependent, at least partially, for their new “holistic” programs on grants from organizations such as World Vision or  Yamamori’s own Food for the Hungry. In the DVD at the end of the Miller and Yamamori book we find an interview with Chris Komagun of Kampala Pentecostal Church, who, after acknowledging that formerly his church had not understood “holistic” ministry, looks at whoever is behind the camera and says: “When you came you shared with us things about holistic ministry. Of how we can really touch the needs of the community in a very tangible way. And we began to share these things . . . and to come up with . . . seed projects and all those kinds of things. And it was amazing the way people bought the vision. You know we had the structure, but really we did not understand holistic ministry fully. But ever since you were last here we understood these things better and we are now launching out, and many people — because now they are seeing the benefits and the blessings— they are coming and that’s why our number has gone up really, our number has gone up to 8,300 average every Sunday.”

So the Yamamori research team is involved in the very propogation of the “holistic” ministry idea, and involved in the financial support of the “seed projects,” which Miller and Yamamori then celebrate as independent attributes of these progressive pentecostal churches. The role of these western and international Christian agencies in contributing to the new “holistic” trends here being celebrated is not part of the formal analysis in this book. And this is precisely the sort of analysis I understand Wuthnow to be calling for.

Shaw has not (yet) demonstrated convincingly to me that Wuthnow’s claim on this point is incorrect. In short, I would like to see other and better evidence that “new paradigm” authors are actually focusing on the contemporary role of American Christianity within global Christianity, before I agree that this aspect of Wuthnow’s argument misses the mark.

The Dynamics of Globalization

Wuthnow says that the global Christianity paradigm insists the central locus of energy and influence (i.e. the “center of gravity”) for global Christianity is now in Africa, Latin America, and parts of Asia — with the primary flow of influence to be studied involving “reverse mission.”  Wuthnow argues (and attempts to demonstrate) that churches in the US are far more vital than this paradigm acknowledges, and that flows of influence go in more than one direction. Furthermore, influence is affected also by factors such as material resources. While numerically there may now be more “southern” than “northern” Christians, there is a vast disparity in material wealth between these Christians, with a disproportionate share of Christianity’s material resources being administered by Christians from the global “North.”  Everything from theological education (with its libraries, computer support, leisure for study and research, funds for professional development, faculty sabbaticals for writing) to Christian publishing, international mission travel, church construction, or use of modern media require material supports, and these material supports are disproportionately present in North America.  Rather than declining support for, and involvement in, global mission, American Christians exemplify greater involvement and support for global transcultural ministry than ever before. And this is one legitimate part of what needs to be studied. Wuthnow critiques the failure of global-Christianity-paradigm scholars to recognize the importance of, and encourage research on, the role of American Christianity within global Christianity. His book represents an initial effort to redress this imbalance.

Shaw summarizes Wuthnow’s model as stressing a unidirectional influence and control, with “globalization as a wind from the West against which the local must eventually yield.” He says that Wuthnow’s model “can properly be labeled as American hegemony, dominant but not tyrannical.”

Shaw and I appear to have read two different books.  In my reading, Wuthnow wants to carve out a space for understanding that American Christians are still active in global Christianity, and that often they are active as partners — not as hegemons.  He appeals to the biblical image of the church as a body (61), and encourages us to explore the ways each part of the body interfaces helpfully with the whole.  His book does, admittedly, also call for missiologists to direct their attention to the ways in which material and organizational resources matter to global Christianity (in everything from theological education, service to the poor or sick, to the use of modern media in evangelism) and to focus attention on the actual current involvements of American Christians around the world, as well as focusing on the consequences of such involvements. He does not assert that such involvements are necessarily hegemonic, or that hegemony is the central dynamic of these relationships, but calls for empirical investigation of these connections. This should not involve choosing either to stress the agency of “southern” or “northern” Christians, but the ways the two interface in actual practice.  In my view, attention to such material dimensions of global Christianity is important, although seemingly marginal to most global Christianity discussions. In my reading of all this, it is Shaw who frames Wuthnow’s understanding of North American global presence as hegemonic, not Wuthnow. It would be interesting to know how Wuthnow would reply to this.

The Bias of the Western Academy

In Wuthnow’s view the “global Christianity paradigm” was attractive for Christian scholars because it resolved underlying anxieties fostered in the western academy. Postcolonial recognition that the modern missionary movement served colonial interests raised disturbing questions about the authenticity of resultant Christianities.  But in the new paradigm, the explosion of Christian churches in Africa, Latin America, or China are said to have occurred most dramatically after colonialism, and in Pentecostal or supernaturalist forms markedly divergent from the Christianities of the former missionary-sending lands. Such churches are independent and thus authentic. And fear that the secularization of Europe and North America was threatening the very existence of Christianity was resolved through a metanarrative stressing that Christian decline in older Christian centers, coinciding with its explosive growth elsewhere, is a natural and inevitable process in history. Indeed the future of Christianity lies with Christians in the global south whose faith is more authentic, less contaminated by material power or enlightenment rationalism.  Indeed Christians from Africa, Asia, or Latin America represent the best hope for the re-evangelization of Europe and North America.

In Wuthnow’s view, this metanarrative of “northern” secularization and Christian decline wrongly attributes realities in Western Europe to North America. That is, Wuthnow, arguably America’s leading sociologist of religion, denies that Christianity in North America is in significant decline. He argues for multiple centers of vitality, including in the USA, with a variety of sorts of connectedness that ought to be studied and understood.

In his article, Shaw celebrates the contributions of global Christianity scholars.  In my reading of Wuthnow, he would agree with many of the notable contributions of global Christianity scholars that Shaw highlights, as would I. But I nonetheless remain convinced (at least provisionally until I am persuaded otherwise) that Wuthnow’s core claims represent an important and needed corrective. And I personally believe missiology is weaker for not having more energetically engaged Wuthnow’s book, and learned from it. I would love to see some engagement here.