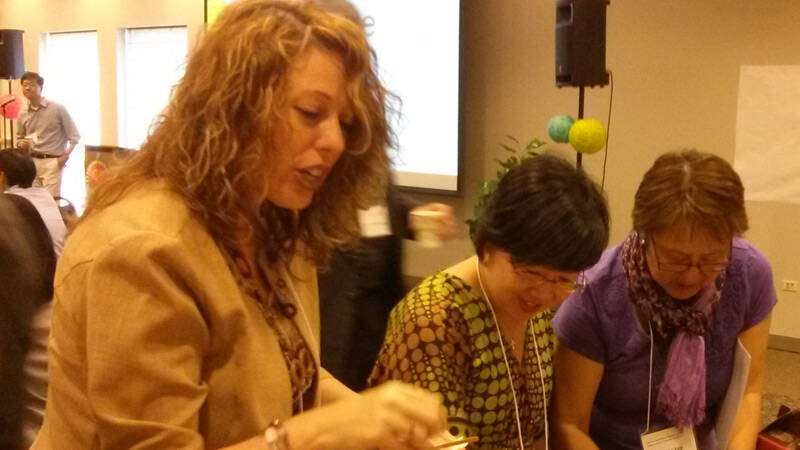 When the Kingdom of God Confronts Idolatrous Spirits and Emotional Brokenness
Jennifer Aycock | May 24, 2013

Pastor Silvina Kosacki serves as a pastor at both Arbol de Vida Foursquare Church and First United Methodist Church in the neighboring communities of Chino and Montclair outside of Los Angeles, California. In her ministry she encounters “stories of loss, of uprooting, of broken dreams” among Latino immigrants who learn painfully and quickly that the glitter of the American dream is not what it seems.

She knows too well through the experiences of her church communities the spiritual and emotional forces with which they struggle. She calls them the “signs of death and self-centeredness,” quoting Dr. Juan Martinez, that influence Latino communities and need to be exposed for the ways in which they turn eyes and hearts away from the hope of Christ.

In particular, Kosacki sees four spiritual forces at work in her people that need to be confronted with the call of the gospel. First, the spirit of the American dream has captivated people with the false hope of a better life, economy, and opportunities.  They expect to find only open doors and a better life in the United States. The spirit of the American dream also breeds greed, materialism, selfishness, consumerism, and individualism, the spirit of Mammon. This spirit believes the life of the better is also the life of more…until that more never arrives or never satisfies.

The immigrant in search of the better life will also too quickly encounter that all things in the United States are really not equal. “Popularized under the presidency of James Polk,” the spirit of the American Empire justified aggressive and violent annexation of Texas and most of the southwest United States from Mexico during the Mexican-American War. During and after this acquisition, Latin Americans were oppressed and made “less than citizens” in their own lands newly acquired by the United States. This posture of power and control over Latinos still shapes the socio-cultural landscape of economic and relational interactions in the United States in which Latinos seek to make a better life. Lastly, the spirit of manifest destiny, an ideology rather than a specific policy or action, developed in part based on the belief that God (or, Providence) had given the entire continent to those who would establish liberty and federal self-government in all of its corners. As Kosacki highlights, this “destiny to expand” would be accomplished “whatever the cost.” Manifest destiny developed superiority and chosen-ness in those leading westward expansion that “made them intolerant to other peoples, provoking racism and discrimination.” Kosacki not only lamented these spiritual influences among her congregants, but she also denounced the power they hold over them as deceptive and oppressive.

Emotionally her church members experience a sense of loss of who they are, family, roots, and culture upon relocation to the United States. A sense of insecurity arises around issues of lack of language, legal status, and lack of skills to negotiate a new socio-cultural context. Disappointment, vulnerability, and hopelessness are all felt when the American dream of better fails to satisfy, when individualism isolates and separates people from meaningful networks of relationships, and when “the better” never arrives.

Kosacki counters the spiritual and emotional forces that break the dreams of her church members’ with the hope found in the gospel. As a pastor she is called to answer, “What else do they need? What else are they searching for? What else do we have to offer?” with promises of a new Spirit, a new citizenship, and a new Kingdom. These counter forces are the only realities that can provide biblical hope in the midst of shattered dreams and emotional vulnerabilities in Latino communities. She desires that her people are captivated by the “real dream of God” that Jeremiah 29:11 promises, that God alone will prosper and not harm, will give hope and a future when the pursuit of material good and economic prosperity fails. She prays and works for her churches to know both the shalom of God which brings justice, peace, and joy, and the koinonia of God that offers communion, personal relationships, and love and care between church members. These can only be found through a citizenship first secured in the Kingdom of God.

As a pastor who hopes these realities for her church communities, she also preaches that Latino communities are called to “administer the gifts and the mercies of the Kingdom of God in a way that reveals our identity as children of the Kingdom.” She calls Latino communities to be active witnesses in the United States to the alternative of peace, justice, and caring community that the Kingdom of God promises. She prays and leads in a way that points to the new things God is doing in and through the increasing number of multicultural Latino churches, the influence of Latinos in public spheres, and the growing common use of Spanish that serve to break down walls rather than perpetuate them. For second generation Latinos who have made a home in the United States, the United States is a location in need of gospel ministry and outreach. Kosacki recognizes such realities provides realities to rejoice in the hope of the good news of Christ that is experienced then offered through Latino churches.