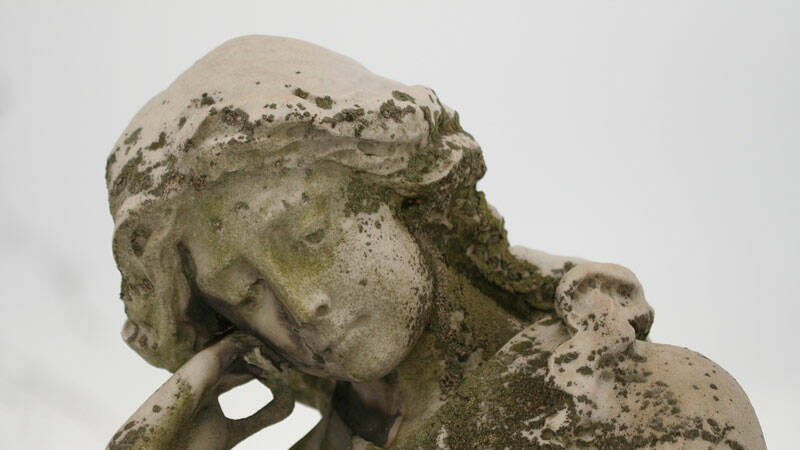 What if the Gospels didn’t include Jesus weeping at Lazarus’ death? What if the story of Christ’s life simply did not include his crucifixion and those who wept with him along the way to Golgotha? What if the word suffering was removed from the Gospels and the epistles? What if the Psalms’ laments were omitted? And what if the book of Lamentations was not a part of biblical canon?

A minimum of 16 Gospel passages would be altered. 8 Pauline epistles would be amended. Seven passages in Acts alone would have holes. The books of Hebrews and James would nearly cease to exist. 40% of the Psalms would no longer appear in our text. The story of Christ’s life, death, and resurrection would instead only contain one third of the narrative central to the Christian faith.

And we haven’t even touched the Old Testament, save for the obvious in Psalms and Lamentations.

To omit so many significant texts of Scripture would make any evangelical incredibly uncomfortable, and even more indignant. Yet, Associate Professor of Church Growth and Evangelism at North Park Theological Seminary Dr. Soong-Chan Rah proposes that the language and practice of lament has been eliminated, if it ever existed, from the American church. Effectively, the American church has edited out significant portions of Scripture from informing Christian practice. Rah notes that of Christian Copyright Licensing International’s list of the top 100 worship songs in August 2012, “only five of the songs would even remotely qualify as lament.” Rather, the American church is captivated with stories of success and triumph, content to promote its image as the “saviors of the world” instead of being humbled by the language of lament that “recognizes the struggles of life.”

HANA Consultation participants gathered today to explore this displaced biblical practice of lament, seeking to recover a necessary component of the biblical story along with the lived realities of lament among HANA communities. Historical reflection from Dr. Juan Martínez and Dr. Russell Jeung and theological reflections from Rev. Dr. Soong-Chan Rah and Pastor Marcos Canales provided the pillars for a broader discussion framed through the lens of lament which occurred at tables throughout the room. Martinez encouraged participants to “recognize we all, both of our communities, have stories of lament.” Noting Walter Brueggemann’s interaction with Claus Westermann’s themes of the psalms as orientation, disorientation, and new/re-orientation, Martínez led a brief reflection on Psalm 137 to underscore the lived realities of disorienting lament that in part characterize members of HANA communities. He noted that the picture of lament in Psalm 137 is “not pretty,” wherein the psalmist entertains revenge for those who have given him cause to lament, i.e., the oppressor. While HANA communities “cannot make lament our home, we also cannot leave it too quickly. We need to understand the reasons for lament and make sure we remember,” he encouraged.

As participants visited each other’s histories of migration, identity development, and lived realities, Martínez’s final prayer welcomed the Spirit to work in the conversation as he asked the following: “Keep us attentive to the disorientation faced by so many in our communities represented here, in this country, and around our world. Even as we tell stories of lament of history, remind us lament is the daily bread of many around us.”

Reminded at the beginning of the day’s conversation by worship leader Sandra Van Opstal that “the practice of lament begins…when we are wrapped in the arms of God and find belonging in his presence,” the consultation moved forward in a spirit of authentic belonging together throughout the day.

Quotes of the Day

We have to live with and inhabit our realities of encounter; we are the children of the oppressed and the oppressor. –Dr. Juan Martinez

We will never forget where we have come from because we have to go back there to serve the community where we live and are called. –Pastor Marcos Canales

We may not have institutionalized our compassion ministries, but we are connected to the people because we are the people. We are the missionaries and the mission field at the same time. –Urias Mendoza, Orlanda, CA