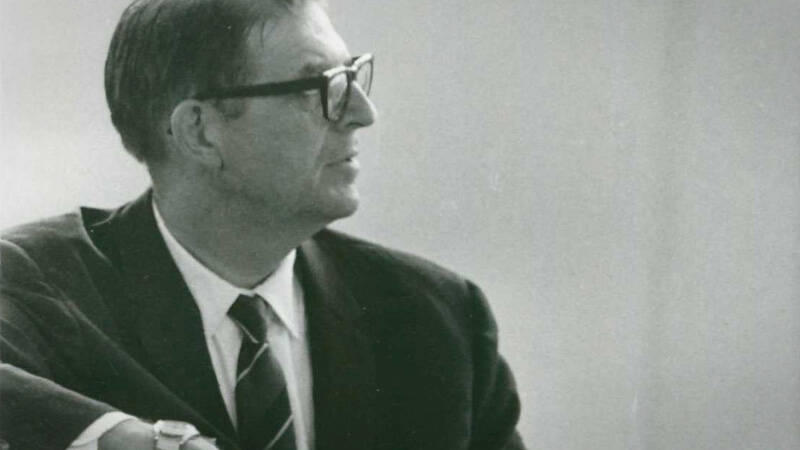 In our last posting we heard Dr. Henry use Ecclesiastes 12 to challenge us in considering our ways. The inevitability of infirmities as we age ought to remind us that we cannot forever count on our temporal strength. Keeping our mental eyes fixed firmly on our Creator will grant us perspective when our created eyes begin to fail us. Our hope and our identity as human beings is not found in our abilities but in our relationship to the One whose powers will never wane.

Nu. 4: The Neo-Paganism: Life Without the Emmanuel Factor

This week will be a reprise of sorts as Dr. Henry takes much of the same imagery from last week’s offering, but also expands it to include a greater portion of Ecclesiastes and applies it to a larger part of human life. In this sermon given at the 1987 Southern Baptist Convention Pastor’s Conference, Henry reiterates this biblical book’s injunction that there is nothing new under the sun. Beginning with feigned shock at a thoroughly modern, nihilistic book, Dr. Henry goes on to show that the ancient words of “The Preacher” finds resonance with our contemporary world in unexpected yet undeniable ways. The pagan worldview so masterfully propounded in parts of Ecclesiastes is rising again as the remnants of a Christian worldview disappear into echoes. In this world of ancient pagan memory and modern and postmodern reality, we live lives ruled by what Henry calls “The doctrine of eternal recurrence,” where humans are nothing more than animals in the futility of their lives, human morality is fully subjective, and human labor has no purpose beyond pleasure and play. As he says at one point, “Here we learn that life turns in upon itself. That there is no permanent meaning to the cosmos, no permanent meaning to human existence. Hear these words.” Fortunately, just as with Ecclesiastes itself, Dr. Henry does not leave us without hope. Finding our meaning as humans in our own abilities, pleasures, and dreams will leave us in despair of what will come. But living our lives seeking spiritual success through the grace of God gives a hope for the future which finite lives cannot curtail.

Nu. 5: In Search of a Happy Ending
Nu. 6: The Risen Christ and the Radiant Church
Nu. 7: The Greatness God Has Prepared for Us
Nu. 8: The Greatest Text on Freedom
Nu. 9: The New Image of Man
Nu. 10: God the Sovereign Creator

Timothy Padgett is working on his dissertation at TEDS, analyzing evangelical responses to US foreign policy from the Second World War through the Persian Gulf War.
All posts by Timothy Padgett
View Add a Comment
In Search of a Happy Ending (nu. 5)The Greatest Interview of All Time (nu. 3)
Sapientia RSS
Newsletter Sign-up
More in Carl F. H. Henry See All