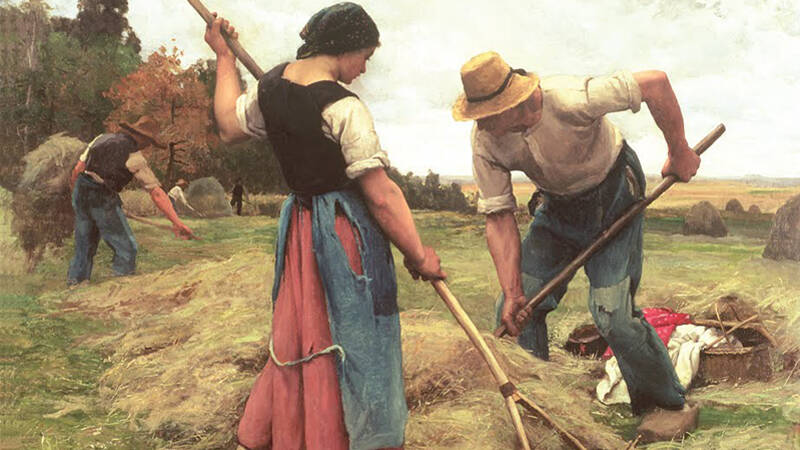 Achievement Is Messed Up

The last two weeks have explored Genesis 1 and 2 and what they teach us about God as achiever, as well as his intention that humanity would also share in achievement. But as any informed Bible reader knows, there is a sharp U-turn just around the corner.

Genesis 3 records the event known as “the fall,” in which we see the man and the woman question, and then reject, God’s good intentions for them in creation. By listening to the serpent rather than to God, the first man and woman create a rift between God and humanity that will not finally be resolved until much later in the biblical narrative. It is no understatement to claim that Genesis 3 casts an overwhelming shadow over the story of the Bible and human history.

The part of Genesis 3 that is of most interest to the topic of achievement is found in vv.17–19, in which God announces to Adam how the consequences of the fall will affect him. It is interesting to observe that these verses are almost entirely concerned with Adam’s work. In short, the good work that God assigned Adam to do will become much more difficult:

“The ground is cursed because of you. You will eat from it by means of painful labor all the days of your life. It will produce thorns and thistles for you, and you will eat the plants of the field. You will eat bread by the sweat of your brow until you return to the ground, since you were taken from it, For you are dust, and you will return to dust.”

The fall into sin, or human rebellion against God, will affect everything that human beings do, but Genesis 3 pays special attention to the consequences for work. “Achievement is, on the one hand, inherently good, but on the other, it has become messed up.” This shows us how important that topic is for a biblical understanding of humanity. And it means that sin adversely affects achievement too. If work is made more difficult, with a painful relationship between Adam and the earth, and an unavoidable discomfort in his labors, it follows that achievement is also made more difficult, since it is so closely related to work.

The ways in which sin affects human achievement are no doubt complex and will require careful teasing out. But there are at least two things to be observed here: First, it will be difficult. Achievements do not, on the whole, just flow out from us. They are usually earned through blood, sweat, and tears—which is probably why high achievers are so well respected; we understand that much time, effort, and determination is required.

Second, there is a hint of futility in vv.17–19. Notice that Adam will “eat bread by the sweat of your brow until you return to the ground.” What happens after a lifetime of toil and difficult labor? We die. This theme is picked up powerfully in Ecclesiastes, which will cause us to question the significance of our achievements, especially in light of death.

To put Genesis 3 together with chapters 1 and 2, we can say that achievement is clearly a good thing reflected by God’s nature and work, and his intention for humanity also to achieve. But that original design was bent out of shape by sin. Human rebelliousness drives a wedge between creation and its Creator, and it distorts the good design within creation. Work will never be the same. And achievement becomes a difficult and complex subject, precisely because it is, on the one hand, inherently good, but on the other, it has become messed up. Working through the mess is what the rest of this series will attempt to do.

Constantine Campbell (PhD, Macquarie University) is associate professor of New Testament at Trinity Evangelical Divinity School. He is the author of several books, including the 2014 Christianity Today Book of the Year in Biblical Studies,  Paul and Union with Christ.
All posts by Constantine Campbell   |   follow on &
View Add a Comment
Healing a Damaged SoulA Thin Red Line: Image Bearing in the World
Sapientia RSS
Newsletter Sign-up
More in Exegesis See All
More in Human Flourishing See All