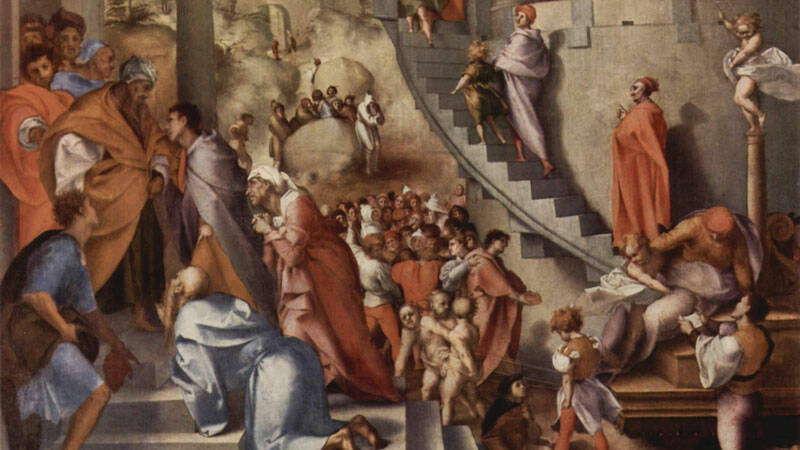 Character studies from the Old Testament can be good and bad. On the bad side, we may read the story of someone like Joseph and make mistaken applications to our own lives, as though the story is about us somehow, without appreciating the role of the story in the unfolding plan of God for redemption that runs throughout the Bible.

Worse still, we might fail to appreciate the descriptive/prescriptive distinction, and thus think that the biblical narrative endorses some particular course of action rather than it simply being reported because it happened and it matters to the story being told. In other words, we are not supposed to approve of everything a character does. This is sometimes obvious, such as in the case of David’s adultery with Bathsheeba, but other times the issues are more subtle.

On the good side, character studies can teach us about God’s purposes worked out through an individual. We see how he brings about his purposes through the activities of particular people. Moreover, we can learn about life in God’s world, and about doing his work, through the examples presented in the Bible—for better and for worse, through positive and negative lessons.

Having done some thinking about the opening chapters of Genesis, we turn now to its closing chapters as the narrative focuses on Joseph. The first thing to note is that Joseph is clearly presented as God’s chosen instrument through whom he brings about the next major development in the unfolding story.

God promised to make Abraham into a great nation (Gen 12:1–3), and this will occur through a period in which his offspring will be in captivity for 400 years before God redeems them (Gen 15:13–14). Joseph is the figure through whom Abraham’s offspring will enter into the land of Egypt (Gen 42–50). While this is initially for the purpose of blessing (i.e., relief from famine), it later becomes the means through which they become slaves in Egypt (Ex 1). Thus the stage is set for Moses’ ministry and the exodus, which becomes one of the most defining events in the history of Israel.

Joseph understands his role in God’s plan. This can be seen when he reveals his identity to his brothers who had sold him into slavery (cf. Gen 37:18–36):

Then Joseph said to his brothers, “Please, come near me,” and they came near. “I am Joseph, your brother,” he said, “the one you sold into Egypt. And now don’t be worried or angry with yourselves for selling me here, because God sent me ahead of you to preserve life. For the famine has been in the land these two years, and there will be five more years without plowing or harvesting. God sent me ahead of you to establish you as a remnant within the land and to keep you alive by a great deliverance. Therefore it was not you who sent me here, but God. He has made me a father to Pharaoh, lord of his entire household, and ruler over all the land of Egypt.” (Gen 45:4–8)

Next week we will explore Joseph from the point of view of achievement. But this would not be possible without first appreciating how the Joseph narrative fits in the context of the story of the Bible. Thus, the first and most important point about Joseph is that he is God’s chosen instrument for a specific purpose. His achievements, including his rise to influence in Egypt, can only be understood in this context.

Constantine Campbell (PhD, Macquarie University) is associate professor of New Testament at Trinity Evangelical Divinity School. He is the author of several books, including the 2014 Christianity Today Book of the Year in Biblical Studies,  Paul and Union with Christ.
All posts by Constantine Campbell   |   follow on &
View Add a Comment
Walking the Thin Red Line: Facilitating the Flourishing of OthersGod Almighty Becomes All Weakness for Us
Sapientia RSS
Newsletter Sign-up
More in Profiles See All
More in Human Flourishing See All