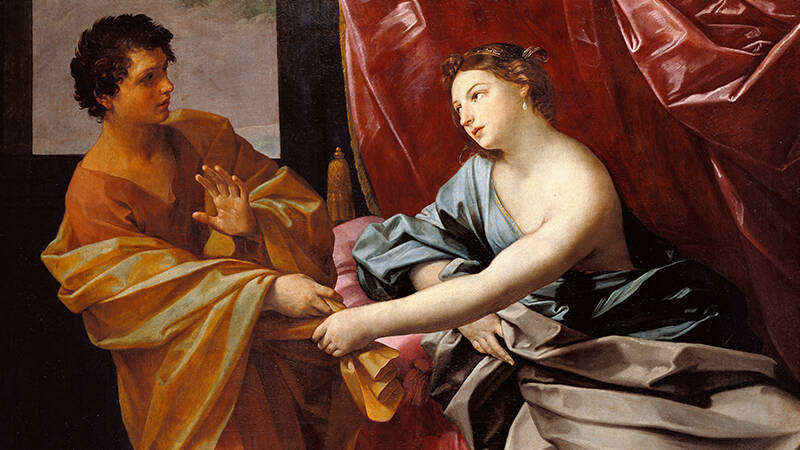 Last week we began to look at the story of Joseph, as recorded in the closing chapters of Genesis. As we saw, the first thing to acknowledge about Joseph is that he is God’s chosen instrument to deliver the descendants of Abraham from the threat of famine, and to bring them to Egypt where they would later become slaves and require God’s redemption.

The second thing to acknowledge about Joseph is that his is a story of extraordinary achievement. Look at his life from a purely earthly perspective: He is the youngest of twelve sons, a shepherd boy (Gen 37:2). He is not the recipient of any worldly privilege, education, or wealth. Furthermore, he is betrayed by brothers and sold into slavery (Gen 37:12–36). Though he shows early signs of potential when his Egyptian master, Potiphar, put him charge of his household (39:1–6), he is falsely accused and imprisoned (39:7–20). At this point, Joseph could hardly be found in a lower position—an imprisoned slave in a foreign country.

However, once again Joseph’s potential becomes evident, so that the warden put all the other prisoners under his authority (Gen 39:21–23). Moreover, it turns out that Joseph has a special ability alongside his capacity for leadership: he can interpret dreams.

From an earthly perspective, we could hardly imagine a higher achiever than Joseph.

He correctly interprets the dreams of Pharaoh’s cup bearer and chief baker, both of whom had been imprisoned along with Joseph (40:1–23). The cup bearer was soon released from prison, as Joseph predicted, and two years later remembers Joseph’s ability when Pharaoh needs a dream interpreted (39:21–40:13). Joseph successfully interprets Pharaoh’s dream and is put in charge over the whole land of Egypt (41:14–45).

From a earthly perspective, we could hardly imagine a higher achiever than Joseph. He went from imprisoned slave to the second most powerful figure in the ancient world. He had outstanding abilities in leadership and dream-interpretation, which, given the right opportunities, propelled him to Egyptian stardom.

And yet, from the Bible’s point of view, Joseph’s achievements were entirely orchestrated by someone else. The narrative makes clear that his rise to power was not by Joseph’s design—indeed, it was not even his wildest dream (excuse the pun). In fact, Joseph was a passenger in a series of events that were entirely out of his control.

The first indication that Joseph’s trajectory was shaped by Yahweh is found in Genesis 39:2–3, while Joseph was a slave in Potiphar’s household:

At Joseph’s next stop, prison, we see the same again:

But the LORD was with Joseph and extended kindness to him. He granted him favor in the eyes of the prison warden . . . . The warden did not bother with anything under Joseph’s authority, because the LORD was with him, and the LORD made everything that he did successful.” (Genesis 39:21, 23)

What does all this say about achievement? At least two things. First, Joseph achieves because he has the right abilities, which are put into effect in the right circumstances. One thing leads to another, and his success is assured. Countless biographies of the super-high achievers of this world include the same basic ingredients—abilities exercised in the right way at the right time.

But second, at least for this high-achiever, the path to greatness is entirely orchestrated by the Lord in heaven. And this is not in order to secure Joseph’s greatness or fame.

God was the architect of Joseph’s rise.

It is for a very specific purpose, which at the time was known only by Yahweh.

Another lesson may be learned from Joseph himself, in that while others saw him as an awesomely powerful figure with great abilities, he regularly and explicitly acknowledged that his gifts were of God, and that God was the architect of his rise. Moreover, Joseph recognized that God’s lavish blessings upon him were not for his own sake, but for the sake of others.

Constantine Campbell (PhD, Macquarie University) is associate professor of New Testament at Trinity Evangelical Divinity School. He is the author of several books, including the 2014 Christianity Today Book of the Year in Biblical Studies,  Paul and Union with Christ.
All posts by Constantine Campbell   |   follow on &
View Add a Comment
Christ Places Himself under the Law
to Redeem Us from ItSomewhere Between Collectivism & Individualism
Sapientia RSS
Newsletter Sign-up
More in Profiles See All
More in Human Flourishing See All