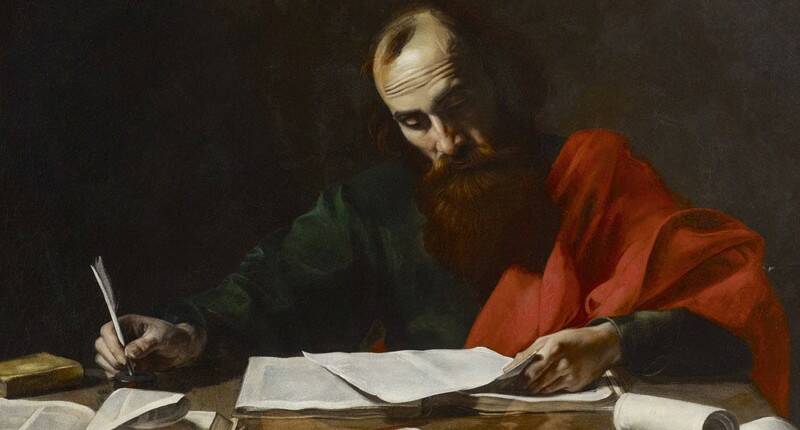 All of the theological difficulties and problems of Justification Theory (JT), which we have summarized in the previous post, are, according to Campbell, generated from a prospective reading of Romans 1:18–3:20.

According to Campbell, most interpreters argue (and for him Moo is one of the clearest examples) that Paul builds “from an account of a problem in the sense of the problem facing all humanity to a definitive account of the Christian solution offered in the gospel . . . .”[1] So self-evident, non-revelatory premises are marshaled (i.e., God is known to all through creation, Rom. 1:19–20; God will mete out retributive justice and wrath against law-breakers, Rom. 2:67) to justify the conclusion that sinners are under God’s wrath (Rom. 1:18), deserve a death sentence (v. 32), and will not be justified by God (3:20).

This kind of “forward-thinking” reading of Romans leads inevitably to the contractual, conditional, and prospective reading of Paul—to which Campbell is vehemently opposed. Thus, Campbell’s primary strategy is to destabilize this prospective interpretation of Paul by rereading (not rejecting!) Romans 1:18–3:20 and thereby establish Paul’s apocalyptic, revelatory, liberative, and participatory soteriology (as seen most clearly in Rom. 5–8).

So how does Campbell reread Romans 1:18–3:20? Campbell’s primary move is to argue that this stretch of Romans is rhetorical and thereby contingent since Paul is not setting forth his own gospel but is, rather, attacking the teaching of a “Jewish-Christian” missionary. Campbell suggests that, not unlike Galatians, Paul wrote Romans in order to defend his gospel from hostile Jewish-Christian opponents (see Rom. 3:8; 6:1, 15; 16:17–20). So Romans 1:18–3:20 is not the first stage of Paul’s gospel that sets up humanity’s plight; rather, it is Paul’s critique of his opponent’s (Campbell refers to the opponent as “the Teacher”) teaching. Campbell states his view clearly:

More specifically, I suggest that in Romans 1–3 Paul reduces another soteriological position that involves ‘works of law’—that is, a Jewish Christian gospel involving Torah observance—to absurdity in terms of its own commitments, and he does so ingeniously, and in several respects . . . .[2]

Campbell’s most controversial move is his claim that Romans 1:18–32 does not contain the voice of Paul but, rather, of the Teacher.

Campbell’s most controversial move is his claim that Romans 1:18–32 does not contain the voice of Paul but, rather, of the Teacher. Numerous features of this passage—including its self-contained structure, the numerous alpha-privatives, its conceptual and thematic overlap with the Hellenistic Jewish writing the Wisdom of Solomon, and many word plays and puns—indicate that Paul is parodying someone else’s speech. Further, whereas Paul’s gospel starts with the revelation of God’s righteousness in the Christ-event, the Teacher begins his sermon with the problem, namely, the unveiling of God’s wrath against injustice. Pagans are culpable since God has disclosed his character and attributes to them through the cosmos; they, therefore, deserve God’s judgment.

In Romans 2, Paul then turns against the Teacher as he seeks to reduce the Teacher’s gospel to absurdity through applying the Teacher’s own principles to Jewish privilege. So in 2:1–3 Paul claims that this Teacher also deserves God’s judgment since his actions violate his own teaching. I have explained Campbell’s reading of Romans 2 elsewhere as follows:

Paul universalizes the Teacher’s own commitment to soteriological desert and God’s retributive justice by applying these concepts to both Gentile and Jew. God will judge the Gentiles and Jews, according to the Teacher’s gospel, on the basis of their deeds (2:9–16). Further, according to the Teacher’s gospel he must concede the possibility of saved pagans given that they already possess sufficient evidence about God independently of the Torah (2:14–15). Paul then uses this criterion of universalization to eliminate the advantages of the Teacher’s gospel in 2:17–29. The Teacher’s own theory thereby, quite ironically, renders the ethnic and historical distinctives of Judaism as useless. The possession of the Torah, circumcision, and Jewish ethnic identity simply do not confer any advantages if God treats humanity in a strictly desert-based manner.[3]

In other words, in Romans 2 Paul engages in an extended argument with the Jewish-Christian Teacher, and the result of this argument is that Paul reduces to absurdity the Teacher’s gospel by using the premises and logic of the Teacher to posit the salvation of pagans, the condemnation of sinful Jews, and the eradication of particular Jewish ethnic distinctives—that is, the entire undoing of the Teacher’s gospel.[4] But what is crucial to recognize here is that according to Campbell Romans 1:18–3:20 is not, as Moo and other traditional interpreters claim it is, the necessary first stage in Paul’s gospel; it is, rather, the destruction of the Teacher’s gospel, and the Teacher (not Paul!) is the one who is committed to a prospective, forward-thinking, contractual soteriology.

The Gospel and Liberation

Campbell is now only a few strategic moves away from eliminating any conditionality or commitment to contractual theology from Paul’s teaching on justification. Here Campbell’s thesis is fairly simple: Paul’s gospel sets forth God’s righteousness as the singular, revelatory, saving, and liberating act whereby God releases incarcerated humanity and bestows upon them life through his resurrection of his messianic Son (1:16–17; 3:21–26).

God’s justification, then, is revealed in his deliverance of Christ, and this deliverance of his Messiah has saving consequences for the Messiah’s people. Justification, then, is not forensic-retributive; rather, God directly releases humans from oppression and gives them life. God reveals his saving and delivering righteousness through the faithfulness of Messiah Jesus, that is to say, through Jesus’ suffering and death on the cross. Here, Campbell reads the contentious “faith in/faith of Jesus Christ” as decidedly emphasizing Christ’s faith (see e.g., Rom. 1:17; 3:21–22; Gal. 2:16, 20). What sense would it even make to say that God’s righteousness is revealed in human faith? God reveals his righteousness, a righteousness that is liberating and life-giving, through his faithful son.

This does not, however, eradicate human faith, and Campbell emphasizes a participatory view of the Christian’s faith—the saved individual’s faith, in other words, is a sharing in Jesus’ faith. On Campbell’s read, faith is not a criterion to be managed but evidence that one indeed shares in Jesus’ faith through participation. Crucial to note here is that Campbell avoids the problematic (for him, at least) contractual emphasis on human faith and the view of God’s justice as retributive as seen in penal substitution.

Campbell has, in The Deliverance of God, read Romans 1–3 quite differently from what we have seen from Douglas Moo.[5] Campbell believes he has eliminated a reading of Romans 1–3 that sets up this text as the necessary precursor to the gospel (from plight to solution) and has, thereby, eliminated the prospective, contractual, and conditional elements by assigning Romans 1:18–32 to the Teacher. Paul’s thinking moves from solution to plight, and since the solution is essentially Christ, this means that Paul’s gospel is revelatory of God himself, of who God is. Thus, the righteousness of God revealed does not commit him to retributively punish those who fail to live up to his standards; rather, God’s righteousness is his unconditional act of delivering people out of bondage.

In these four posts I have introduced the reader to some of the major issues and points of contention facing the traditional interpretation of Paul, and I have tried to introduce these matters through a fair but brief presentation of the work of Douglas Moo and Douglas Campbell. While I cannot predict the contours that the upcoming Trinity Debate might take, I hope that I have provided a fair summary of these respective theologians’ positions and my readers with a good foundation.

I’m looking forward to the coming debate. I’m anticipating a memorable and complex dialogue between these two important Pauline scholars.

[5] Moo has responded to Campbell in his “Review Article: The Deliverance of God: An Apocalyptic Rereading of Justification in Paul by Douglas A. Campbell,” JETS 53 (2010): 143–50.