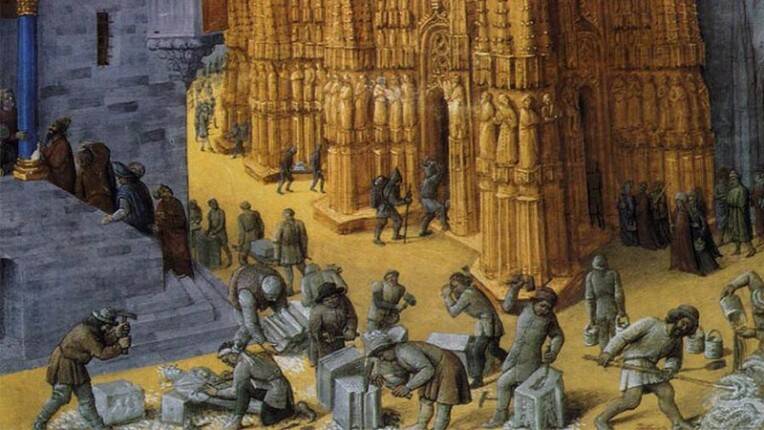 The Work of the Lord

At the very end of Paul’s magnificent discussion of the resurrection in 1 Corinthians 15, he says:

Always give yourselves fully to the work of the Lord, because you know that your labor in the Lord is not in vain. (1 Cor 15:58)

This is a crucial verse for thinking about work. And since work is an essential ingredient of achievement, it is crucial for our discussion.

The key issues are as follows. First, believers are to give themselves fully to the work of the Lord—they are to be devoted to this work. Second, their labor in the Lord is not in vain—this work is not fleeting or meaningless. Third, we must ask what the “work of Lord” and “labor in the Lord” refers to.

The third point is where things get contentious. There are two main schools of thought. The first is that the “work of the Lord” is Christian ministry—in whatever form that may take. The second is that it is any work that a Christian does. It is labor “in the Lord” because the believer is “in the Lord,” hence any labor a Christian performs is “labor in the Lord.”

The difference between these two options is hugely significant for thinking about work and achievement. It is probably the most contentious issue in discussions about faith and work.

The first position sees Paul affirming the value of Christian ministry through the instruction to “give yourself fully” to it, and the encouragement that ministry is not in vain.[1] While this view says nothing explicitly about other types of work, it is normally understood to elevate ministry above other work. It perhaps even implies that other work is in vain (cf. Ecclesiastes, and my related post on “futility”), and is not the activity to which believers are to give themselves fully.

The difference between these two options is hugely significant for thinking about work and achievement.

Historically this view has contributed to the dichotomy between the sacred and secular by marginalizing “secular” work while putting a higher premium on “sacred” work. It has simultaneously lent great dignity to ministry, while inadvertently making non-ministry workers feel like second-class Christians.

The second position sees Paul affirming all work that believers do, whether it is “sacred” or “secular.” In fact, it obliterates that distinction, so that all work is “sacred”—for the Christian, there is no “secular.” This view affirms that work is inherently good (cf. Genesis 2) and does not need to be Christianized to be legitimate and worthwhile. According to this position, the work that believers do is “not in vain.” As meaningless as some work can seem at times, it actually does have meaning and lasting value since it is work “in the Lord.”

Clearly the second position lends itself more directly to the faith and work movement. In recovering the value of work, and the eradication of the sacred–secular dichotomy, it is nice to be able to say that any labor a Christian does is “labor in the Lord.”

But is this right? What does Paul really mean in 1 Corinthians 15:58?

Next week, I will argue for a mediating position. The “work of the Lord” and “labor in the Lord” is, in fact, Christian ministry. But this does not mean that other work is in vain. Quite the opposite.

Posts in this Series

April 21: The Work of the Lord

April 28: The Work of the Lord and Christian Ministry

April 5: Ministry and Your Day Job

[1] By “Christian ministry,” I refer to some kind of word/gospel teaching, proclamation, evangelism, edification and such. While “service” (= ministry) is much broader than these things, this is the type of service meant here.

Constantine Campbell (PhD, Macquarie University) is associate professor of New Testament at Trinity Evangelical Divinity School. He is the author of several books, including the 2014 Christianity Today Book of the Year in Biblical Studies,  Paul and Union with Christ.
All posts by Constantine Campbell   |   follow on &
View Add a Comment
Against Satan's Deceptive RuleJubilee, Temptation, and Growth in Awareness (2)
Sapientia RSS
Newsletter Sign-up
More in Church & Culture See All
More in Human Flourishing See All