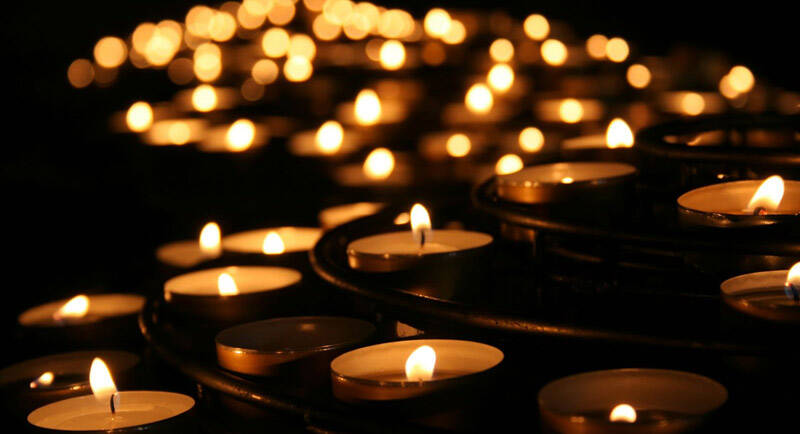 When Witches and Wizards Crash Land!

The Daily Guide is one of the most popular private newspapers in Ghana. Many of the sensational stories from such newspapers deal with the supernatural, especially witchcraft.

Crash Landing and the “Arsenal” of Prayer

In November 2013, the Daily Guide published an article with the headline “wizard crash lands.” The article was accompanied by the picture of an elderly man aged between 70 and 75 years old sitting by a small stream. The man was in shorts but without a shirt. There was some white clayey substance smeared all over his body. He looked weak and frail and his protruding breasts were as large as those of an average adolescent female. 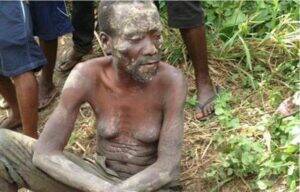 A Ghanaian man was found at the banks of the Okrudu river in Ghana, where he claimed to have crash-landed on his way to a meeting.

In Africa, witches and wizards are made to publicly confess their misdeeds when “arrested.” The old man claimed to be “flying over” a church building on his way to Cape Coast, the capital of the Central Region of Ghana, for a meeting of witches. The team which supposedly included a medical doctor had to fly over a building in which some Christians were holding a prayer vigil. All night prayer vigils are important meetings in African independent churches of the Pentecostal/charismatic type. Many are held at that time because this is the best time to deal with evil that occurs under the cover of darkness.

“The breasts were borrowed from my granddaughter” for wizard activities, he was supposed to have confessed to those who saw him by the stream when day broke. The fact that he had a rather unusual physical appearance contributed to the conclusion that somehow he was a wizard who had been “shot” down by prayers. The average witch is elderly and usually with wrinkled body, physically frail, economically poor and toothless.

None of this crash-landing is publically new, at least not in African newspapers and public discourse. Every so often we read about witches crash-landing. Planes crash land when attacked by missiles and in Africa’s independent pneumatic churches prayer is considered a “spiritual arsenal.” There is a raging controversy in Ghana and Nigeria on a development in which loud spontaneous prayers are accompanied by consistent hand clapping and feet stamping. Those who practice this form of expressive prayer claim it is the way to slap and stamp on witches and other spiritual enemies.

The point is that even the culture of prayer is based on witchcraft beliefs.

Christian pastors and prophets, when such stories appear, seize the opportunity to claim that it was the efficacy of their prayers that caused the downfall of the witches. On more than one occasion, however, family members of supposed witches and wizards, seeing the newspaper stories have come forward to explain that the disappearance on their elderly kith and kin from home or even psychiatric hospitals.

In the face of the experiences of victims, it is difficult to deny that certain human beings possess the supernatural ability to harm others. Nevertheless, it is also becoming increasingly difficult, given that most witches fit a particular profile to sustain Planes crash land when attacked by missiles and in Africa’s independent pneumatic churches prayer is considered a “spiritual arsenal.”the widespread belief that personal and communal problems are supernaturally caused. In most of the cases, it turns out that these elderly people were either on antidepressants or had developed some sort of mental breakdown or even were dementing. Many just leave their places of abode completely oblivious of what may be going on in their lives.

The popular belief is that witchcraft is a nocturnal activity in which certain human beings exercise supernatural aeronautical ability and assuming the forms of birds like owls and vultures destroy victims through blood-sucking operations. As all this happens spirituality, particular problems in life are supposed to be physical manifestations of such nocturnal activity! One way to know the extent to which beliefs in demonic activities in general and witchcraft in particular remains resilient in African life in the face of technological advancement is to read newspapers.

In the market places newspaper stories take on an extended life of their own. A few of the recent newspaper headlines in Ghanaian newspapers make very revealing readings on witchcraft and wizardry: “Grandma Set Ablaze to Exorcise Witchcraft,” “Witch? Grandma Commits Suicide,” “Conference Held on Disbanding Witches’ Camp,” “Empowering Women Through Trade,” “Woman Accused of Witchcraft Calls for Justice,” “HIV AIDS is Not Transmitted by Witchcraft.” All these are newspaper headlines on the issue of witchcraft and witchcraft accusations from various parts of the country.

In one case a Ghanaian newspaper, the Daily Graphic, reported the case of a woman accused of bewitching her step-son as follows: “The whole community believed that she was the cause of her stepson’s illness so they stripped her naked, tied her legs to two stakes for two days without food or water. She was later banished from the community.”

My interest in this matter lies in the fact that the proliferation of independent churches and prayer healing camps that deal with supernatural evil have increased the phenomena of witchcraft beliefs and accusations in Africa. I have heard exhortations in church in which mosquito bites have been explained in terms of the work of supernatural powers. So the belief in witchcraft and its associated accusations are unlikely to go away and as long as people continue to pray, witches and wizards whether real or imaginary may continue to crash land!

J. Kwabena Asamoah-Gyadu (PhD University of Birmingham) is President and Baeta-Grau Professor of Contemporary African Christianity and Pentecostalism at Trinity Theological Seminary in Legon, Ghana. He is a member of the Lausanne Theology Working Group and is widely published in the fields of African Christianity and Renewal Theology.
All posts by Kwabena Asamoah-Gyadu   |   follow on
View Add a Comment
The Angels Announce that the Resurrection
Is for Our BenefitThe Work of the Lord & Christian Ministry
Sapientia RSS
Newsletter Sign-up
More in Church & Culture See All
More in Witchcraft Accusations See All