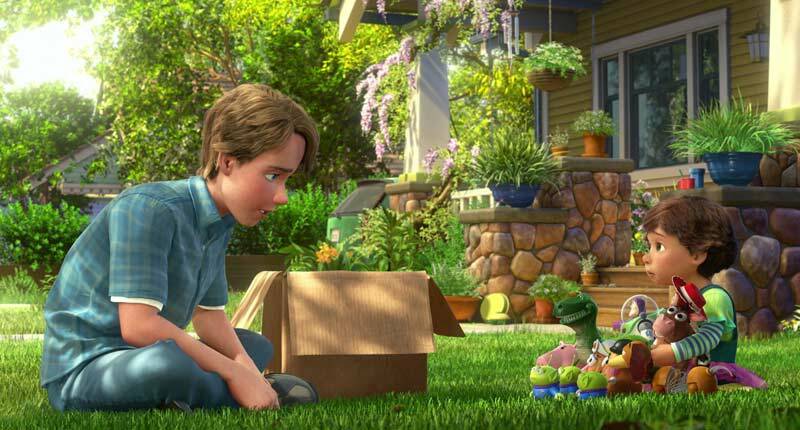 “Maybe Andy’ll Get Another Dinosaur!”

Since Vatican II most celebrants—Catholic and Protestant — no longer “turn their back” to the congregation (that is, turn to the east) during the words of institution. This act never had to do with the priest turning away from the people; rather, the point of it was to turn toward Christ’s anticipated Parousia (that is, the rising of the sun).

By discarding this liturgical gesture Christians are impoverishing themselves of the “cosmic dimension of the Eucharist.”See Joseph Cardinal Ratzinger, The Feast of Faith (Ignatius Press, 1997), 139–41. The east, as the place where the sun rises, anticipates or figures the return of the Sun of Righteousness (Mal 4:2), Jesus of Nazareth, YHWH’s Messiah. Around this eschatological hope Christians—indeed all of creation (Rom 8:22; Mk 16:15)—should reorient themselves. Only by orienting our lives around Jesus’ life and work are we able to find our way through the dark wilderness. In this way, Christians remind themselves of the reality of Christ’s presence yesterday, today, and forever (Heb 13:8).

Toying with Orientation: From Fear to Delight

First, when Andy’s toys remember and orient themselves toward the name, they delight in others. At first, Woody refuses to acknowledge Buzz’s name, calling him instead “Mr Lightbeer” and “Lightsnack.” This refusal is a nascent desire to murder, which later becomes explicit when the toys watch Sid destroy a Combat Carl. Buzz thinks he could have stopped Sid. Woody is skeptical, “I would love to see you try. Of course, I’d love to see you as a crater.” But after Woody has been humiliated and is imprisoned on Sid’s desk, he sees that Buzz, too, is Andy’s, and this gives Buzz worth. He is even able to admit what he couldn’t at first: “Hey Buzz, you’re flying!”

In a humble reversal of Woody’s prior mean words, Buzz responds: “This isn’t flying. This is falling with style.” This humility prepares Andy’s room for a change in culture, from one of fear to one of delight. In the final scene of Toy Story, it’s Christmas—formerly a time to worry—and the toys are excitedly anticipating the presents to come: new toys, new friends. In contrast to the opening scene when Rex, along with the others, is worried that he’ll be replaced by another toy who is a better exemplar of dinosaurness (that is, “a mean one”), in the final scene he hopes that “Andy’ll get another dinosaur.”

Toying with Orientation: Full to Give

Second, when correctly oriented to the name, Andy’s toys demonstrate the multiplication and magnification of mediation. In Toy Story 2, when Woody leaves the room to rescue Wheezy the penguin from the yard sale, other toys mistakenly think Woody is forfeiting his life with Andy. “Woody you’re worth more than that,” Slink says after seeing Woody jump into the box where Wheezy is (it’s labeled “25¢”). But when Woody emerges with Wheezy, the toys realize what he’s doing. “It’s not suicide,” Rex shouts, “It’s a rescue!” But when Woody himself is stolen by a rare toy collector, the toys quickly form a search-and-rescue party.

In Toy Story 3 as the toys try to escape the dumpster, Woody turns back to rescue one of the alien squeaky toys who is stuck. When Woody is seized by Lotso and taken into the dumpster, the other toys leap from their safe positions onto the dumpster as it’s being emptied into the dumptruck. Once the toys see themselves and their peers as Andy’s instead of competing with one another, they serve one another. As Donald Fairbairn puts it, “Full people give, empty people take.”Donald Fairbairn, Life in the Trinity: An Introduction to Theology with the Help of the Church Fathers (IVP Academic, 2009), 214.

Finally, when the toys correctly orient themselves toward the name, they taste the fullness of who they are and the pending eschatological feast to come when Andy returns. Willing to go to the attic as Andy’s toys, they soon find themselves in a warm and sunny lawn surrounded by a white fence with gates that never shut (Rev 21:25). There Andy introduces each toy individually to Bonnie, their temporary guardian, describing what is special and unique about each particular toy. There in the dappled light Andy and Bonnie play with the toys together, reminding the toys of all those past times with Andy, anticipating the future adventures with Bonnie.

“Your Chief, Andy, Inscribed His Name on Me.”

Todd R. Hains is a PhD student in historical theology at Trinity Evangelical Divinity School and assistant project editor of the Reformation Commentary on Scripture (IVP Academic). He and his wife, Veronica, live in Chicago's Humboldt Park along with two large, pathetic and hungry cats.
All posts by Todd Hains   |   follow on
View Add a Comment
Achievement in CommunityAdam’s Sleep and the Awakening after Death
Sapientia RSS
Newsletter Sign-up
More in Film See All
More in Theology & the Arts See All