William Perkins (1558–1602) was an English Puritan theologian who was well known for his exposition of Calvinist teachings and became one of the first English Reformed theologians to achieve international recognition.

Reflecting, here, on the fall, he asserts that the first sin was not an isolated act, but rather the culmination of a complex series of sinful attitudes, thoughts, and beliefs that ruptured the very foundations of the relationship between God and human beings. 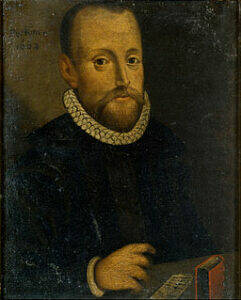 Regarding the greatness of humanity’s fall, some have made a small matter of it, because it was the eating of an apple or some such fruit. But we must not measure the greatness or smallness of a sin by the object or matter with which it is occupied, but by the commandment of God and by the disobedience or offence to his infinite majesty. And that this deed of Adam and Eve was no small fault but a notorious crime and apostasy, in which they withdrew themselves from under the power of God, nay, rejected and denied him, will be evident if we take a view of all the particular sins that are contained in it.

The first is unbelief, in that they doubted and distrusted of the truth of God’s word which he spoke to them.

The second is contempt of God, in that they believed the lies of the devil rather than him. For when God said, “In the day that you eat thereof, you shall die the death,” it is as nothing with Eve: but when the devil comes and says, “You shall not die at all,” she takes hold of that.

The third is pride and ambition. For they ate the forbidden fruit that they might be as gods, namely, as the Father, the Son, and the Holy Ghost.

The fourth is unthankfulness. God had made them excellent creatures in his own image, [but it] is nothing with them to be like unto him unless they may be equal with him.

The fifth is curiosity, whereby they affected greater wisdom than God had given them in creation and a greater measure of knowledge than God had revealed to them.

The sixth is reproachful blasphemy, in that they subscribe to the saying of the devil, in which he charged God with lying and envy.

The seventh is murder: for by this means they bereave themselves and their posterity of the fellowship and graces of God’s spirit and bring upon their own heads the eternal wrath of God.

The eighth is discontent, in that they sought for a higher condition than that in which God had placed them.

In a word, in this one single deed is comprised the breach of the whole law of God. And we should often think upon this, that we may learn to wonder at the just judgments of God in punishing this fall, and his unspeakable goodness in receiving us to mercy after the same.

Second week of Lent – God Creates Ex Nihilo; Thus We Must Become Nothing

Fifth week of Lent – The Weakness of the Saints

Holy Week – The Savior of All Experienced Horrible Pain

Easter – The Women Preached the Fruits of the Resurrection