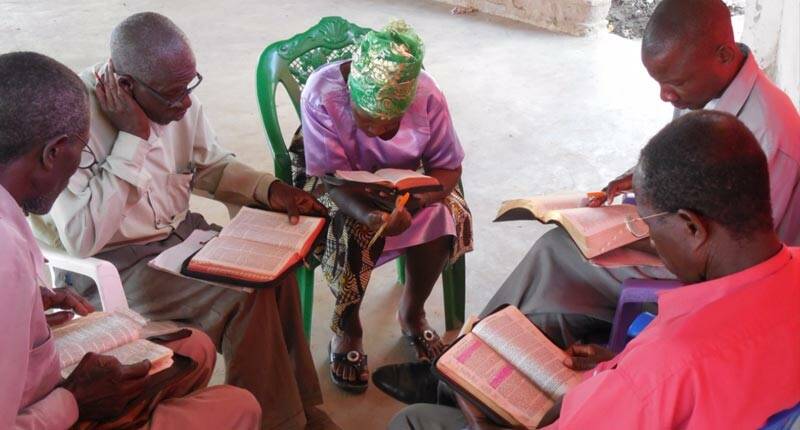 Pastors teach their communities to defend those accused of witchcraft

The accusations take on different forms in different places. In Tanzania where my family lived from 1995-2008, 7,500 people have been killed as suspected witches since 2000 (see posts by Steve Rasmussen). The trend is not decreasing, as over 600 suspected witches were killed in the most recent year reported. The accused (usually older women, especially widows) are blamed for causing sickness, death or preventing the rains. Once accused, they are shunned, threatened, thrown out of town, cut with machetes, burnt in their homes, or killed. In other areas, children or older men are more often accused, but their fates are similar.

Pastors are increasingly being accused. As spiritual authorities in their communities, they must deal with witchcraft accusations on many levels. Witchcraft accusations seem to morph into new forms, much like strains of a disease. For example, pastors have recently been challenged by “prophets” who come to their churches, seemingly filled with power and spiritual discernment. Some of these prophets act as “diviners,” naming congregants or pastors as witches. When these traveling prophets move on, they leave behind confusion, suspicion and discord in the church and community.

What can we do about the situation?

As missionary teacher Steve Rasmussen (my husband) and other researchers discovered how widespread witchcraft accusations were in this area, I, as an educator, and a group of pastor-teachers at Lake Victoria Christian College in Mwanza, Tanzania felt compelled to engage communities, particularly on defending those accused of witchcraft. In the eleven years of researching and theologizing together on the topic, and doing Hiebert’s critical contextualization together in various groups and classes, all of us had changed our perspectives on witchcraft. The Tanzanians learned to question accusations rather than accept rumors. We Americans learned about deeply-held beliefs and social outcomes of accusations. We envisioned communities coming together to go through a critical contextualization process. They would consider the research, face the situation truthfully, explore the Bible’s wisdom on the issue, and discuss what they could do about it. Since groups make the decisions in the villages, a dialogue group format was necessary and Kiswahili, as the uniting language in Tanzania, was used.

Therefore, we gathered a group of church leaders together to plan a train-the-trainer seminar for educational interventions that could then be conducted in villages in the region. Many of these leaders had been involved in the research on witchcraft accusations. Though sponsored by the Pentecostal Evangelical Fellowship of Africa, leaders came from various towns, churches, and communities in the region. The Tanzanians learned to question accusations rather than accept rumors.Besides Hiebert’s critical contextualization process, we utilized the systems of systems approach from missiology. From adult education, we employed principles from Mezirow’ perspective transformation and Freire’s critical consciousness.

Since this original seminar, these trained pastor-teachers have conducted seminars out in 15 villages in NW Tanzania in 2014-2015. A total of 1067 people attended these 3-day seminars, including pastors from various denominations, church leaders, villagers, a few (34) government leaders/ health officers, and 37 traditional elders/healers. They hope to conduct seminars in each pastorate in the future and to attract more government leaders, health officers, police, and traditional healers.

In each area, they invite government leaders, community elders, health workers, traditional healers, church leaders, and villagers through letters, announcements and word of mouth. The attendance grew each of the three days. At first, some people wondered if the teachers were spies, sent from the government. As they built credibility, more people came. They wished for more training on this, as the issue causes much upheaval in their communities. In support, government leaders even sent guards to keep the meetings secure in some villages.

What is taught in the seminars?

Given the sensitive nature of the topic, we realized the pastor-teachers would need an inductive introduction to the topic. After introductions, the group engages in dreaming about the ideal village (kijiji bora). What would it be like there? What is the current situation here? What are the obstacles preventing the achievement of this ideal village? What are the resources available? What can be done to move towards this ideal? In this discussion, witchcraft accusations inevitably arise.

From there, following the critical contextualization steps, the pastor-teachers present facts to shed light on the current situation. This includes area police statistics on the numbers accused and killed as witches as well as the Tanzanian laws on witchcraft and witch accusations. Then, in each village, several people accused as witches tell their stories. Some are pastors accused during times of leadership succession. Some are widows with land. Some come from families rife with disagreements or many deaths recently, making them the suspected cause. 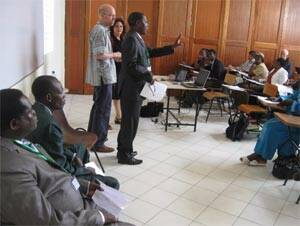 Pastor-teachers from Tanzania making presentation on witchcraft accusations at ASET in March, 2016.

Next, the pastor-teachers present Biblical truths. They clarify what the Bible teaches about diviners and that the Bible it does not teach that there are witches who kill people secretly, despite mistranslations in the Kiswahili Bible (see Robert Priest’s blog on translations). Then they discuss the Bible’s teaching on caring for widows, orphans, strangers, and the vulnerable. They teach on forgiveness, against spreading gossip, about the Accuser (Satan, the father of lies), about demons, and about God’s power over all powers.

As the groups connect the Biblical teachings to their lives, they discuss what they can do in their community. Some of the practical applications are to defend the accused, care for the orphans and widows, take those accused to the police instead of relying on mob justice, don’t spread rumors that are not founded in facts, and forgive one another.

Pastors attending the seminars begin to see the danger in interviewing demons (i.e. “who sent you”?) when they pray for deliverance, which is becoming a common practice, as demons are sent from Satan and they do not tell the truth. They discuss how to prevent false prophets coming into their churches to accuse people of being witches. They also talk about how to pray for people in ways that will not verify the accusations. Recent local cases are often discussed, making the teaching very real.

While the impact of these seminars is difficult to measure, many villagers report a new understanding of the laws, amazement at the prevalence of accusations, clarity on the meanings of the scripture (such as the mistranslation of Exodus 22:18 “Don’t let the woman witch live” in Kiswahili), and a renewed commitment to caring for widows and orphans in their midst. They are challenged to check out accusations rather than spreading rumors or quickly jumping to conclusions of guilt.

Part of a bigger movement

A recent conference on “Witchcraft Accusations and the Church” in Nairobi brought lead pastor-teachers together with researchers and other church leaders who are working to combat witchcraft accusations in Africa. In this unique forum, the pastors learned from others about the topic. They learned of a community program done with the police in SW Tanzania, where people are challenged to consider their assumptions before accusing with a simple hand gesture and phrase “How do you know”?). They learned how pastors are combatting child witch accusations in the DRC. Their example gives hope that, working together and with God’s power, real people can live their daily lives, not in fear of accusations, but in peace, trusting and fearing only God. (Unajuaje?They gave others hope as they shared their seminar approach and expertise as pastor-teachers in communities, teaching on the topic. After hearing their experiences, several Tanzanian pastors asked to attend their seminars to learn how to handle this issue in their part of the country. Others from around the world wanted their curriculum. These are the beginning steps of more cross-fertilization on the church’s role in this issue.

These meetings beautifully exemplified the church coming together at all levels (researchers, local pastors, bishops, missionaries, teachers, advocates, and Bible students) to deal with a very real social justice issue in Africa. Kudos to the co-sponsors: The Henry Center of Trinity Evangelical Divinity School (TIU) and Africa Society of Evangelical Theology for the two-day colloquium and conference in early March 2016.

Conference attendees recognized the need for more collaboration to address witchcraft accusations better as Christians. A coalition was born out of this colloquium, called “Light: Christians Addressing Witchcraft and Witch Accusations.” This Africa-based, worldwide community strives to bring light to local communities, like these pastor-teachers are doing, village by village, seminar by seminar. Their example gives hope, that, working together and with God’s power, real people can live their daily lives, not in fear of accusations, but in peace, trusting and fearing only God.

Note: Some of the content of this post summarizes parts of a chapter that Janice wrote on “Loving witches: A Christian educational intervention to help those accused of witchcraft in NW Tanzania,” in Wildsmith, Andrew, ed., Christianity and Suffering: African Perspectives (Langham with ASET, forthcoming, 2016). 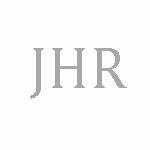 Janice has lived and ministered in East Africa since 1995. She has worked with and researched immigrants and international students and their learning experiences. This has led to studies in cross-cultural adjustment, multi-cultural educational issues in teaching and learning, curriculum, and international/comparative educational.
All posts by Janice Horsager Rasmussen
View Add a Comment
The Church as Astonished WitnessAnnouncing the 2016–17 Stott Award Recipients
Sapientia RSS
Newsletter Sign-up
More in Church & Culture See All
More in Witchcraft Accusations See All