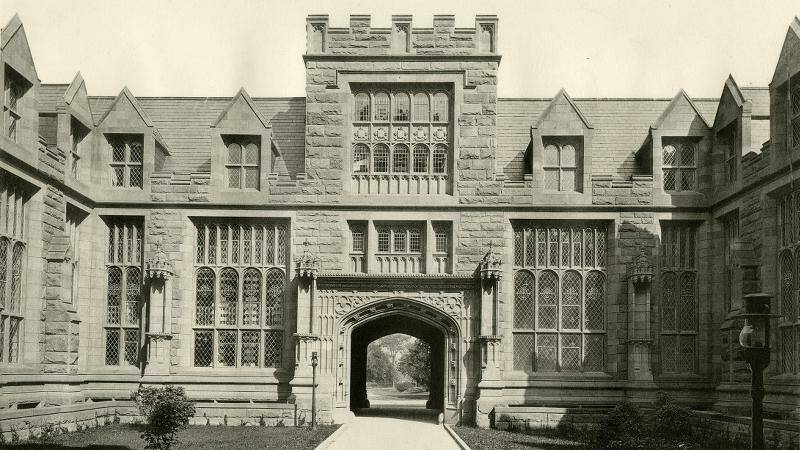 As the historian among the contributors to Sapientia, I’ll be presenting instructive episodes in the history of the interpretation of Genesis (and the Bible more broadly) in light of modern geology and evolutionism.

There are plenty of them, and I’m looking forward to bringing them to your attention, along with my reflections on their present bearing. Likely topics include:

I hope these suggestions will whet your appetite.

In this first post, I want to ponder how the discipline of history can inform our thinking on the science-theology relationship. History is a great help in understanding big questions in science and religion, and it’s a great help also in working through specific issues like those posed by evolutionary science to Christian belief. Fine minds have concerned themselves with these things in the past, and so perhaps the most obvious way in which historical study can help us with science-religion issues is by showing us what luminaries like Augustine and Luther thought about them. If John Calvin really taught what B. B. Warfield claimed was “evolutionism in its purest form,” that carries a lot of weight with many people. The Princetonians were emerging as champions of biblical inerrancy at the same time they were accepting and even teaching a qualified evolutionism.It’s also such a surprising claim that it jolts us into the possibility of seeing not only the answers, but the very questions, in a different way.

This is what I myself experienced in my work on the evolution question at Princeton. I found that in the very year of the publication of the definitive definition of biblical inerrancy—an article titled simply “Inspiration” in the Presbyterian Review (1881), by Princeton theologians A. A. Hodge and B. B. Warfield—the doctrine of evolution was being taught for the first time at Princeton College. Yes, the Princetonians were emerging as champions of biblical inerrancy at the same time they were accepting and even teaching a qualified evolutionism. This struck me as puzzling, even anomalous. I had expected the people who accepted evolution to be “going soft” on biblical veracity. But here were the quintessential defenders of inerrancy, the leaders of the pack in the battle for the Bible in the nineteenth century, making a kind of peace with evolutionism. How could that be?

This puzzle drove me deeper into the history of the evolution question, and opened me up to the thought-world of a century and more ago. I found it a familiar, yet unfamiliar, place, as if in a color print the registration were a bit off. I found especially that the concerns I thought were “obviously” foremost in the evolution question were not the ones our evangelical forebears focused on. I was confronted with a new way of seeing—commensurable, surely, with my previous ideas, but nevertheless still different. I found my task as a historian had first to be to get the past right, to understand these 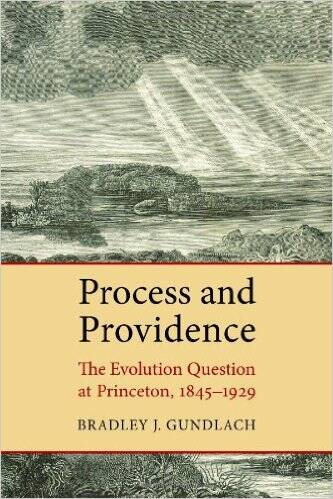 people on their own terms—and that it would take careful reading, patience, and an open mind. I ended up with a firmer idea of what really matters in the evolution question, and I found a lot more developmentalism in the Princeton theology than anyone had noticed before. The result was my book, Process and Providence: The Evolution Question at Princeton, 1845-1929.

I tell this story to bring out what I take to be the main contributions that historical understanding can bring to science-religion questions. They are:

Learning from great minds. Religious questions are perennial questions. They have been handled before. We need to keep in mind the different situations and thought-worlds of the past, not making the mistake of thinking we speak exactly the same language and are addressing exactly the same matters—but we stand to benefit hugely from the devoted and careful thinking of the people we admire in history.

Learning from their mistakes. Sometimes the hindsight we enjoy can enable us to see how ideas in the past worked themselves out in unanticipated and undesirable ways. Here we have to be careful, because it is very easy to rush to judgment.

Learning patience and humility. We all are prone to the temptation to dismiss those with whom we disagree. Taking the time to get inside the head of a past thinker—particularly one we admire, but who turns out to think a little differently than we do—trains us toward a more generous, humble, and quiet spirit. Especially in the realm of science and religion, we need such a spirit, willing to let God be God, unafraid that He will be disproved, willing also to learn what battles are worth fighting and what ones are not.

These thoughts of mine are not particularly new or original. If you’d like to read more on the value of historical study specifically, and of encountering past voices generally, I recommend: 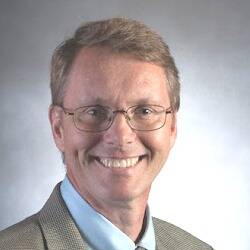 Bradley Gundlach (PhD University of Rochester) is the Director of the Division of Humanities and Professor of History at Trinity International University. Bradley recently published Process and Providence: The Evolution Question at Princeton, 1845-1929 (Eerdmans, 2013).
All posts by Bradley Gundlach
View Add a Comment
Human Origins: A Test Case for Pastoral LeadershipThe Sparking Story of Aru Witch Hunt
Sapientia RSS
Newsletter Sign-up
More in Reflection See All
More in Creation Project See All