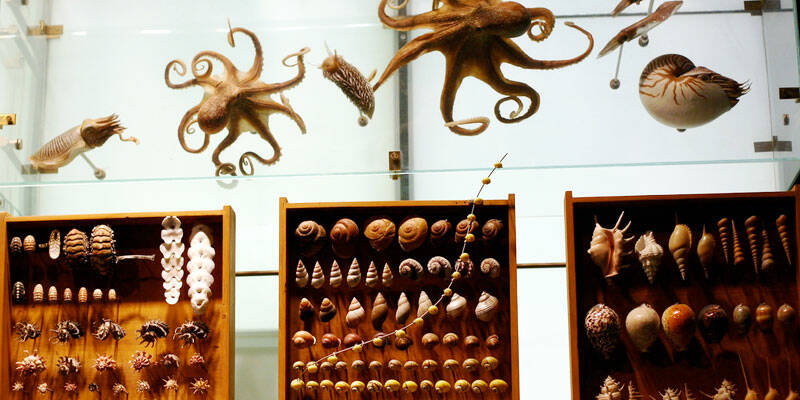 Where Angels Fear to Tread: A Fresh Conversation (Part I)

Choose science and abandon faith; or, if you’re a Bible-believing Christian, then stick your head in the sand like an ostrich and deny everything mainstream science is telling us.

Such are the stark options for a growing number of evangelical teenagers and millennials whose lives are saturated with science and technology.See David Kinnaman, You Lost Me: Why Young Christians Are Leaving Church . . . and Rethinking Faith (Grand Rapids, MI: Baker, 2011), 131–48. And for most of them, it’s a no brainer—science wins easily, hands down. They’re turned off by images of conflict between science and religion, and no one wants to be the fool saddled with an anti-intellectual, anti-scientific faith. So young people are joining the mass exodus, shaking the dust off their feet, and deserting their rigid churches with their fruitless controversies over science and faith.

This familiar narrative is also a myth.

As careful sociological studies have shown, it’s not true that evangelical young people are being seduced by science away from faith. While some are, they’re not the norm—there is a more nuanced story to tell.Jonathan Hill and other sociologists have shown that this narrative is not a fair description of what is actually happening; see his Emerging Adulthood and Faith (Grand Rapids, MI: Calvin College Press, 2015), 47–58. And yet, these fears do point to broader, more legitimate concerns about the relationship between science and theology, and the proper role for science in life and faith. Part of the problem is that many of us grew up believing that science and theology are mortal enemies, engaged in a battle to the death. We can thank people like Richard Dawkins for popularizing such stories. And long before the New Atheists, this warfare metaphor can be traced back to two highly influential books of the nineteenth century—John Draper’s History of the Conflict between Religion and Science (1875) and Andrew White’s A History of the Warfare of Science with Theology in Christendom (1896). Both books made loud boasts about science winning the war, gaining ground, while woeful religion was falling back in retreat, defeat imminent.

Thanks to the brilliant work by John Hedley Brooke, professional historians have been advocating a “complexity thesis” instead of the conflict thesis. The idea here is that relations between science and Christianity have been complex, diverse, subtle, surprising, tangled, and messy. It’s too simplistic and naïve to say that science and theology are in perpetual war with each other. The connections between the two have been far more interesting and sometimes very intimate. Historians tell us, rather than imposing our own unhelpful, artificial constructs, we’re far better off examining the protagonists themselves, actual scientists and actual theologians, to see their specific views on concrete questions and concerns.Despite the immense helpfulness of the complexity thesis, more needs to be said in my opinion—e.g., see my “‘A Rock of Offense’: The Problem of Scripture in Science and Theology,” Ex Auditu (forthcoming).

These are not new questions. Long before the rise of modernity, Christians have been wrestling with the relationship between theology and science (previously referred to as ‘natural philosophy’). However, those questions became a distinct academic project when Ian Barbour published his Issues in Science and Religion (1966). For the first time, “science-and-theology” was seen by academia as a field of study and research. That same year, the first science-and-theology journal Zygon was founded. Several other journals have appeared since then, e.g., Theology and Science, Science and Christian Belief, and Perspectives on Science and Christian Faith. Interestingly, the latter journal, published by the evangelical American Scientific Affiliation, was founded in 1949 and predates all these publications. Our goal in this corner of Sapientia is to speak primarily to evangelicals as we try to unpack some of the complexity in science & theology from within the horizon of theology.Other big players are the Center for Theology and the Natural Sciences at Berkeley, the Zygon Center for Religion and Science in Chicago, and BioLogos in Grand Rapids. There is much afoot internationally as well, including key centers of science and religion at Oxford (the Ian Ramsey Centre), Cambridge (the Faraday Institute), and Rome (the Vatican Observatory).

Our goal in this corner of Sapientia is to speak primarily to evangelicals as we try to unpack some of the complexity in science and theology from within the horizon of theology. We want to press past the simplistic rhetoric to shed light on the important issues and questions. This multi-layered dialogue will remind readers of Joseph’s special coat, with its many colors and textures—e.g., opinion pieces, commentaries, interviews, book reviews, and much more. Joining me as featured contributors are Richard Averbeck, Kirsten Birkett, Darrell Bock, Brad Gundlach, and Todd Wilson (their bios will be available on this site). A motley crew indeed—and a theologian to lead them all! . . . Ahem . . . Well, not exactly; anyway, you’ll be hearing from us, but we’ll also open up the conversation to include other informed voices, including those with whom we disagree. As I will suggest in the next post, this can be a prickly, sometimes explosive, dialogue with unique and difficult challenges.

Since fools rush in where angels fear to tread, this discussion requires care and wisdom, but it’s worth all the effort.