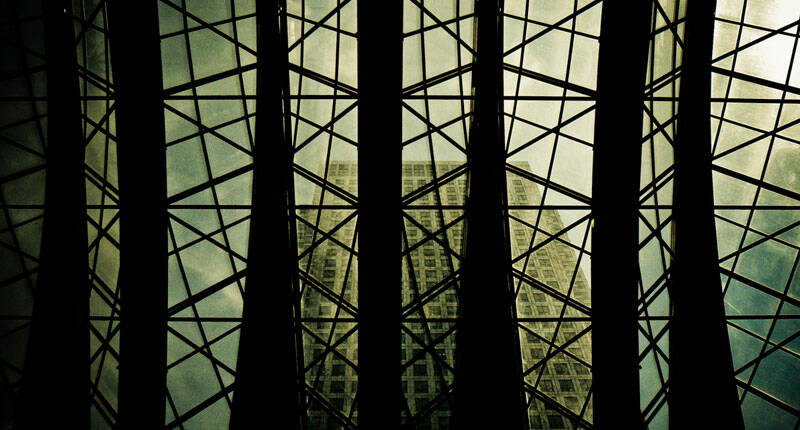 Theological Anthropology: A Review of Webster’s “Eschatology, Anthropology, and Postmodernity”

If he is known for anything, John Webster’s name stands for “theological theology” and a fastidious, full-throated commitment to doing theology as if God mattered and as God continues to act.

His much-discussed Oxford inaugural lecture heralded a reorienting of the theological task away from conversations or earlier correlations and back toward what could be called confessing God. In various writings over the years, he would commend the genres of commentary and catechesis as primary to the Christian Webster shared Barth’s concern that a theocentric focus never forget the wider circumference where the works of God, in nature and grace, brings about life and blessing in the creaturely realm. intellectual task, over against the dominance of critical theory in its various applications. He was rather unimpressed by iterations of “theology and …” when not sure that one had first taken the time to think theologically. Always and everywhere, Christians must begin with and remain fascinated by God. It would not be inappropriate to say perhaps that the characteristic which most marked John’s work was being theologically alert, cognizant that “God is not summoned into the presence of reason; reason is summoned before the presence of God.”John Webster, “The Holiness of Theology” in Holiness (Eerdmans, 2003) 17. This essay remains my favorite Webster essay.

It is not coincidental that Webster’s trenchant research in the 1990s and early 2000s into Karl Barth’s theology increasingly led him to focus upon the work done in the 1920s when Barth was being prepared for his task as a church dogmatician. First, Webster found in Barth an example of one who felt unprepared for the task at hand by his modern training and who thus set himself to a rigorous program of ressourcement. When Jason Byassee and I interviewed John a decade ago, he spoke with explicit regret regarding his training in the world of modern Protestant divinity and philosophy (surely too hard on himself!), and with conviction regarding his decided commitment to immerse himself in the catholic tradition of the fathers, medievals, and the early and Orthodox Reformed.Jason Byassee and Mike Allen, “Being Constructive: An Interview with John Webster,” The Christian Century 125, no. 11 (June 3, 2008), 32-34. Second, Webster shared Barth’s concern that a theocentric focus never forget the wider circumference where the works of God, in nature and grace, brings about life and blessing in the creaturely realm. His work on Barth’s moral ontology was meant to offer a distinctly Christian and theological angle on genuine human being and action. And it was a concern that he never left behind, even as he turned from intensive exposition of Barth to deeper engagement of the Christian tradition.

Though Webster is most known for commending a theological theology, then, I believe we miss his project’s tenor if we fail to see how he also committed himself to developing a theological anthropology. One of the earliest such essays was entitled “Eschatology, Anthropology, and Postmodernity,” later published in Word and Church as “Eschatology and Anthropology.” Why address these three topics together? Most importantly, why talk of postmodernity at all?

In seeking to assess how he spoke “in” the postmodern context though was not responsible “to” it, it will be important to recognize Webster’s negative judgement about the flourishing of critical methods: “[T]he explanatory success of critical philosophy depended upon the incapacity of Church and theology to deploy doctrinal and exegetical material to meet its challenges.”Webster, “Discovering Dogmatics,” in Shaping a Theological Mind: Theological Context and Methodology (ed. Darren C. Marks; Aldershot: Ashgate, 2002), 131. Webster sought to redeploy concepts culled from Scripture, and this essay sketched two such areas where the postmodern era seemed to be suffering the lack of fundamental Christian concepts. In so doing, he drew together concerns for two areas that I personally had been taught to keep apart: narrative theology and theological metaphysics.

On Ends: Tracing the Scriptural Story

The first loss in the postmodern era is the “dissolution of teleology.” All is play. Nowhere is there purpose. Responses from Christians have tended to take the form of commending a biblical narrative ending in glory. Webster himself has signaled the importance of a story – the humbled appearance of the Son and his future return in glory – which frames our theological work and the very being of the church. His essays regularly sketched the broad contours of the biblical storyline, considering a theme in light of its key moments. We do well to ask, then, does confession of a “grand narrative” involve an unavoidable identification of the gospel with “the abuse of that narrative as if the future of God’s coming were ‘to hand’” (20)? To do so would, presumably, be to fall into the ills of all metanarratives (so Lyotard and others who are now legion).

Fending off such ills, Webster argues for two needed specifications which render our hope precise and distinctly Christian and, as such, life-giving. “First, the fundamental content of Christian eschatology is the personal identity of the one who was and is and is to come, and only by derivation is it teleological. Its core is not the elaboration of a scheme of historical purposes, but the coming of Jesus Christ” (21). Eschatology is ultimately personal and fundamentally about presence. “Second, this coming of Jesus Christ, and thus Christian eschatological talk which tries to indicate his coming, is promissory, not possessive, in character” (21). The posture of eschatology is prayer, not presumption of immediacy now; the sense of eschatology is faith, not sight of that which might be available already.

On Natures: Teasing Out Scriptural Metaphysics

The second loss in postmodernity is “the dissolution of the human subject,” that is, of any concept of nature or substance. These terms had fallen into disrepute as totalizing categories taken to be nothing more than the globalizing extension of the preferences of the powerful. “Ontotheology,” or any concern for natures, essences, and substances at all, has been a word to be feared.

Though we have seen his employment of redemptive history already, we must note also that Webster breaks with some critics of postmodernism – such as Calvin Schrag – in arguing that a return to narratival development of identity will not be sufficient (26-27). Webster invokes the language of “field” and “space” for “moral selfhood and action,” quickly specifying what such terms evoke: “It is an account of the identity of God (the triune creator, reconciler, and perfecter); an account of the identity of the human agent as both a divine gift and a human task; an account of the encounter between this God and his creature; and an account of the differentiated teleology of their actions” (27). Space is more than story and involves concepts such as nature, not merely narrative. Genuinely theological anthropology must also address metaphysics, specifically, the concept of human nature.

I have never regretted my schooling early in the Presbyterian tradition of covenant theology nor later in evangelical approaches to the modern discipline of biblical theology. But Webster’s wisdom helped me see something of the significance of story and metaphysics. In later years, John would offer a wider frame to his anthropology, starting not only with the narrative history of the eschatological but beginning further back in the inner life of God and the protological. His later essays would unfold in a thicker manner, and he sketched a number of aspects of human being, existence, and action along such lines to great effect.I have traced this development and underlying continuity in Michael Allen, “Toward Theological Anthropology: Tracing the Anthropological Principles of John Webster,” International Journal of Systematic Theology (forthcoming January 2017). They would also flesh out, exegetically and materially, the way in which ends and natures were addressed. In many respects, this essay represents his early work in Christian dogmatics and does not exemplify his mature efforts, which came a decade later. He taught me that a theology oriented by the gospel itself will invariably move from theology proper to theological anthropology and that our thinking about anthropology, like everything else, must always be attentive to God. “From Him and through Him and to Him are all things.” John never tired of reminding us and exemplifying for us that posture of being theologically alert, so that, we might say in all things, “To him be glory forever. Amen” (Rom. 11:36). 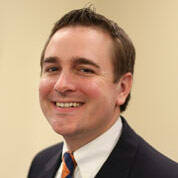