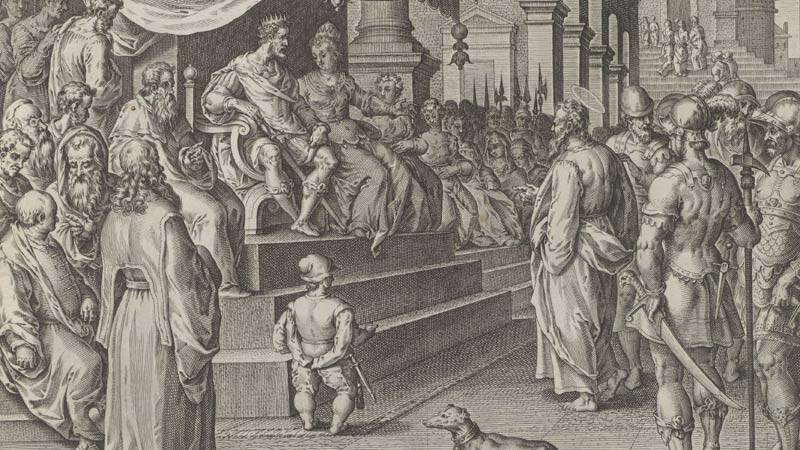 In beginning his discussion of the thorny questions that surround the relationship between the church and the state, Philipp Melanchthon (1497-1560), Martin Luther’s successor as the leader of the reform of Germany, sets forth a logical rationale for the need of civil government. Many aspects of life, he argues, are not immediately related to the gospel, but nevertheless need to be ordered for the efficient function of society, allowing space for the gospel to be preached and the fruits of the spirit to be exercised.

Let everyone be subject to the governing authorities, for there is no authority except that which God has established. The authorities that exist have been established by God. Consequently, whoever rebels against the authority is rebelling against what God has instituted, and those who do so will bring judgment on themselves. For rulers hold no terror for those who do right, but for those who do wrong. Do you want to be free from fear of the one in authority? Then do what is right and you will be commended. For the one in authority is God’s servant for your good. But if you do wrong, be afraid, for rulers do not bear the sword for no reason. They are God’s servants, agents of wrath to bring punishment on the wrongdoer. Therefore, it is necessary to submit to the authorities, not only because of possible punishment but also as a matter of conscience. This is also why you pay taxes, for the authorities are God’s servants, who give their full time to governing. Give to everyone what you owe them: If you owe taxes, pay taxes; if revenue, then revenue; if respect, then respect; if honor, then honor.

Life in the state . . . does not belong to the gospel, but to the judgment of reason and the counsel of the magistracy. Passing laws about contracts, successions, court actions, punishments, war and similar civil or forensic things belongs to reason, like matters of architecture or the art of physicians. Nevertheless it is necessary that there be a word of God about the use of these arts for two reasons: that the works of God may be acknowledged and that we may know their use is permitted to the godly, because our works need to have a testimony from the Word of God.

Let readers here note first to what extent the gospel speaks about political matters in general. They should remember that the gospel does not set up any kind of worldly government, but approves the forms of government of all peoples and the laws about civil matters that are in agreement with reason. Thus it approves of medicine and the art of building. At the same time the gospel teaches the godly properly about spiritual and eternal life in order that eternal life may be begun in their hearts. In public it wants our bodies to be engaged in this civil society and to make sure of the common bonds of this society with decisions about properties, contracts, laws judgments, magistrates and other things. These external matters do not hinder the knowledge of God from being present in hearts or fear, faith, calling on God and other virtues. In fact God put forth these external matters as opportunities in which faith, calling on God, fear of God, patience and love might be exercised.

“The Ministry to Gentiles Is for the Benefit of the Jews.” Martin Luther on Romans 11:13.