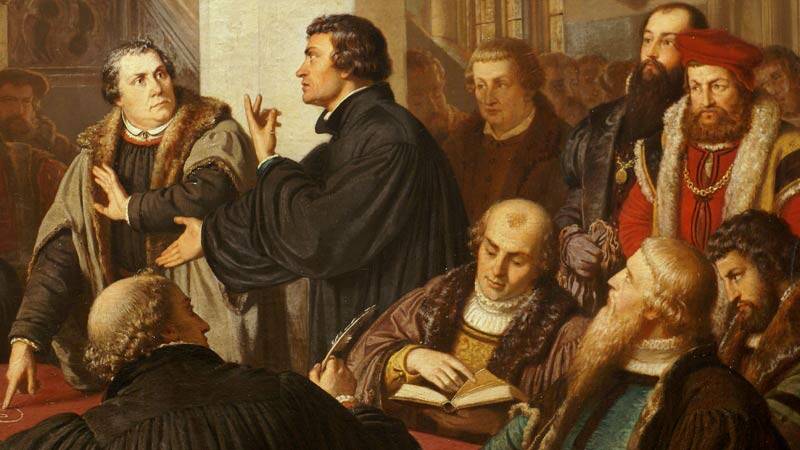 In his interpretation of Romans 14, German Reformed theologian Wolfgang Musculus (1497-1563), like many of his contemporaries, frames his discussion around the distinction between primary, indisputable matters of faith, and those things that are adiaphora, or indifferent to faith. Christian freedom, he argues, should not result in controversy and division on account of these secondary matters, but rather should be exercised in a way that takes into consideration the consciences of all believers.

Accept the one whose faith is weak, without quarreling over disputable matters.

It is an ancient disease in the church that although we very well agree in the primary matters of faith, nevertheless there are controversies on account of indifferent matters, because those who are weak in faith and more superstitious cling to them, and those who have some knowledge of Christian liberty abuse their liberty and by neglecting love become a stumbling block to the weak. And so endless controversy is spawned between the two factions, so that those who seem strong in faith despise the weak, and in turn the weak judge and condemn those who use their liberty. Since it is shameful that Christians skirmish fiercely among themselves over matters not necessary for salvation and meanwhile neglect what is most important in Christianity, namely mutual love, it seemed good to the apostle to settle the controversy and to prescribe his mišpāt [“judgment”] to both factions, so that love would be preserved. Now this controversy had arisen either from a wrongheaded ambition for the law, which did not permit some sorts of food to the Jews and commanded the observance of certain days; or certainly from the wicked superstition of false apostles in which they pressed ceremonies of the law and taught that these ceremonies were to be preserved in the church. Then, out of the apostle’s teaching he taught freedom from the ceremonies of the law, so that he took into consideration the consciences of Christians, and he led them into sincerity and purity of faith and knowledge of Christ in whom alone there is salvation for all.

“The Ministry to Gentiles Is for the Benefit of the Jews.” Martin Luther on Romans 11:13.