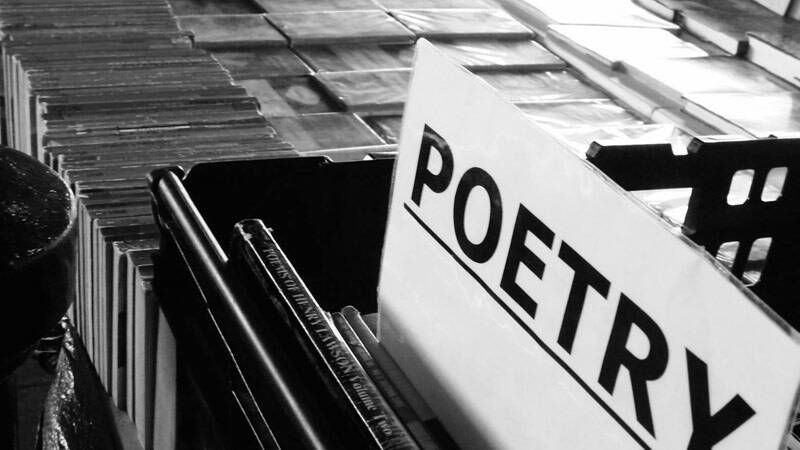 RIP, Genre: The Idea Has Run Its Course

The English language borrowed the word genre from French, which was in turn derived from Latin genus.From the genitive generis, which explains the r in French.
We use these words to classify things, especially art forms: “The Stray Cats play music mostly in the rockabilly genre.” I know what to listen for when I find the music videos, and I also know that my late father-in-law—an accomplished professional classical musician with highly refined taste—wouldn’t have liked them.

The Challenge of Genre Arguments

We apply this classification to reading as well, and here’s where we run into problems. The Chronicles of Narnia are in the genre — which? Children’s literature? Fantasy? Mock medieval adventure? But E. Nesbit’s Treasure Seekers and A.A. Milne’s Winnie-the-Pooh are also children’s literature, and The Lord of the Rings is either fantasy or mock medieval adventure. The problem with the word genre is its flexibility: it can be used for too many things, which is bad for a technical term!

How about Psalm 23? Is its genre poetry, or lyric, or psalm of confidence? I have seen all three, even in the same scholar’s discussion. The word is intended to give you some idea of what to expect, and how to read; but it cannot do so when it is so flexible. In my book Did Adam and Eve Really Exist I declared genre to be a “word that has multiple, and unregulated, meanings” (35). 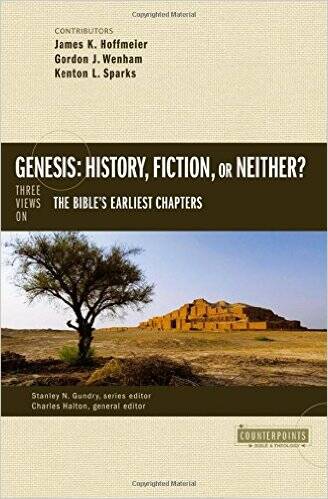 How much heavy lifting can the idea of genre do?

This problem of flexibility came to the fore when I was reading Genesis: History, Fiction, or Neither? (ed., Charles Halton; Zondervan, 2015). The contributors were asked to identify the genre of Genesis 1–11, and to derive reading strategies based on their identification. One author, James Hoffmeier, says that it is “history,” particularly a part of the “family history” that is Genesis. But he also suggests that within its sections, “different literary genres might be used.” He uses his extensive knowledge of the ancient Near East to argue that it is reliable history, although not with the “historiographical precision” you might expect from a journalist. (I do wish people would quit using journalists as exemplars of precision or thoroughness or neutrality, but never mind.)

The second author, Gordon Wenham, argues that we can derive the theological message of Genesis 1–11 without being sure of its genre. As to genre, he offers “protohistory,” and, specifically for Genesis, “expanded genealogy” as the backbone. The next author, Kenton Sparks, finds several genres in Genesis 1–11, from myth to symbolic narrative to legend to tale (“short fictional narrative”). In the end, he suggests that Genesis 1–11 is a composite work, with competing voices and perspectives, through which we must sort.

The Social Location of Genre

Now, my sympathies are with Hoffmeier and Wenham in this effort, but that’s not my point. Rather, I am saying that each of the contributors was trying to do too much with the word genre.

In 1984 Carolyn Miller, a professor of English, published “Genre As Social Action” (with updates in 1994 and 2015), in which she argued that “a rhetorically sound definition of genre must be centered not on the substance or the form of discourse but on the action it is used to accomplish.” I find her argument helpful; and I derive from it that the social function of a text is one dimension, while literary form and style are two more dimensions, and there may be more. In Biblical studies we have sometimes been trying to capture all of these dimensions with the word genre, and sometimes just a few of them; the trouble is that we haven’t been self-aware. In the case of the Genesis 1–11 book, I think the contributors are often missing each other’s points.

Coming back to Genesis 1–11: the term “protohistory”—at least as used in AssyriologySee William Hallo and William Kelly Simpson, The Ancient Near East: A History (1997).—designates, not a literary form or style, but a social function: to tell the story of the distant past as part of the worldview story that gives a community its distinctive identity and values. The Mesopotamians had “prehistory” and “protohistory” in the literary form of narrative poems that told of creation and flood (such as Atrahasis), as well as King Lists. We can compare Genesis with these if we wish; we can say that the social functions are similar, while the literary forms differ. The Biblical contents, of course, display stark differences from those in the Mesopotamian sources—say, in the nature of deity, in the relation of deity to the world, in the ideals for human community.

Genesis 1–11 uses narrative prose, but that doesn’t tell us what we need to know either. The question still remains what kind of narrative style we have. The idea that all narrative is the same and should be read “literalistically” is startling, and it defies the evidence. To call something history does not settle the question of how we should read it, nor even of what we should be getting out of it.(You can find this idea coming from literal creationists, who are fond of citing the critical scholar James Barr as their ally.) Narratives range from “high” in style to “low,” from detailed to broad-stroke, from “straight” in description to pictorial; from thorough to episodic, and so on.

Well, what about “history”? Isn’t that a genre? Unfortunately, the word “history” has lots of meanings as well, and therefore this question doesn’t really help us. When we ask whether something in the Bible is “historical,” what we mean—or at least should mean—is whether the persons really existed, and whether the events really happened. That is, we’re not asked to choose between, say, history and poetry. Biblical authors can, after all, talk about real persons and events in the Psalms (e.g., 78; 105–106; 136), and in the victory song of Deborah (Judges 5). Even the narratives can vary in how they describe the events. In Matt. 21:33–41 Jesus tells a story (a narrative), which we call “the parable of the tenants.” It is actually a highly schematic recitation of Israel’s history, with a focus on their persistent rejection of the prophets (which makes it clear what Jesus expected them to do to him).

To call something history does not settle the question of how we should read it, nor even of what we should be getting out of it. So “history” is not a literary form, nor is it a manner of describing; rather, it is a means of referring to real events and persons through a variety of literary forms and styles (according to the author’s purposes). Further, to say that there are real persons and events is not the same as saying that a modern reader can verify their existence.

Some Help from C. S. Lewis 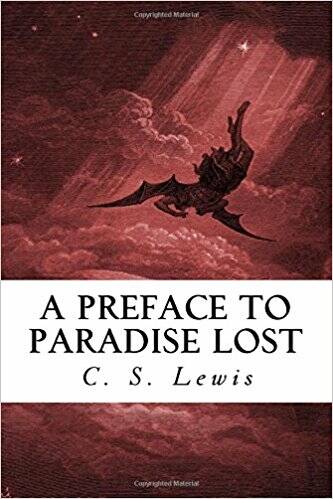 Almost everything is clarified by this helpful observation from C. S. Lewis. He opened his book on John Milton’s famous poem, A Preface to Paradise Lost (1942), with the profound assertion: “The first qualification for judging any piece of workmanship from a corkscrew to a cathedral is to know what it is — what it was intended to do and how it is meant to be used.” We can break this down into its components:

This is what we need if we’re going to read well.

Let’s send the word genre off to a comfortable retirement. It got us started, but it is time to move on to a fuller appreciation of the is-ness of the Biblical texts, one that will give us better guidance in how we can appropriate it responsibly as Scripture.

Let’s come back to Genesis 1–11. Its social function is to narrate prehistory and protohistory, with a view to laying the groundwork for the Pentateuch’s formation of Israel’s identity — to reinforce God’s calling: this is who we are, this is where we come from, this is what God intends to do in us and through us; these are the things we are called upon to like and to value. The narration would most often be read aloud in the public sacred gatherings of ancient Israel, and thus also in our Christian services of worship. Its literary form is predominately narrative, with styles that differ from pericope to pericope. Does it aim to tell history? Yes, in the sense that it speaks of real persons and events—even if we have difficulty in locating them precisely in time and space with the tools we currently have.

The overall story—of an initially good creation, suitable for habitation and rule by humans exercising wisdom and benevolence; the intrusion of sin into human life, spoiling and disrupting human community; the good Creator steadfastly committed to redeeming his creatures and planning how to bring restoration and eventual fulfillment to them all—this story, I say, rings true. It makes sense of Israel, and it makes sense of Jesus. It enlists you and me to live loyally toward God, to like what he likes, and to embrace our place in the community of his faithful, the community that is a place where together we aspire to be good, and also provide safety for those who aren’t very good at being good, and is the key player in this unfolding story.

C. John “Jack” Collins (PhD University of Liverpool) is Professor of Old Testament at Covenant Theological Seminary, and was a Senior Research Fellow for The Creation Project. He was Old Testament Chairman for the English Standard Version of the Bible, and is author of Reading Genesis Well: Navigating History, Poetry, Science, and Truth in Genesis 1-11 (Zondervan, 2018) and Did Adam and Eve Really Exist?: Who They Were and Why You Should Care (Crossway, 2011).
All posts by C. John Collins   |   follow on &
View Add a Comment
Simple, Excellent and Honorable Greetings as Examples for UsAn Early Retirement? An Interview with C. John Collins
Sapientia RSS
Newsletter Sign-up
More in Reflection See All
More in Creation Project See All