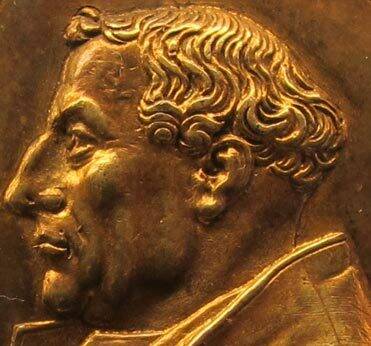 As Christ’s hour of glorification approaches, Martin Bucer (1491-1551) in his Commentary on John sees the coming of the Greeks as a preview of the spread of the gospel of salvation, which will only fully bear fruit after the death of Christ. More than this, however, he also finds in Christ’s death an example for all believers. Those who are saved through Christ’s death should also commit themselves to following the will of the Father, whatever costs it might bring, and indeed, their yield too may be increased by their own death.

Very truly I tell you, unless a kernel of wheat falls to the ground and dies, it remains only a single seed. But if it dies, it produces many seeds.

It is as if he is saying, “At last the time has come when I, who have thus far lived among my own as a despised son of man, am honored by the elect throughout the whole world as Christ, the Savior of the world. But I truly assert that this cannot happen unless I go to meet death. That is why, as the time approaches, you see my glory more than it ever shined before. You have seen how the Jewish people received me with great pomp. Now you see that the Greeks are also present and are eager for me. Therefore, learn that life and salvation must be sought through death. For just as a grain of wheat, unless falling to the earth before it dies, remains alone and produces no fruit, so if I do not die, I will produce no fruit. But when I am dead, I will bring forth fruit in the whole world by bringing many to the Father. Then my gospel will certainly bring forth fruit among every creature under heaven. In the same way your death will be fruitful both for your- selves and for others. Therefore, do not be too fond of this life, but follow my example by freely committing your life to the will of the Father.”

“Christ Places Himself Under the Law to Redeem Us From It.” Martin Bucer on Luke 2:21.