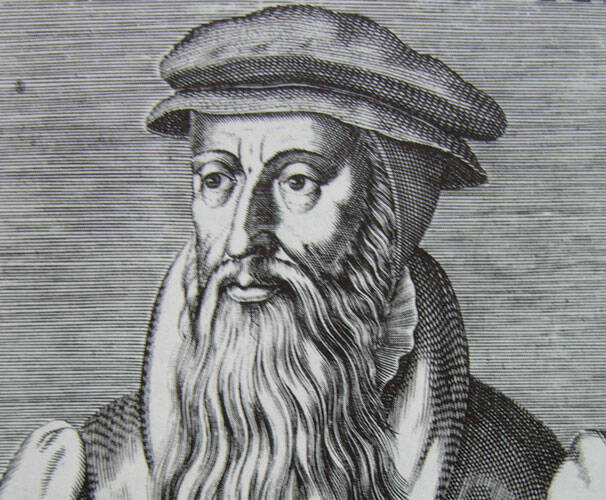 John Knox (1513-1572) was the chief architect in the reformation of the church in Scotland.  In his A Fort for The Afflicted Knox reflects on David’s anguish in the first of the penitential psalms, seeking to reassure believers that pain and suffering do not serve as signs of God’s absence. Rather, as in David’s case, during these difficult times, the Holy Spirit is working to bring about repentance and restoration.

Turn, Lord, and deliver me;
save me because of your unfailing love.
Among the dead no one proclaims your name.
Who praises you from the grave?

It seems to David—being in the extremity of his pain—that God has altogether departed from him. For the flesh, indeed the whole person, always judges in this way when trouble continues for any duration of time. David had sustained trouble many days; he had prayed and yet was not delivered. And therefore he judges that God, being offended by his sins, had left him. And yet it is plain that God was with him, working repentance in his heart by his Holy Spirit, expressing forth those sobs and groans, as well as the desire he had to be restored to that comfort and consolation which sometimes he had felt through the familiarity which he had with God. All these motions, I say, were the operations of God’s Holy Spirit, and yet David could perceive no comfort or presence of God in his trouble but lamentably complains. . . . By this it is plain that even the elect themselves sometimes are without all feeling of consolation, and that they think themselves altogether destitute. . . . But David in his anguish remembers that God had formerly been familiar with him. For he says, “ Turn again, O Lord,” indicating that before he had felt the sweetness of God’s presence, but now he was left to himself without comfort or consolation.