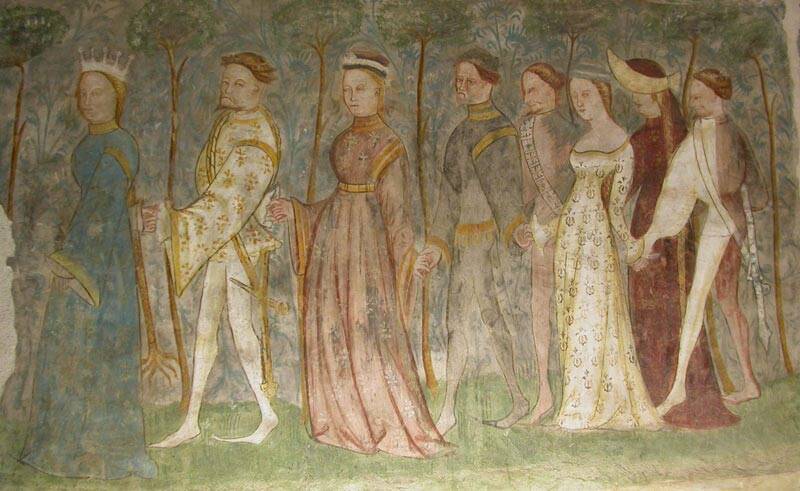 In considering the often contentious matter of dancing, Martin Bucer (1491-1551) in his De Regno Christi demonstrates pastoral sensitivity and a pragmatic approach to Christian life.

Recognizing the human need for recreation and relaxation, Bucer does not outright ban believers from dancing. Rather, reflecting on the actions of the women who met David dancing and singing after he defeated the Philistines, Bucer sets circumspect limits upon dancing, arguing that all actions should be edifying and appropriate to the faith, and that young men and young women should dance separately.

When the men were returning home after David had killed the Philistine, the women came out from all the towns of Israel to meet King Saul with singing and dancing, with joyful songs and with timbrels and lyres.

Because human nature has that feebleness by which it cannot always concentrate on grave and serious things but demands other rest besides sleep, there must also be provision made for certain rest from work and useful studies and a certain recreation of the strength of the spirit and of the body in play and games. This is especially the case when grave and serious things have been satisfied in wise moderation and prudence, insomuch that the kind of game is prescribed and exhibited for adults and youth in such a way that they do not have to fear any lessening of morals or delight in wicked idleness, and in a way that there can also be gained a certain strengthening of health as well as some addition in the cultivation of the mind. . . . These games should come from musical and gymnastic art. From this music should come poems and songs that present nothing futile, nothing inappropriate to the Christian profession and nothing obscene and wicked, but only sounds that set forth the praises of God and of his servants from all his works and judgments as these are set forth in holy Scripture. . . . To these may be added dances, but the dances of godly girls should be separate from the dances of young men, which may be danced to pure, wholesome and holy songs, with chaste and modest motion that befits those who profess godliness. . . . Such was the dance of holy girls who celebrated a song of victory for David and Saul when they returned from the killing of the Philistines.

“Christ Places Himself Under the Law to Redeem Us From It.” Martin Bucer on Luke 2:21.