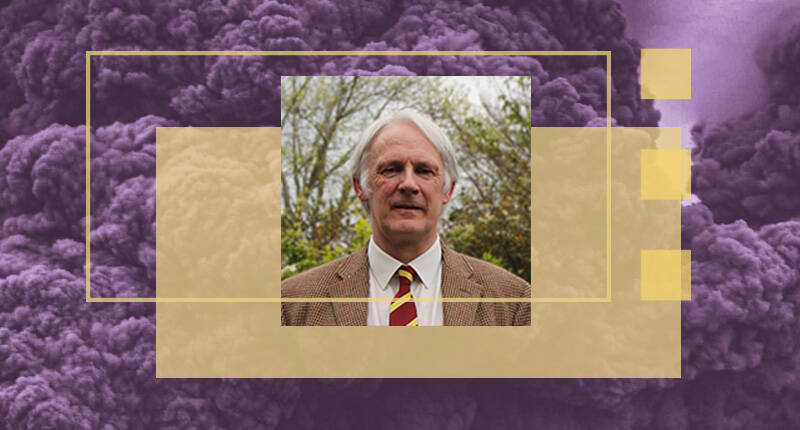 There’s Nothing Artificial About it

Among the more interesting and less appreciated developments of modern scientific society is the emergence of a new genre of literature: science fiction.

While the works may be fictive, they should not be understood as mere entertainment. Indeed, they represent a kind of eschatological—and often apocalyptic—imagination, one inseparably tied to an important element of our society: an eschatological horizon shaped chiefly by technological advance.

According to Stephen Williams, Professor of Systematic Theology at Union Theological College (Belfast, Northern Ireland) and a 2017–2018 recipient of  the Henry Resident Fellowship, Much of what we take techno-logically and socially for granted today would have been regarded as mere science fiction not long ago.these technological imaginings should not be taken too lightly. What, one might wonder, have these scientific fantasies to do with the material claims of Christian orthodoxy, with the bible’s and the tradition’s teaching on the doctrine of creation? Aren’t they nothing more than that—mere fantasies?

Not so fast, Williams cautions.

On the one hand, Williams notes, “much of what we take technologically and socially for granted today would have been regarded as mere science fiction not long ago.” On the other hand, he continues, even those technological imaginings that never leave the world of fantasy nonetheless say something. “They express attitudes common in a society which usually proceeds technologically without the constraints of Christian (or any theistic) belief.” Our sci-fi, in short, is part of our collective imagination and our collective ambition.

Modern Theology, Technology, and the Doctrine of Creation

Many consider the question of AI and robotics less than serious science. And the verdict is no less indifferent in most theological and ecclesial circles. Williams wants to take a closer look–he believes that the stakes are much higher. While people working in the area of AI do so for many reasons, often without the intention of promoting any particular world-view, some have more ontological interests. The transhumanist movement is one such example, which might encourage theologians to be a little more attentive to the wider trends.

So, while many evangelicals skirmish over intermural questions irrelevant to the rest of secular society, the cutting edge of technological development and scientific inquiry proceeds as though God doesn’t matter (or, more accurately, exist); stated even stronger: as though we are ourselves gods, sovereign over our own humanity and the makers of our own future.

The science around AI and robotics includes many fields, but especially brain science, which influence our understanding of things like mind, brain, and embodiment. All of these are basic to our understanding of our own nature. Williams is also quick to note that all three of the primary ways that the image of God has been understood can now be attributed to robots: (i) capacities (chiefly, reason), (ii) a specific function (dominion), or (iii) relationality. Of course, this does not make AI or robots humans. According to Williams, “God alone is the Creator of Persons.” But it does raise important questions that theologians and the church must carefully think through. And that is precisely Williams’ aim in next years fellowship, with his research project, “Transhumanism, Robotics and the Doctrine of Creation.”

The Shaping of a Theological Career

William’s dissertation addressed early modern thought, including Deism. His entire theological career has attended to a host of issues and thinkers in the period that we call modernity. In the 1988 edition of the New Dictionary of Theology, for example, Williams wrote the articles on Deism, Descartes, Enlightenment, Hume, Lessing, and Voltaire. 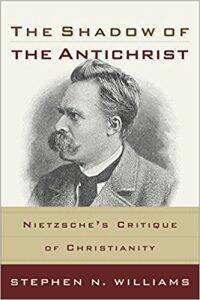 He has also published a book on Nietsche’s critique of Christianity (The Shadow of the Antichrist) and the modern epistemology (Revelation and Reconciliation). Williams has also lectured at the prestigious Faraday Institute for Science and Religion and been involved in Christians in Science (Ireland).

His theological reflection has also moved seamlessly from the theoretical to the “practical” and ethical. One of his first published articles appeared in Ethics and Medicine, for example, where he engaged with the thought of Christian Ethicist Oliver O’Donovan. Williams has written on ethical issues as diverse as nuclear warfare to abortion and euthanasia.

While Williams’ theological career thus has a long record of engaging the doctrine of creation—practically and theoretically—in the context of modernity, his interest in AI and robots is relatively new. In recent years, Williams has been involved in a UK-based, Templeton-funded project on AI and robotics, lead by John Wyatt. That project was entitled Human Identity in an Age of Machines, and Williams served in his capacity as a Christian theologian.

This upcoming December, and after more than 20 years of service, Williams will retire from his official teaching capacities at Union Theological Project. Soon afterward, he and his wife, Susan, will be boarding a flight for Chicago to continue this new area of important Christian theological reflection.

Theology in the Context of Changing Technology

“In any historical context, the doctrine of creation is theologically foundational,” says Williams, “praise for the Creator and his creation should pour forth from our hearts.” Moreover, he continues, whatever is taught by God’s word is “unshakeably sure,” as it is the Word of the Creator. Faced with a bewildering, fast-moving, frequently godless scene, it is easy to entrench ourselves in certain default positions which cut out the hard, demanding and sometimes painful work of understanding.For these reasons, Christians ought to be sure and confident in our doctrine of creation.

But Christians also need humility and patience, Williams adds, warning against the easy tendency of retrenchement or snap theological judgments. “Faced with a bewildering, fast-moving, frequently godless scene, it is easy to entrench ourselves in certain default positions which cut out the hard, demanding and sometimes painful work of understanding.” However understandable, it is also, long-term, a misguided approach.

Many of these emerging technologies remain in their infancy. Williams is especially attentive to brain science because of its acute implications upon the crown of creation, God’s image bearers. Williams believes that humility and patience are vital as we seek theological understanding: it will take work to understand the theological implications of AI and robotics, integrating new ideas and problems with age-old beliefs. “As always, this means bringing out treasures old and new: enhancing and applying our understanding of what is explicit or implicit in the biblical account and the Christian tradition, when it has built helpfully on that account.”

That is what he will be doing next year as he joins the 2017-2018 Henry Resident Fellows.

Geoffrey Fulkerson (PhD Trinity Evangelical Divinity School) is the Director of the Henry Center. His research interests lie at the intersection of ecclesiology, cultural engagement, and spatial theory.
All posts by Geoffrey Fulkerson   |   follow on &
View Add a Comment
We Need More Dimensions: Or, Sometimes You Have to Complicate in order to ClarifyFruitfulness Comes through Death
Sapientia RSS
Newsletter Sign-up
More in Profiles See All
More in Creation Project See All