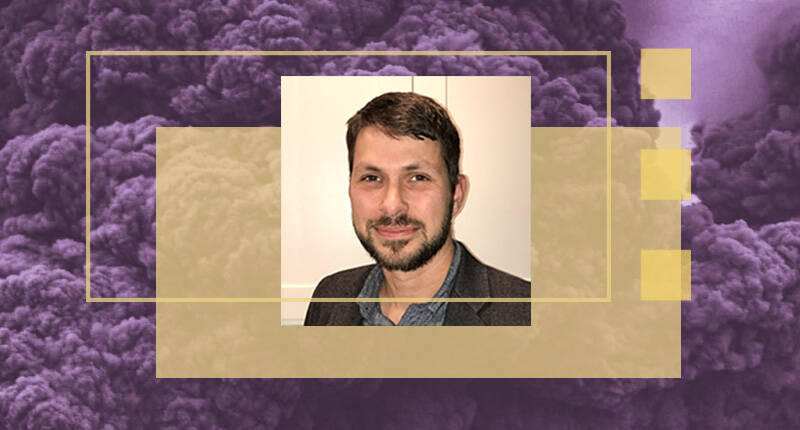 Created from Nothing as a Framework for
Reading Genesis 1

“If we fail to hold together the mediation of salvation and that of creation,” wrote Colin Gunton some years ago, “we risk a reversion to [Gnosticism].”Gunton, “One Mediator . . . the Man Jesus Christ,” Pro Ecclesia, 11.2 (2002): 146–58. One could say the entirety of the Henry Center’s Creation Project strives to maintain that very balance.

Nathan Chambers, who joins the Creation Project in its second year as a research fellow, couldn’t agree more: “This vision of a whole, embodied life lived
before God can get lost at times in the evangelical preaching of the gospel.” Accentuating a doctrine of creation while simultaneously upholding the doctrine of salvation highlights the fact that we humans fundamentally have to do with God simply by being alive in the world. This, according to Chambers, implies ways that humans ought appropriately relate to the “natural” world as God’s creation. “Thus the doctrine of creation, and the Old Testament generally, remind us that God is not only concerned with our eternal salvation but with everything we are and do.”

Chambers maintains that creation ex nihilo is timely and important for the church, especially in an age of science. But he doesn’t intend to swing the pendulum in any extreme direction. “Rather than dismissing the doctrine of creatio ex nihilo as an anachronistic imposition (as certain Old Testament scholars often doe.g., Jon Levenson’s Creation and the Persistence of Evil or John Walton’s The Lost World of Genesis One.) or attempting to ‘prove’ the doctrine (on grounds biblical or otherwise), my argument is that close attention to the early church’s set of concerns that are codified in creatio ex nihilo and to contemporary moves in hermeneutics allows Genesis 1 to be read as a self-involving account of life before God in the present.”

Coming to this reading has taken up most of Chambers’ time these past six years as a PhD student at the University of Durham, under the supervision of R.W.L. Moberly. His dissertation, which is nearing completion, is provisionally titled, “Created from Nothing: The Patristic Doctrine of Creatio Ex Nihilo as a Framework for Reading Genesis 1.”

As that title indicates, Chambers wants to place emphasis on the too-often overlooked meaning of that phrase among the Church Fathers. It’s not incoherent for the church to affirm belief in both the biblical creation texts and its classic doctrine of creation ex nihilo. Many biblical scholars are quick to dismiss the doctrine as contrary to the actual concerns of the OT creation texts without ever asking that question, argues Chambers. But he also, as an Old Testament scholar, has spent much time working through the concerns and theology of Genesis 1 on its own terms, within its historical horizons. “In particular, this has involved both an extensive philological argument concluding that Gen 1:1 should be read as an independent clause (contra NRSV and many biblical scholars),” Chambers says, “as well as an investigation of how God’s creative activity and the created world were conceptualized in Israel and the ancient Near East.”

Throughout his project, Chambers will be keen to bring these two fields of discourse, biblical studies and dogmatic theology, into dialogue. As mentioned above, Chambers intends to employ help from a few contemporary moves in hermeneutics as resources to this end (esp. through the work of Paul Ricoeur and Hans-Georg Gadamer), but also from the recent return to theological interpretation of Scripture (represented notably by Kevin Vanhoozer’s Dictionary of Theological Interpretation and Moberly’s The Bible, Theology, and Faith). Chambers’ firm conviction is that it is not incoherent for the church to affirm belief in both the biblical creation texts and its classic doctrine of creation ex nihilo. Instead, “the reading of the Genesis 1 is, in fact, enriched by careful attention to Christian doctrine of creation while the doctrine, in turn, can be reinvigorated by renewed dialogue with the Scripture.”

It appears the doctrine of creation ex nihilo has fallen on hard times, but that’s mostly because it has not been well understood what’s being affirmed by that doctrine. “Although creation ex nihilo does entail cosmological claims about the world,” notes Chambers, “it is primarily a theological claim about the nature of God’s work ad extra [the activities of God external to himself].” Thus, as the thinking goes, “it is exegetically important to affirm the doctrine” because it helps to make sense “about how God can both utterly transcend the world and yet be entirely present to all of creation.” In short, according to Chambers, it’s a claim about the interaction between divine and created agency, and about God’s freedom in the world.

Going back to our introductory comment proffered by Gunton, Creation ex nihilo is a theological claim about the interaction between divine and created agency, and about God’s freedom in the world. Chambers argues that the doctrine of ex nihilo is important for all Christians to be aware of because it means that God was not only completely unconstrained when he set about creating the world but that he also made a very good world. It affirms creation, in other words (and to borrow from John Calvin), as the grand theatre revealing the glory of God, not least as the stage for his redemptive activities.Calvin, Psalms 93–150, Calvin’s Commentaries 6 (Baker), at Ps. 135:13.

The significance this has with respect to the relationship between ex nihilo in an age of science is no small matter: “God shouldn’t be conceived of as a sort of explanatory principle in the world, a cause in a series of cause and effects but rather as the cause of the world in its totality,” Chambers says. This means that according to creation ex nihilo, the so-called “God of the gaps” concept never comes into play. It’s both wrong-headed to employ the notion, and it’s mistaken for scientists to accuse Christians of employing it as far as ex nihilo is concerned. The doctrine is not the theological equivalent, in other words, of the scientific theory of the Big Bang. The question the doctrine seeks to answer is why there’s anything at all, not astrophysical questions revolving around the extent of the universe or multiverses.

In the end, if this project is to have any part in the extension of God’s kingdom by his grace, Chambers reminds us that it will be “through the prayerful reading of Scripture, where virtues are cultivated within us such that we can engage the questions raised by science and theology in a wise, mature manner.”

Nathan Chambers, “Created from Nothing as a Framework for Reading Genesis 1”

Chris Donato (MA, Reformed Theological Seminary; doctoral work, TEDS) is Co-founder and Editor of Sapientia and Director of Communication at Trinity. He holds baccalaureate degrees in both literature and journalism from John Brown University, and is currently pursuing a PhD in systematic theology at TEDS, focusing on the covenantal contours John Milton's Paradise Lost. He is former Senior Associate Editor of Tabletalk magazine, editor of Perspectives on the Sabbath (B&H, 2011), and author of several articles online and in print.
All posts by Chris Donato   |   follow on &
View Add a Comment
History & the HexaëmeronGod's Deliverance
Sapientia RSS
Newsletter Sign-up
More in Profiles See All
More in Creation Project See All