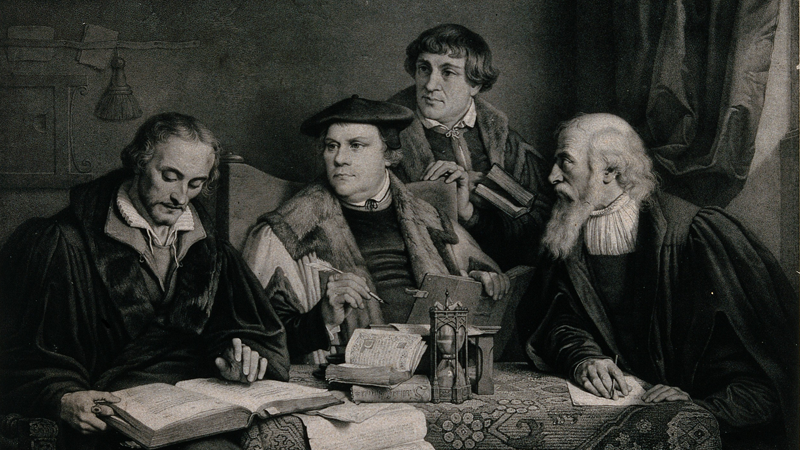 Many Reformation commentators believe the intent of Stephen’s speech to be self-evident and provide only cursory comment. Philipp Melanchthon (1497-1560), on the other hand, unpacks Stephen’s words using syllogistic logic and argues that his primary concern was to demonstrate that Old Testament ceremonial forms of worship were not established as a lasting paradigm for relations between God and humanity, but rather to point toward the Messiah.

Then Stephen answers quite seriously and learnedly, retracing their history from the time of Abraham until the recent times of this nation. Out of this long narrative, the main concern or the scope is that it is neither blasphemy nor sedition to teach against ceremonial forms of worship and to preach the [ultimate] purpose of this system: the Messiah. These are the two main arguments of the entire passage.

-This worship, which was not among the fathers, is not the original form of worship.

-Such worship in external ceremonies was not among the fathers.

-Therefore it is not the original form of worship.

-A promise was made to the fathers.

-The fathers did not accept this system.

-Therefore this system is not principally what was promised, but there is something else greater.

The major premise in each argument is itself obvious. For it is necessary for there to be one and the same worship of God in all times. When God spoke with the fathers themselves, he gave them a promise which first and foremost grants blessing—also to them. Stephen proves the minor premise through this historical narrative. Because it is so long, many readers do not consider what it pertains to or what [ultimate] purpose it refers to. They think it is improper and unsuitable for court, against custom itself. Therefore the scope of this narrative needs to be impressed into their minds. Stephen retold the highlights of the Old Testament from the call of Abraham to the arrival of the Messiah.