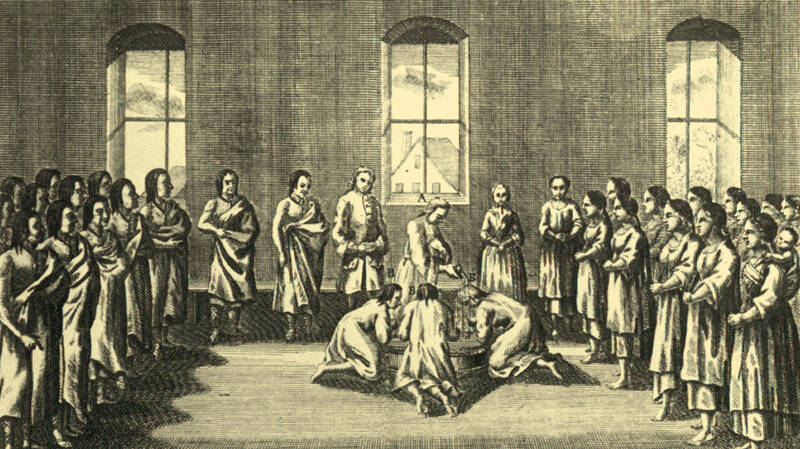 The Church Must Separate the Believing from the Unbelieving

Originally a cobbler, Peter Riedemann (1506-1556) became a minister, theologian, and missionary of the Moravian Hutterite community. In this excerpt from his Confession of Faith, Riedemann draws on the story of Ananias and Sapphira to make his case that the church must be pure and free from any stain of sin.

The land of the Israelites, their glory, rule and later the kingdom—these all prefigure and point to Christ the King and his future kingdom; all this had been promised beforehand and was later established. Since that is so, the driving out means separating believers from unbelievers, for unbelievers have no place in the church of God. God desires to have a holy bride without wrinkle, spot or blemish, holy as he is holy. The Lord, the almighty God, was not pleased when Israel allowed the heathen to dwell in the land instead of driving them out. . . .

God would be even more displeased if one were to set up a church together with the world or take the world into the church of the saints. David says the sinner has no place in the congregation of the righteous. . . . The prophets acted rightly and not foolishly in not cutting themselves off from Israel, in spite of the evil the people had done. This is true because at that time to be an heir and to be a servant were not distinguished from one another. Although the prophets were truly heirs and the others were slaves, yet they were kept under outward rules until Christ came. Now that the time appointed by the Father has come, however, heirs and slaves are separated, so that the heirs can receive their inheritance and their freedom. Now through faith in Christ, there are no more slaves but heirs.