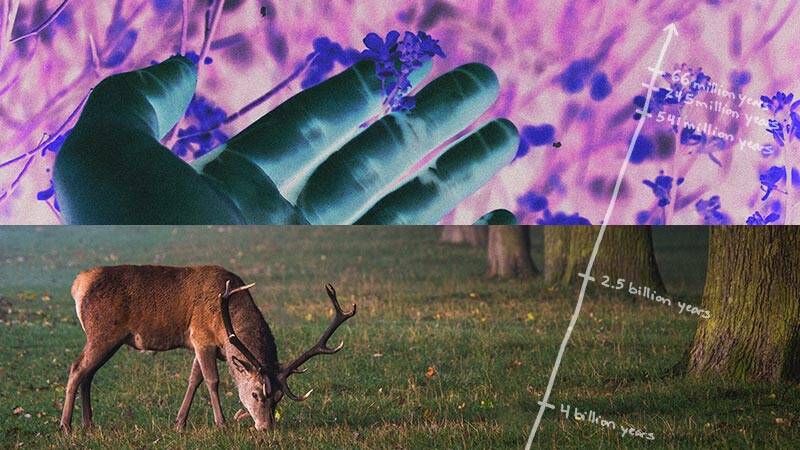 A Signature for Creation

As an evangelical Christian, the approach I use to construct origins models relies on two data sets: (1) Scripture, and (2) the record of nature. Ideally, the resulting models should comfortably accommodate both sets of data.

Of course, drawing insights from Scripture and the record of nature requires an interpretive process. The approach we adopt at Reasons to Believe, constructive integration, draws on insights from Scripture to influence our interpretation of nature’s record, and insights gleaned from nature to influence our interpretation of Scripture. Constructive integration is not a static process but one that involves a dynamic interplay between both sets of interpretations. We hope and expect that this process will spiral us toward a robust model that accounts for the data from Scripture and from nature’s record while retaining theological and scientific integrity.

This scientific interpretation is fully compatible with the day-age interpretation of Genesis 1 we espouse at Reasons to Believe, along with several other interpretations such as the framework hypothesis and the analogical day view, to name two.

In other words, using our constructive integration approach, we think it is possible to build a model for the origin and history of the universe and Earth that successfully integrates the data from Scripture and the record of nature in a way that is theologically and scientifically robust.In turn, we believe we can integrate these scientific insights with the day-age interpretation of the Genesis 1 and Genesis 2 creation accounts, while preserving key Christian doctrines. It retains doctrines that are central to the Christian faith and it aligns with the scientific consensus on the age of the cosmos and Earth.

Regarding the scientific consensus on human evolution: On the other hand, I question aspects of the evolutionary paradigm. To put it another way, I am not sure that the evolutionary framework can adequately account for the origin, design, and history of life (including the origin of humanity). Moreover, I question if it is truly possible to integrate the biblical creation accounts (as well as other passages that refer to Adam) with biological evolution, in general, and human evolution, specifically. So, even though biological (and human) evolution is the scientific consensus, we don’t think it’s possible to incorporate this idea into an origins model in a way that doesn’t damage central doctrines of the Christian faith.

Still, we believe we can develop a creation model that incorporates data from genetics and the fossil and archaeological records, without embracing the evolutionary interpretation of these data. In turn, we believe we can integrate these scientific insights with the day-age interpretation of the Genesis 1 and Genesis 2 creation accounts, while preserving key Christian doctrines.

This approach requires that we relax the constraints of methodological naturalism and the influence of the evolutionary paradigm. Doing so makes it possible for us to interpret the patterns in the fossil and archaeological records, as well as the shared genetic features in the genomes of humans, hominins (such as Neanderthals and Denisovans), and great apes as an outworking of common design, not common descent. To be clear, we recognize that this model falls outside the scientific mainstream. Yet, we contend this approach treats the scientific data with integrity.

Scientific Concerns with the Evolutionary Paradigm

For example, astrobiologist and physicist Paul Davies, along with theoretical physicist Sara Imari Walker, summarizes the current state of origin-of-life research this way:

Of the many open questions surrounding how life emerges from non-life, perhaps the most challenging is the vast gulf between complex chemistry and the simplest biology: even the smallest mycoplasma is immeasurably more complex than any chemical reaction network we might engineer in the laboratory with current technology.Sara Imari Walker and Paul C. W. Davies, “The Algorithmic Origins of Life,” Journal of the Royal Society Interface 10.79 (February 6, 2013): doi:10.1098/rsif.2012.0869.

With regard to the endosymbiont hypothesis—the leading evolutionary explanation for the origin of eukaryotic cells—Hungarian evolutionary biologist Eörs Szathmáry and his collaborator István Zachar write in a critical review:

The integration of mitochondria was a major transition, and a hard one. It poses puzzles so complicated that new theories are still generated 100 years since endosymbiogenesis was first proposed by Konstantin Mereschkowsky and 50 years since Lynn Margulis cemented the endosymbiotic origin of mitochondria into evolutionary biology . . . One would expect that by this time, there is a consensus about the transition, but far from that, even the most fundamental points are still debated.István Zachar and Eörs Szathmáry, “Breath-Giving Cooperation: Critical Review of Origin of Mitochondria Hypotheses,” Biology Direct 12.19 (August 14, 2017): doi:10.1186/s13062-017-0190-5.

One important concern has been whether the microevolutionary patterns commonly studied in modern organisms by evolutionary biologists are sufficient to understand and explain the events of the Cambrian or whether evolutionary theory needs to be expanded to include a more diverse set of macroevolutionary processes. We strongly hold to the latter position . . . The move from micro to macro forms a discontinuity.Douglas H. Erwin and James W. Valentine, The Cambrian Explosion: The Construction of Animal Biodiversity (Greenwood Village: Roberts and Company, 2013), 10-11.

Of particular interest to the question of human origins, anthropologists struggle to provide an evolutionary account for the origin of language in humans, a feature that some anthropologists believe makes human beings exceptional. Anthropologist Chris Knight writes:

Language evolved in no other species than humans, suggesting a deep-going obstacle to its evolution. One possibility is that language simply cannot evolve in a Darwinian world—that is, in a world based ultimately on competition and conflict. The underlying problem may be that the communicative use of language presupposes anomalously high levels of mutual cooperation and trust—levels beyond anything which current Darwinian theory can explain.Chris Knight, “Puzzles and Mysteries in the Origins of Language,” Language and Communication 50 (September 2016): 12-21.

A Signature for Creation?

A further challenge for the evolutionary paradigm comes from the work of bioinformatics expert, Eugene Koonin. According to Koonin, when these key transitions took place in life’s history, they happened explosively without any intermediate grades documenting the innovations from the lower regime of biological complexity to the higher one. Koonin dubs these events biology’s big bangs.Eugene V. Koonin, “The Biological Big Bang Model for the Major Transitions in Evolution,” Biology Direct 2.21 (August 20, 2007): doi:10.1186/1745-6150-2-21.

Could it be that these abrupt transitions signify creation events? If the Creator did, indeed, intervene in life’s history to effect these innovations (and others), what would life’s history look like? What would the patterns be? From our perspective, we interpret biology’s big bangs as a signature for creation—though this interpretation would be rejected outright by most in the scientific community because of a commitment to methodological naturalism.

A Cost Too High?

From our perspective, embracing human evolution makes it impossible to retain a historical Adam and Eve as the first humans made in God’s image and the sole progenitors of all humanity. Consequently, we think that this position jeopardizes a number of key Christian doctrines, including:

Putting these important doctrines at risk in order to align our views with mainstream science seems to be too high a cost, particularly when there are demonstrable shortcomings with the evolutionary paradigm. On the other hand, the risk disappears as we accommodate the best evidence for evolution in a creation model framework.

Areopagite: Old but Not Evolving

Fazale R. Rana (PhD Ohio University) is the Vice President of Research & Apologetics at Reasons to Believe. His recent publications include Dinosaur Blood and the Age of the Earth, (RTB Press, 2016) and Who Was Adam? A Creation Model Approach to the Origin of Humanity, 2nd ed. (RTB Press, 2015).
All posts by Fazale Rana   |   follow on &
View Add a Comment
Improvising within a Nonlinear StorylineOld but Not Evolving: A Redirect
Sapientia RSS
Newsletter Sign-up
More in Areopagite See All
More in Creation Project See All