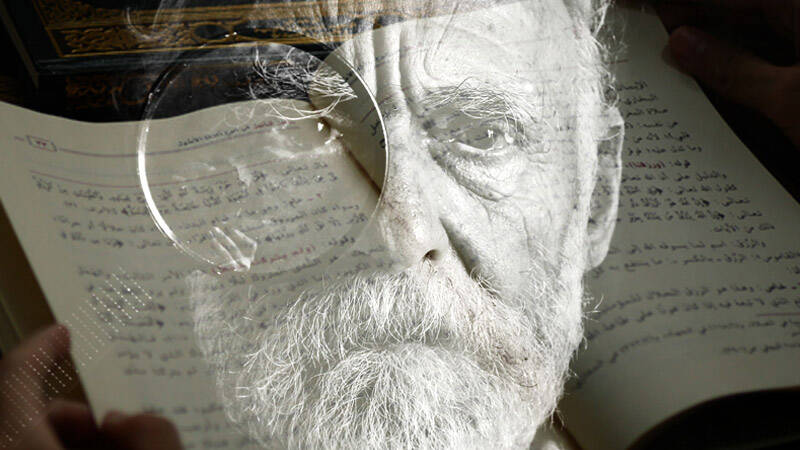 I am honored beyond comparison that my colleagues and role models of scholarship took the time to read and respond to my suggestive paper. I would like to offer an all too brief and unfairly loaded rejoinder to each—I hope the conversation will spur others of like kind among those reading.

I should also note that I am currently finishing a monograph that will make the case for Hebraic philosophy as a distinct and unique philosophical style in the ancient Near East that rivals Hellenism and pervades the thought of the New Testament authors. This to say, there is a more robust argument underneath the terse and contentious paper that incited this symposium.

Barth, the Bible, and Discerning Truth

First, Oliver Crisp flags up what might be the supreme difficulty with what I have proposed. Namely, interpretations of Scripture fall into the ruts of theological traditions. Is there any such thing as a “biblical” account of anything that is not highly curated by the current interpreter’s tradition? Hence, biblically sensitive philosophy could naïvely re-present the “biblical” view while merely offering up a deeply rutted tradition of reading.

I too worry about this, but think that attention to Scripture in its literary structures actually buffets much of the supposed anarchy that many assume to have consumed biblical studies. Oliver cites the beloved passage of Barth about God’s truth being found in a dead dog, Russian communism, or a flute concerto. Barth says we are not obliged to proclaim truths found in these. But Barth continues on in that passage to give us a commendation:If so, then biblically sensitive philosophy would practice the skill of discerning, with collegial help, those folk philosophies in order to consider their regulative influence in our constructive work. We are commissioned to proclaim truths found in Scripture.CD, I/1, p. 63. And, Barth is no stranger to the claim that he’s found patterns of thought across Scripture. What are these “truths” of Scripture if they are not notional (i.e., second-order reasoning about the nature of something apart from any instance of it)?

Oliver says that metaphysical and epistemological claims are underdetermined by Scripture and theologically polyvalent. He seems to have a particular form or granularity of epistemological description and metaphysics in mind that, for him, exclude Scripture from having a distinct philosophical voice on these matters. (I can agree with him that this all-too-brief paper does no justice to the epistemological claims contained within. For those of you wanting the full arguments, I’ll again direct you to my two monographs on the topic.)Dru Johnson, Epistemology and Biblical Theology: From the Pentateuch to Mark’s Gospel (Interdisciplinary Perspectives on Biblical Criticism 4; New York: Routledge, 2018); Knowledge by Ritual: A Biblical Prolegomenon to Sacramental Theology (Winona Lake: Eisenbrauns/Penn State Press, 2016). Rather, I would suggest that if we begin by asking whether Scripture has what Jaco Gericke calls a “folk epistemology,” then a detectable folk epistemology might regulate more sophisticated versions.Jaco Gericke, The Hebrew Bible and Philosophy of Religion, Society of Biblical Literature 70 (Atlanta: Society of Biblical Literature, 2012), 154–57. If so, then biblically sensitive philosophy would practice the skill of discerning, with collegial help, those folk philosophies in order to consider their regulative influence in our constructive work. I believe this is aptly reflected in the conclusion of Joshua Blander’s response, our sole philosopher amongst these respondents:

If we want to think about justice, then we should begin with the biblical text, not with our modern presuppositions about the nature of justice. In all of these tasks, we must be mindful of the demand that Scripture play a fundamental role in philosophical reflection and theorizing.

Second, J. T. Turner names and claims what Jesus might have termed hypocrisy (hypokritḗs)—where we examine two fields, yet unequally apply scholarly skills in one area and not the other (Luke 12:52–56). He, like me, asks for philosophers to quit using outdated and sometimes trite biblical understanding while, at the same time, making shrewd philosophical arguments.

But for J. T., I am pushing too far to suggest that Scripture itself has a unified philosophical approach, to which he offers the counter-example of the afterlife. I suspect that he and I would probably largely agree on most of what he does there with the afterlife. But, I want to also mention that the afterlife develops in Hellenistic Judaism as a metaphysical topic largely by cultural pressures. Much like my undergraduate students who want to know what the Scriptures say about their perceived need to assess “sexual compatibility” before marriage on the one hand, and the call to virginity on the other.Just because the Torah focuses upon establishing a just nation for the sake of all the families of the earth, for instance, does not then entail that the Torah has nothing to contribute to a metaphysic of the afterlife. They do not appreciate that they are construing both “sexual compatibility” and virginity through lens of recent and cultural vintage.I’m using the term “sexual compatibility” here to refer to the mythos surrounding sexual partnership and satisfaction. (Honestly, I’m not sure what people think “sexual compatibility” entails in committed relationships and I suspect they don’t either. No doubt, they do prefer the general anxiety of its possible lack in a physical relationship.) I am not referring to the binary sexes of male and female. Neither “sexual compatibility” nor virginity receive any special discourse or instruction in Scripture, yet how one construes these could arguably be central to the covenant of marriage.

That is to say, literatures have various foci. Just because the Torah focuses upon establishing a just nation for the sake of all the families of the earth, for instance, does not then entail that the Torah has nothing to contribute to a metaphysic of the afterlife. It’s just not as interested in that topic. In a vaguely similar way, Socrates’s dialogues of disrupting the thinker du jour have underdeveloped notions of virtue or justice. Yet, Plato presumably deems them sufficient for constructing his fuller discourses on these subjects.

The Hebrew Bible hints suggestively at the afterlife and implies resurrection in several episodes (e.g., the songs of Moses and David, the prayer of Hannah).Jon Levenson explores these in detail in Resurrection and the Restoration of Israel: The Ultimate Victory of the God of Life (New Haven: Yale University Press, 2008). But to expect every text to have philosophically packaged metaphysics of the afterlife seems unrealistic for any anthology of philosophical literature, ancient or modern. Rather, it might be the case that Scripture can clarify and sharpen an already present philosophical view in texts that choose to focus their discussions thusly.

Discussions like this tend to neglect the one field of philosophy that is uncontroversially assumed to be operative in Scripture: ethics. Kavin Rowe and Pierre Hadot have recently reminded us of what they believe to be obvious about the Hellenistic philosophical traditions: philosophy is best understood as a way of life.Cf. Pierre Hadot, What Is Ancient Philosophy? Trans. Michael Chase (Cambridge: Harvard University Press, 2002); Philosophy as a Way of Life: Spiritual Exercises from Socrates to Foucault, Trans. Michael Chase (Oxford: Blackwell, 1995); C. Kavin Rowe, One True Life: The Argument of Rival Traditions (New Haven: Yale University Press, 2016). I wonder if J. T. could make similar claims about a broader field of philosophical inquiry, such as ethics, and whether ethical notions abstractly develop without a discernible unified philosophical approach over the course of Scripture.

I also wonder if J. T. and I actually disagree. My paper set out bold claims to force the conversation. Again, I do have a broader project in mind. But for now, I take his example of afterlife metaphysics to be a demanding counter-example through which I will think more about.

Third, I take Joshua Blander’s corrections as correct, and I think his developing view of humility is one of the best I’ve heard. But, I believe it’s an apt account precisely because he traces the abstract notion of humility as developed across Scripture and then allows that notion to guide him. Blander is right to detect that I was conflating Rationalism and Hellenism as a caricature, a rhetorical move that has little value in this discussion. Hellenism’s rise and influence across Second Temple Jewish literature, including the New Testament itself must be handled carefully. And, the Continental-Analytic divide is not the clear-cut case of rival siblings descending from Mother Enlightenment. I trained in an exclusively analytic philosophy program, and so, my memories of that training were biasing my caricatures here.

Fourth, I also largely, if not wholly, agree with Kevin Vanhoozer’s commendation to think of Scripture’s philosophical impulse theo-dramatically. In fact, my monograph on Scripture’s ritual epistemology—Knowledge by Ritual—no doubt reveals the specter of Kevin’s work in my own thinking and he rightly pushes me here to further expand that thinking.

Thank you all, brothers, for not just pushing back, but forward for the sake of this important discussion!

Dru Johnson (PhD University of St. Andrews) is Associate Professor of Biblical and Theological Studies at The King's College. He is the author of Scripture's Knowing: A Companion to Biblical Epistemology (Cascade, 2015), Knowledge by Ritual: A Biblical Prolegomenon to Sacramental Theology (Eisenbrauns, 2016), and Epistemology and Biblical Theology: From the Pentateuch to Mark's Gospel (Routledge, 2017).
All posts by Dru Johnson   |   follow on &
View Add a Comment
What Do We Understand by Special Providence?Resurrecting Divine Action
Sapientia RSS
Newsletter Sign-up
More in Fresh Voices See All