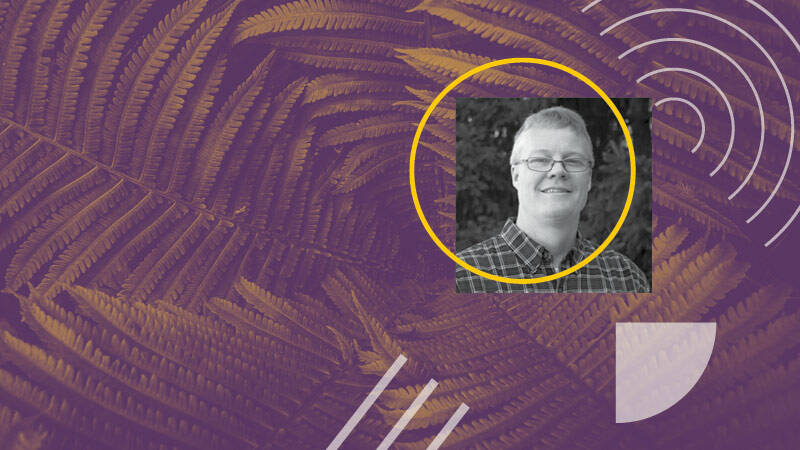 Carolingian in My Mind: Divine Foreknowledge, Action, and Contingency in the Ninth Century

The rise of the Carolingian Empire (ca. 800–888 AD) witnessed an abundance of theological and philosophical inquiry and controversy, not least because the relative political stability made connections across geographical regions easier, along with a widespread effort by its authorities to promote educational and religious reforms and thus to develop greater uniformity in Christian thought and practice.

Debates flared, for instance, around Christology and adoptionism, iconoclasm, the eucharist (symbolic vs. realist), and, perhaps most notoriously, the double predestinarian views of Gottschalk of Orbais. How to articulate properly God’s activity in creation was often lurking just underneath the surface of those disputes.

Debates over Foreknowledge and the Doctrine of Creation

Brian J. Matz, a member of the 2019–2020 Henry Resident Fellowship community, believes that the debate over the definition of foreknowledge was really a debate about the creation itself, about the nature and character of God, about theodicy, and about just what can be known of the mind of God and the decision-making powers of that mind. Further still, according to Matz, this was “a debate about the biological and noetic makeup of the human person and the extent to which the material and immaterial elements of a person are determinative of their own actions.”

Questions such as these also have direct impact on how we might engage contemporary cognitive sciences, not least with respect to evolutionary biology. Daniel Dennett, for example, argues in Freedom Evolves (2003) that any notion of real freedom is an illusion, a way of talking about our perception of our reality. Matz summarizes one of Dennett’s theses:“Advances in the cognitive sciences cannot be ignored. They are telling us increasingly more about how we process data and how we make decisions.” “Our actions, rather, are predetermined by electro-chemical processes taking place in our brain. Given the same set of inputs, we will produce the same action every time.”

Matz is of the opinion that the scientific discussions are invaluable to this kind of theological and philosophical research. Just how much or just how little control we have (or seem to have) on the processes that lead us to faith “animated Christian thinking in the ninth century, much as they did in the fifth century (Augustine/Pelagius) and as they did in later centuries (Reformation) and still do in our day.”

“Advances in the cognitive sciences cannot be ignored. They are telling us increasingly more about how we process data and how we make decisions.” And, according to Matz, “if they are moving in the direction of determinism, then it behooves us to articulate how those processes cohere with our understanding of a gracious and loving God who has called us into a relationship with himself.”

Second, and in light of these concerns, Matz hopes his project will do a better job of articulating these ideas in conversation with the developments taking place in the cognitive and natural sciences. To what extent are human actions the result of free, rational, deliberative processes? “We like to think of our decision to place our faith in Jesus as the product of such deliberation, but the cognitive sciences increasingly suggest very little of our decision activity is attributable to such effort.” As with the Dennett example above, it would appear that our actions may be the product of environmental factors outside our control, including especially neuro-chemical processes within our brain that cause us to respond to stimuli in pre-determined ways. “So, even in the face of uncertainty in decision-making,” Matz quips, “we may well be far less ‘free’ than we imagine.”

All of this, of course, bears tremendously on, to use Matz’s own example, what we think Paul meant in Romans 8 when he wrote that “those whom God foreknew, he predestined . . . ”

“Is what God foreknew the stimuli necessary to signal the neuro-chemical processes of our brain towards a response of faith? Did God foreknow that some in the human community would be wired in such a way as to orient them towards a life of faith, and therefore it may be said of them they were predestined? This seems wholly unsatisfying.”

Matz goes on, pressing further into questions surrounding what it means for God to have created human beings in the first place:

“What was the situation of those into whom God first breathed life? The theologians engaged in this ninth-century debate over foreknowledge were keen to link God’s activity of foreknowing with his activity of creating. What God foreknew was the product of what God created.”

The brunt of Matz’s work, then, will be to identify the links in the ninth-century theologians’ texts between God’s foreknowledge, his creative activity, his invitation of humans to faith, his transformation of humans through the indwelling Spirit, and his capacity to thereby predestine some to glory.

In this way, the medieval debate serves as an excellent entry point into identifying such lines of inquiry:

“This is because the texts of that debate brought together a rich array of source material from Scripture, from Christian antiquity and from a growing self-awareness that they had something to contribute, philosophically, to the question that was different from what had been said in earlier times.”

During his residency, Matz plans to draft a monograph-length study that isolates within the ninth-century controversy the concept of divine foreknowledge. “I want to understand (1) why it proved such a difficult term for the ninth-century theologians to explain; (2) what connections they saw between God’s foreknowledge and his actions in creation; and (3) what resonance this subject has or ought to have in evangelical theology today.” And, finally, he hopes to draw connections in the monograph between these ideas and the theoretical frameworks in the cognitive sciences that shape contemporary thinking about action and contingency.

Chris Donato (MA, Reformed Theological Seminary; doctoral work, TEDS) is Co-founder and Editor of Sapientia and Director of Communication at Trinity. He holds baccalaureate degrees in both literature and journalism from John Brown University, and is currently pursuing a PhD in systematic theology at TEDS, focusing on the covenantal contours John Milton's Paradise Lost. He is former Senior Associate Editor of Tabletalk magazine, editor of Perspectives on the Sabbath (B&H, 2011), and author of several articles online and in print.
All posts by Chris Donato   |   follow on &
View Add a Comment
A Rose by Any Other NameConsider Me Evidence
Sapientia RSS
Newsletter Sign-up
More in Profiles See All
More in Creation Project See All