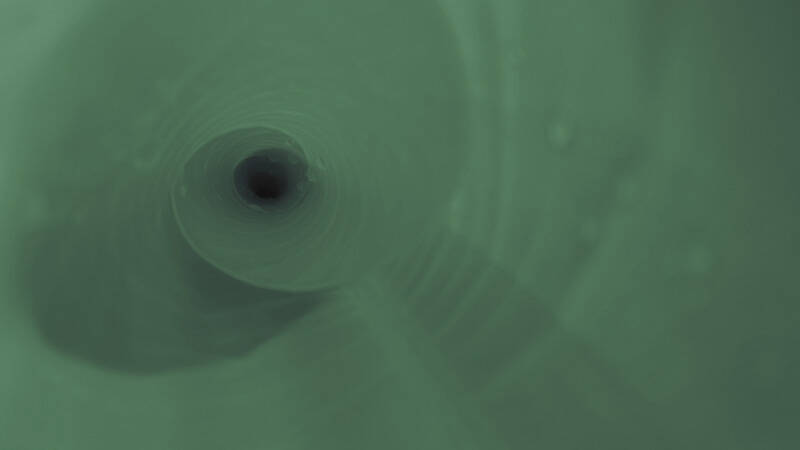 First, there are two general problems with this somewhat loaded question:

1.) The claim that ID science has not gained traction among mainstream scientists is false:

In the past few years since I became involved with the ID movement, I have witnessed a significant expansion of interest in ID theory among scientists around the world, with especially high interest in Brazil, Israel, Scandinavia, Great Britain, and Germany. Many students are sympathetic to ID arguments, but remain under cover to protect their careers. After my “coming out,” and to my surprise, some high-profile colleagues from my own field told me confidentially that they sympathize with ID, too. Many well-known scientists are in friendly but secret contact and discussion with the ID community. Due to the unfortunate necessity for secrecy the real number of supportive mainstream scientists may be higher than many think.

Furthermore, one of the fundamental claims of ID theorists is that Neo-Darwinism fails to explain biological novelty and complexity; that claim has been fully embraced by eminent theoretical biologists who advocate an extended synthesis. This became very clear at the Royal Society’s conference “New Trends in Evolutionary Biology” in November 2016 in London, where evolutionary biologist Gerd Müller emphasized in his keynote talk the explanatory deficits of Neo-Darwinism.

Finally, ID explanations have gained traction among mainstream physicists who are increasingly open to explaining the strange phenomena of digital physics and cosmic fine-tuning with the hypothesis that we live in a simulation, which is clearly a type of ID argument.

A scientific method like ID has no motivations; only scientists have motivations. Therefore, asking if ID science is religiously motivated is a category error, like asking if the color blue is compassionate. Furthermore, whether some ID proponents are religiously motivated has no bearing on the question if ID is proper science and if its conclusions are true or not. This kind of argument is known as the genetic fallacy.

One could even turn around the question: If materialist naturalism is not anti-religiously motivated, why has it not lost traction among mainstream scientists in spite of all the refuting evidence from quantum physics, cosmology, and the philosophy of mind?

On the Flip Side

A more interesting question is: Can secular mainstream scientists be convinced by ID arguments and change their mind without any religious motivation to do so?

I do not think that Neo-Darwinism is incompatible with good theology; I think it is incompatible with good science. I have also come to the conclusion that Neo-Darwinism is the only possible naturalistic explanation for the origin of apparent design with a mechanistic bottom-up process (none of the suggested alternatives of the so-called extended synthesis can do this), so that a refutation of the feasibility of Neo-Darwinism is indeed equivalent to a positive demonstration of ID as best explanation. I would remain an ID proponent even if I lost my religious faith, and on the other hand, if ID proved to be false and Neo-Darwinism turned out to be a sufficient explanation it would not have any impact on my religious convictions. This does not mean that there can be no connection at all between ID and religion, but it is not different than, say, the metaphysical implications of quantum mechanics or modern cosmology. As William Lane Craig once emphasized, science cannot prove God, but it can inform premises in philosophical arguments that have theological implications (e.g., Big Bang cosmology supports premise 2 “The universe began to exist” in the Kalam Cosmological Argument), but this does not imply that the science itself is somehow religiously motivated.

Another valid question is: If ID is the best explanation for the empirical data, then why have the majority of mainstream scientists not adopted an ID perspective yet?

First of all, the appeal to the scientific consensus faces a general problem in this case. Most evolutionary biologists do not work on the underpinnings of the theory of evolution and do not think about the viability of its foundations. They learned the theory at their university, accepted it without ever questioning, and now apply this paradigm to solve detailed problems in their everyday research (“normal science” in the sense of Thomas Kuhn). Among the minority of theoretical biologists, who really think about evolutionary theory itself, there is a large group that has recognized the failure of Neo-Darwinism to explain the origin of biological complexity,One of the reasons why ID has not gained more ground in mainstream academia is that most scientists tend to have a scientism-like understanding of science that is not shared by most philosophers of science. and now suggest a plethora of new ideas that all fail to resolve the “explanatory deficits” of Neo-Darwinism (e.g., niche construction, epigenetics, natural genetic engineering).

My prediction is that mainstream biologists will become much more open to ID explanations when all these new approaches have failed in a few years and when the failure of materialism will become more well-known outside of the field of theoretical physics. Unfortunately, many biologists still think in terms of a simplistic and obsolete nineteenth-century notion of a deterministic clockwork universe. They are ignorant about the numerous developments in modern physics that not only refute determinism, but also refute their naive realism and materialism (i.e., the experimental violations of Bell’s, Leggett’s, Leggett-Garg’s, and Kochen-Specker’s inequalities in quantum mechanics). The confidence of most biologists in the infeasibility of ID explanations in biology is therefore largely based on the shattered foundation of a scientifically obsolete materialistic world view.

One of the reasons why ID has not gained more ground in mainstream academia is that most scientists tend to have a scientism-like understanding of science that is not shared by most philosophers of science. They believe that ID can be dismissed out of hand as not being science, even though there exists no consensus for a demarcation criterion that reliably distinguishes science from non-science (by the way: no judge in a courtroom is qualified and/or authorized to decide that ID is not science). Furthermore, even atheistic philosophers like Bradley Monton have acknowledged that ID theory qualifies as scienceSeeking God of in Science: An Atheist Defends Intelligent Design (Peterborough: Broadview, 2009). Thus, many scientists dismiss ID for incorrect reasons, without even bothering to evaluate and address the actual arguments. Almost none of the fellow biologists with whom I talked over the years had any idea of the real arguments in favor of ID, apart from the notorious God of the gaps caricatures.

The main reason why ID has not been adopted by the majority of mainstream scientists has nothing to do with science (i.e., empirical evidence and rational arguments), but rather with a strong worldview bias in modern academia in favor of materialistic naturalism, which a priori excludes any possibility for intelligent causes outside the realm of cultural phenomena. As evolutionary biologist Richard Lewontin famously admitted:

We have a prior commitment, a commitment to materialism. It is not that the methods and institutions of science somehow compel us to accept a material explanation of the phenomenal world, but, on the contrary, that we are forced by our a priori adherence to material causes to create an apparatus of investigation and a set of concepts that produce material explanations,“It is difficult to get a man to understand something when his salary depends upon his not understanding it.” no matter how counter-intuitive, no matter how mystifying to the uninitiated. Moreover, that materialism is absolute, for we cannot allow a Divine Foot in the door.”Billions and Billions of Demons,” The New York Review of Books, Jan. 9, 1997.

Another important reason is that propaganda works. It works even though ID proponents have repeatedly clarified that ID has nothing to do with religion but is just an inference to the best explanation that distinguishes between chance, necessity, and intelligent agency as cause for certain natural phenomena; ID methodology is completely uncontroversial in other fields like forensics, archaeology, or SETI. Most scientists only hear in the media that ID is nothing but a thinly veiled biblical creationism in a cheap tuxedo. Being ignorant of the fact that ID arguments are fully compatible with universal common ancestry and agnostic concerning dating issues, their rejection of ID is often based on a confusion of ID with special creationism or even young earth creationism. This is demonstrably a straw man fallacy, but I can attest from many talks with colleagues in biology and paleontology that this is what shaped their opinion about ID.

Finally, there may be a mundane reason why many mainstream scientists are reluctant to embrace ID arguments: it can be detrimental to their careers, as I had the dubious privilege to experience myself. The author Upton Sinclair once remarked: “It is difficult to get a man to understand something when his salary depends upon his not understanding it.”Oakland Tribune, Dec. 11, 1934, p. 19.

Günter Bechly (PhD University of Tübingen) is a German paleontologist, specialized on fossil insects. He worked for over a decade as Curator for amber and fossil insects at the Natural History Museum in Stuttgart. He has authored about 150 scientific publications, described more than 170 new species, organized five large public exhibitions, and served as science advisor for three nature documentaries.
All posts by Günter Bechly   |   follow on &
View Add a Comment
Carolingian in My Mind: Divine Foreknowledge, Action, and Contingency in the Ninth CenturyIntelligent Design as Science or Religion? A Redirect
Sapientia RSS
Newsletter Sign-up
More in Areopagite See All
More in Creation Project See All