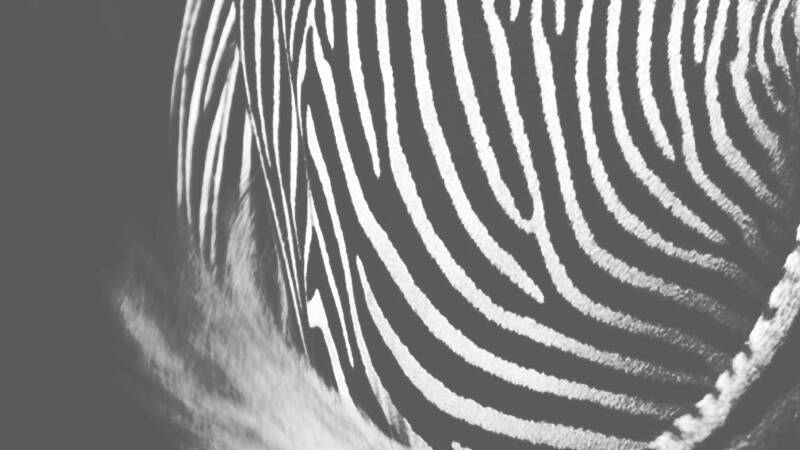 The Motivations Are Irrelevant

Darwin perhaps was motivated by the death of his beloved daughter to propose a theory that denies supernatural intervention in her death and nature, but who cares? When judging the scientific validity of Darwinian evolution,Likewise, even if some scientists’ support for ID is partly motivated by their religion, that motivation would be irrelevant. Darwin’s motivation is irrelevant. We are humans with different motivations, but science should be judged exclusively by the quality of data we use to support an idea.

Likewise, even if some scientists’ support for ID is partly motivated by their religion, that motivation would be irrelevant. Indeed, I would argue that such a motivation would actually work in favor of ID in the present environment. There is a saying: “Better to remain silent and be thought a fool than to speak and to remove all doubt.” If you want to support your religion with a scientific theory, you had better make sure it is a valid theory. A “religiously motivated” theory would attract strong opposition from naturalistic science and its many furious bulldogs, and if such a theory were shaky, it would be easily demolished. This would undermine your religion rather than support it.

I must confess I like ID partly because it gives scientific support to my philosophical assumption that there is more than matter, and because it points to the God I worship. But if I defend ID partly motivated by these concerns, I had better make sure the theory is indeed correct. Otherwise, the impression some people already have of Christians—that we are fools to believe in God—would be replaced by certainty. My God would be dishonored. Much better for me then to remain silent!

As a member of Brazil’s national academy of sciences, and as a (bio)chemist, it is the rational conclusion I make—founded at the molecular level—that ID is by far the best scientific explanation for the universe and life, and the obligation I have as a scientist financed by public funds to tell the truth, that most “motivates” me to defend ID.A scientific theory should be judged exclusively by its foundations on empirical data, and I believe ID is supported by a myriad of data drawn from many different scientific disciplines. What joins those of us scientists in the ID community is this evidence-based conviction that ID is true, regardless of our different and irrelevant motivations to defend it. I think ID gives support to my personal theological interpretation of the Designer, but so what? Would anyone deny that atheist evolutionary biologist Richard Dawkins is motivated by his dislike of religion to defend evolution? But again, so what? This is his own business. I enjoy refuting the actual arguments of Dawkins using science, but I ignore his anti-religious motivations in my arguments. They are not relevant to evaluate the truth or falsity of his scientific claims.

A scientific theory should be judged exclusively by its foundations on empirical data, and I believe ID is supported by a myriad of data drawn from many different scientific disciplines. That data has been presented in a growing number of scientific papers and books, including Signature in the Cell: DNA and the Evidence for Intelligent Design and Darwin’s Doubt: The Explosive Origin of Animal Life and the Case for Intelligent Design by philosopher of science Stephen Meyer; Darwin’s Black Box: The Biochemical Challenge to Evolution, The Edge of Evolution: The Search for the Limits of Darwinism, and Darwin Devolves: The New Science about DNA that Challenges Evolution by biochemist Michael Behe; The Myth of Junk DNA and Zombie Science: More Icons of Evolution by biologist Jonathan Wells; and so many others, including my own book Foresight, which draws on my extensive research in the field of biochemistry.

On the opposite side of the debate—even after 150 years of intense research with abundant funding—the Neo-Darwinian theory of evolution has failed to advance to anything more than fact-free science, often fueled by anti-religious motivations (but this is scientifically irrelevant). Unjustified attributions of abilities to natural processes—mutations—and the unlimited power of natural selection over eons of time has formed the basis of an elusive hero: “a blind watchmaker.”

After centuries of intense indoctrination with naturalism, reinforced by the claims made by Darwin, as well as by strong support from the media and quite efficient TV popstars such as Carl Sagan, Western academia has learned to avoid anything that goes beyond matter, energy, and space, and to label all attempts to invoke non-material causes as religion, hence pseudoscience. Professors and academic researchers often take it for granted displaying a “herd mentality” when endorsing Darwinian evolution. But if you are independent-minded enough to examine the evidence for yourself, you may come to a different conclusion. Ten years ago I stepped out of the herd, and found that Darwin was a naked emperor. Today I see more and more scientists doing the same.

Another analogy: There is ample evidence that the Brazilian Pelé was the best ever soccer player. But try to defend this thesis in Argentina as I did once—I was immediately regarded as a pseudo-soccer expert, and the eloquent Argentinian taxi driver with whom I was “debating” declared: “Maradona is first, Messi is the second, and Pelé comes third! Similarly, in Brazil try to defend the claim that the Wright Brothers were aviation pioneers and you will experience the same reaction: “Of course, the father of aviation was the Brazilian Santos Dumont!”

I believe that the fall of the “evolution wall” will take place in a fashion quite similar to the fall of the Berlin wall. A few weeks before that event, which rocked the world, most people would never have dared to predict it. If asked how long it would take, people would say never or many decades. But silently, the perception that the wall was not that strong had been growing among reluctant Germans. Even unconsciously, the perception was there, growing steadily. We are experiencing a similar scenario. The perception that evolution has failed and that ID is a far better explanation has been growing, silently and gradually, even among reluctant Darwinists. It is becoming more and more evident that Darwinism is dead. The signs of its demise are there for anyone to see. For instance, what would make a group of more than 1,000 scientists risk their careers to declare their “Scientific Dissent from Darwinism?”“Skepticism About Darwinian Evolution Grows as 1,000+ Scientists Share Their Doubts” Evolution News, February 4, 2019, available at: https://evolutionnews.org/2019/02/skepticism-about-darwinian-evolution-grows-as-1000-scientists-share-their-doubts/ What would make more than 2,000 Brazilian academics and university students join the Brazilian Society of Intelligent Design—TDI BRASIL—and allow their photos and CVs to be publicly displayed?TDI BRASIL homepage is found at: http://www.tdibrasil.com/ Who would be so foolish as to confront the superhero of science? Would someone risk his scientific reputation—as I did—to become an “IDiot” just for the fun of an obscure religious motivation? Even many ardent evolutionists, deep in their souls, may sense that ID will defeat Darwinism. The day will then come when the “evolution wall” will fall, suddenly and abruptly.

It is often said: “All truth passes through three stages. First, it is ridiculed. Second, it is violently opposed. Third, it is accepted as being self-evident.” The same will happen to ID. Live long enough and see!

Marcos Eberlin (PhD University of Campinas) is Coordinator of the Discovery-Mackenzie Research Center at Mackenzie Presbyterian University in Brazil. He is the author of Foresight: How the Chemistry of Life Reveals Planning and Purpose (Discovery Institute, 2019).
All posts by Marcos Eberlin   |   follow on
View Add a Comment
Signs of the Kingdom: Craig Keener on Miracles in the New Testament and TodayA Wolf, a Serpent, and Forgiveness in Spite of the Old Nature
Sapientia RSS
Newsletter Sign-up
More in Areopagite See All
More in Creation Project See All