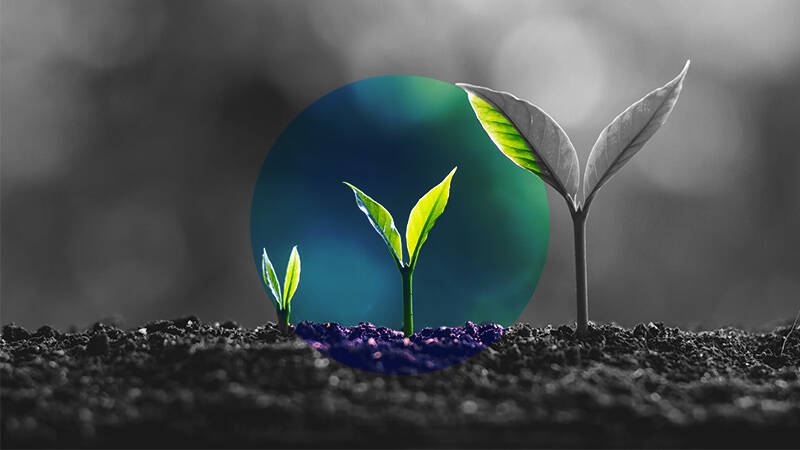 In 1986, Finite and Infinite Games was published by religious studies professor James P. Carse. In it, he classified voluntary human activities into two kinds of “games.” Finite games, argued Carse, have a definite beginning and end, fixed numbers of players during play, and agreed-upon rules. Scores and rankings result in a winner declared when the activity is completed. Checkers, football, even an election or university course are examples of finite games.

In contrast, infinite games have neither a definite beginning nor end, involve both known and unknown players who may enter and leave at any time, have no set of agreed-upon rules to govern the play, and have no methods to declare winners or losers. One plays an infinite game simply to be in it; the game itself is not “winnable” in a conventional sense. So while Theology 101 is a finite game, becoming Christ-like is an infinite game.

Building on this concept of finite and infinite games, organizational consultant Simon Sinek reasons that substantial problems occur when players attempt to play an infinite game using finite-game strategies. Since infinite games are not actually winnable, strategies employed by a finite-game player to defeat other competitors or declare oneself “The Best” in an infinite game are misplaced, since the metrics used to justify the player’s victory or position are invariably arbitrary. Despite the declaration on my grilling apron, I can’t objectively claim the title “#1 Dad.”

Have We Already Lost?

Let me now turn to the question I am asked to address. If I can rephrase, the question asks “How can young earth creationists keep playing the game of science? Don’t you know you’ve already lost?”This journey to discover God’s works via the materials, processes, and history of nature while guided by his Word is an infinite game. This requires that we employ infinite-game strategies if we are to run the course well. I submit that this question misunderstands the kind of activity in which I am involved. Put simply, my goal as a young earth creationist and scientist is to discover the works of God through his created world, guided by his inspired Word.

This journey to discover God’s works via the materials, processes, and history of nature while guided by his Word is an infinite game. This requires that we employ infinite-game strategies if we are to run the course well. These strategies are largely focused on two things: the game itself and the player. Done properly, science exists to glorify God (the game) through excellence in the execution of one’s work (the player). To play the game well means to continually improve and become a better player over time.

In contrast, finite-game strategies have different foci: winning the game and defeating opponents. In fact, Carse points out that defeating opponents is the only way to win a finite game. Finite-game strategies are therefore opponent-focused. If we think about it, the misapplication of finite-game strategies to “win” the infinite game of discovery abounds in creation-evolution rhetoric. I won’t speak for the other positions, but at least within young earth creation, this has certainly been the case. As evidence, consider the scores of books and articles that claim to have “defeated,” “demolished,” and “refuted” evolution, or predicted its imminent collapse.

If the discovery of God’s works were a finite game, this strategy might be effective. But this is an infinite game and I have observed that when opponent-focused strategies are employed over the long-term, the fruits of the Spirit wither. I am not interested in strategies that take my eyes off of God and his works. I am an infinite-game player, as are a rapidly growing number of my fellow young earth creationists. Anti-evolutionism is of little use to us because showing that other positions are wrong does not necessitate that our position is right.

Welcome to the Game

Shaking off the ill-fitting garment of anti-evolutionism, I believe that young earth creation is uniquely positioned to invite infinite-game players to join the discovery of God’s works through his creation and his Word. One major advantage is clarity: young earth creation’s specific claims of history are derived from a reading of Scripture that is altogether natural while at the same time immensely profound and theologically resonant.Because of this clarity in the text, young earth creation scientists who endeavor the infinite game of discovering God’s works have a peculiar joy and confidence about their work, even though from all outward signs we should not. The creation of the world in six actual days, an original pair of humans made distinct from all other creatures and given God’s image, their subsequent disobedience, the metastasizing growth of evil resulting in a global flood, and the forced dispersal of Noah’s disobedient descendants comprise a narrative of actual history that is theologically unified, consistent, and robust. This natural reading also has the benefit of avoiding the often circuitous and counterintuitive appeals so common in other origins positions: appeals that require us to believe that what is written in the text is altogether different from what is meant by the text. Ockham’s razor was, after all, first sharpened for theology’s benefit.

Because of this clarity in the text, young earth creation scientists who endeavor the infinite game of discovering God’s works have a peculiar joy and confidence about their work, even though from all outward signs we should not (small numbers, marginalized members, no funding to speak of, etc.). Yet joy and peace we have. In the remaining space, I want to share with you some of the people who are involved in this work and what they have discovered by investigating God’s creation when guided by his Word. I offer these not as “proofs” of young earth creation but rather points of success and consistency that build our trust that we are on the right path during a very long journey. This quest (to borrow the title from Todd Wood’s refreshing new book) will take a very long time, and it is best traveled with some good friends.

Working in the desert southwest over the past several years, Leonard Brand and Art Chadwick have been observing, measuring, and cataloging sedimentary rocks, looking for signs of bioturbation. This is the evidence of biological activity in sediments, such as the burrows of shrimp or the meanderings of worms that stir up sediment on the ocean floor. In modern environments, thin layers of sediments which formed during storm activity are rapidly mixed and obscured as animals tunnel though the layers looking for food. But if a global flood formed most of our sedimentary rocks in a short period of time, then there would be very little opportunity for bioturbation to occur. Surveying hundreds of miles of land and thousands of vertical feet of strata, Brand and Chadwick could find very few instances of heavy bioturbation like those found in today’s oceans, beaches, and estuaries. Instead, finely-preserved layers and minimal bioturbation are the norm, not the exception, and a hypothesis derived from the pages of Scripture is confirmed.

In May of 1980, one year after Steve Austin completed his dissertation on coal formation, Mount St. Helens erupted. Steve’s radical idea was that certain coal beds were formed by rafts of floating vegetation raining debris on the ocean floor, rather than from standing forests rotting in bayou-like swamps.I confess it will take far more work to even approach parity with the robust explanatory power of evolution or old earth geology, yet nonetheless I am encouraged that it can be done, because good work is being done. After the eruption, Steve went scuba-diving in nearby Spirit Lake, where the surrounding forest had been ripped off the hillside, filling the lake with floating logs. What Steve discovered in those murky waters was a layer of bark build-up that looked remarkably like the model of coal formation he had recently proposed. This model was based on his hypothesis that a global flood would destroy pre-flood plant communities, burying the debris in an aquatic setting over a short period of time.

Over the past dozen years, John Whitmore and his geology students have combed the state of Arizona to better understand the Coconino Sandstone. This conspicuous tan-white rock, exposed in the Grand Canyon and many other locations, is typically interpreted as having formed in a dry, windswept desert hundreds of millions of years ago. But if young earth creationists’ views of geology are correct, then the Coconino Sandstone was formed during Noah’s Flood, and was never a desert. So which is it?

With patience, determination, and hundreds of measurements and samples, Whitmore has uncovered numerous features consistent with a water-deposited origin of the Coconino Sandstone. These include 1) internal features called cross beds whose angles match those of underwater sand waves, not wind-blown dunes; 2) quartz sand grains that are less well-rounded than those produced by wind; 3) substantial size variation among sand grains, rather than the highly uniform sizes assembled by wind; and 4) angular fragments of soft minerals (such as dolomite and mica) that are cushioned from collision in water, but would be obliterated during impact with hard quartz grains in air. Add these discoveries to previous work by Leonard Brand that fossilized footprints preserved in the Coconino Sandstone are most similar to those made by animals moving underwater, and the depositional history of the Coconino Sandstone is quite congruent with young earth and global flood expectations.

These examples from geology provide a glimpse at what young earth creationists do when they employ infinite-game strategies to discovering God’s works. These examples do not, in and of themselves, refute old earth geology or biological evolution. But they do point in a different direction. I confess it will take far more work to even approach parity with the robust explanatory power of evolution or old earth geology, yet nonetheless I am encouraged that it can be done, because good work is being done. It is being done by careful scientists with diligence, integrity, and faith. That is why young earth scientists can, should, and will continue to play in this infinite game of discovery.

Marcus R. Ross (PhD University of Rhode Island) is Professor of Geology and Director of the Center for Creation Studies at Liberty University. He is interested in issues surrounding the creation-evolution controversy and the intersection of geology with the biblical events of creation and the flood. He has published articles in the Journal of Creation and Answers Research Journal, among others.
All posts by Marcus Ross
View Add a Comment
The Evidence of Science and ScripturePlacing Assumptions in the Dock
Sapientia RSS
Newsletter Sign-up
More in Areopagite See All
More in Creation Project See All