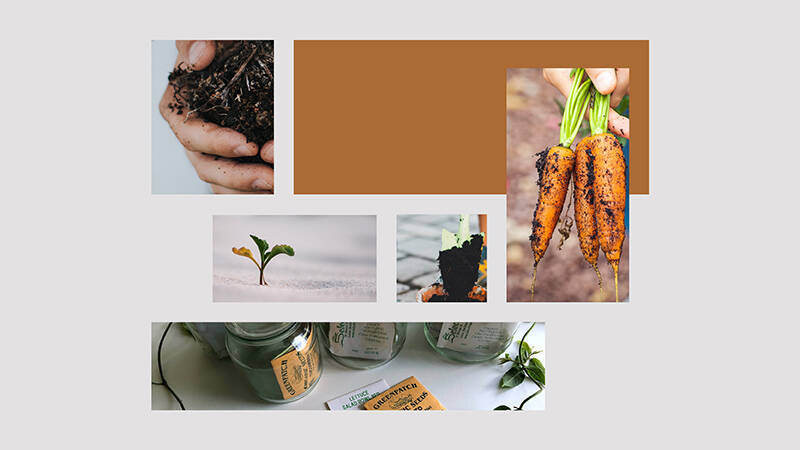 The Case for a More Capacious Concept of Cause

When we speak about action and agency, we inevitably avail ourselves of causal concepts—of agents moving in order to bring about changes in the world: Gianna gives the book to Sebastian, Dominic pours milk into his bowl, Thomas walks to school, and so on. Our concept of cause is deployed anytime we seek to explain the movements and changes we see in the world, and human action is one instance of this broader explanatory nexus.

From the standpoint of law and morality, we assume that sane, adult humans act differently as free agents, and accordingly, we speak of praise, blame, and guilt for what they do. If Gianna steals the book she gives to Sebastian from the library, we assign blame, where this means not only that the act is bad, but that the sense of its badness depends upon our shared recognition that she could have and should have acted differently. This recognition is the foundation of our institutions of justice. For judicial condemnation and punishment are licit only under the assumption of freedom; if a human agent is nothing more than a vessel through which the laws of nature play themselves out, it would seem very strange, if not downright perverse, to hold such agents to account for what they do. After all, no one blames a tree when it knocks down a power line, even as we recognize that the tree was the agent (the cause) of the power line’s destruction.

But this deeply ingrained assumption about personal freedom and responsibility appears at odds with the picture of the world given to us by the so-called hard sciences, like neuroscience, biology, chemistry, and above all, physics. According to that picture, all physical events are governed by deterministic laws of nature, and most ordinary human actions appear on their face to be physical events. How can such physical events be governed by deterministic laws of nature and also be freely caused by human beings? It seems like the explanation of human actions in terms of a distinctive kind of rational causality is either impossible or superfluous, because at the end of the day the ultimate explanation of what happens is one that must be stated in terms of the fundamental laws that govern physical events.

The Problem of Divine Action

In his new book, Unlocking Divine Action, Michael J. Dodds, O.P. notes a structurally similar problem that faces theologians with respect to divine action and agency. We know from the outset of Scripture that God is a creator,Dodds’s carefully argued and clearly written book is instructive, in that he lays out clearly and carefully many of the well-trod false avenues of escape from the problem of divine action. which entails that God is an agent who acts. However, just as we have trouble seeing how human free agency fits with our scientific picture of the world, according to which causality is reduced to the efficient causality of physical forces, we have an even harder time seeing how divine action fits into it. At best, God is reduced to a mechanical inventor, a first efficient cause who does nothing more than set a complicated machinery into motion. Such a God, if he exists, is not the God of classical theism.

Dodds’s carefully argued and clearly written book is instructive, in that he lays out clearly and carefully many of the well-trod false avenues of escape from the problem of divine action. The trouble with each of them is at bottom the same: they unreflectively accept the univocal account of cause inherited from modern science. In order to solve the problem, Dodds argues that we need to move from the univocal to an analogical account of cause, and to do that we ought to consider the capacious account of causality we find in the writings of Thomas Aquinas.

A crucial move in Dodds’s diagnosis is the distinction between science, understood as a methodological strategy for comprehending nature, which omits causes that cannot be measured in quantitative terms for explanatory purposes, from scientism, which is a set of questionable metaphysical commitments, among which is the denial of causes that fall outside the scope of quantitative measurement. The shift from scientific methodology to philosophical scientism brings with it the idea that there is only one unique type of cause in nature: the efficient causality of the energy that moves basic particles. Dodds notes that while such a constricted sense of causality worked fairly well for Newtonian mechanics, it is far less plausible when it comes to quantum mechanics and evolutionary theory. His analysis of how efficient causality falls short in various domains of contemporary scientific inquiry is a crucial element of his argument that we need to develop “richer modes of causality,” not only to understand God’s agency and action, but to understand the natural world as contemporary science presents it.

Causality According to Thomas

Since Dodds asks us to return to the conception of causality in Aquinas, I shall (all too briefly) summarize his analysis of it. For Aquinas, there are different kinds of causes—final, formal, material, and efficient—as well as different modes of causality: necessity, contingency, freedom, and chance. These divisions are tied to his metaphysics of substance, and his account of substantial form.

Within the sphere of efficient causality, we can mark further distinctions. Take the case of an agent writing a poem on paper with a pencil. The poem is the result of both the poet and the pencil as causes; for there is no word on the page the poet did not write, but no mark on the page came to be without the pencil either. On Aquinas’s analysis, the poet (principle cause) must employ another efficient cause, the pencil (instrumental cause),For Aquinas, there are different kinds of causes—final, formal, material, and efficient—as well as different modes of causality. in order to bring about her intended effect: the written poem. In instrumental causality, the effect always exceeds the capacity of the instrumental cause alone; for though it belongs to the pencil to make marks on paper, this activity depends upon a writer to make use of it.

It is also possible for one efficient cause to work through another to produce an effect that does not exceed but is proportionate to the capacity of the other; Aquinas calls this secondary causality. Consider an orchestra playing Beethoven’s ninth symphony. In this collective action, none of the musicians is producing the intended effect on their own; rather, they produce it together through the guidance of the conductor. For Aquinas, the performance is attributed wholly to the conductor and the musicians, but the conductor is the primary cause while the musicians are secondary causes.

This brief summary draws our attention to the fact that Aquinas’s concept of cause is not univocal but analogical; this means there is something in virtue of which all of these cases are called causes, but the sense of cause in the different cases remains distinct. For Aquinas, the focal meaning of cause at the base of any of its analogical extensions is that upon which something depends for its being or becoming, but the modes of dependency vary greatly depending on the type of cause in play.

Dodds argues that the analogous conception of cause is necessary to account for advances in contemporary science, but also to explain God’s causality. Dodds sketches his core account of God’s causality in chapter five. What is central to his account is the recognition of God as a transcendent cause; his manner of being and his manner of acting are wholly unlike that of us creatures. Talk of God’s causality seems to bring with it inevitable paradox: God transcends his creation and is also immanently present in it; God is in things, but only as their absolutely transcendent source of being; he is wholly unlike us and yet more intimate to us than any other creature, and so on. Dodds’s makes use of the analogical conception of cause—especially of primary and secondary, instrumental and principal causality—to dispel the air of paradox about these claims. He also puts it to use to explain how God’s action in no way diminishes human free agency, but rather explains how free agency is so much as possible in the first place.

The Philosophy of Action

To illustrate the problem, Davidson imagines a climber who wants to rid himself of the weight and danger of holding a second climber on his rope, and he knows that loosening the hold will do the trick. His belief and desire about the rope so unnerve him that he loosens his hold on the rope. In this case, what the climber does is caused by his belief and desire, but his action is not thereby intentional or voluntary.Davidson, “Freedom to Act.” The trouble with the causal account is that if the agent’s prior mental states are the efficient causes of his actions, it always remains an open question whether what the agent does is in the self-consciously known pursuit of the end and on the grounds of the belief that the action serves to realize it. The univocal account of cause is unable to secure the sort of rational connection we are looking for between an agent and what he does.

An alternative to the standard causal theory is the account of action given by Elizabeth Anscombe in her monograph, Intention. Although Anscombe insists she does not have a causal theory of action, this is because she is well aware that the predominant sense of cause is of no use for her purposes. But it is difficult to explain action without recourse to the language of causality, and Anscombe strains to achieve clarity under the weight of the task. But if we avail ourselves of a more capacious notion of cause, as Dodds suggests, we can state her view in causal terms more straightforwardly. Then we can say that human agents exercise a special kind of causality in acting, a kind of knowing, deliberative control over what they do under intentional descriptions. This truth is demonstrated, as Anscombe suggests, by the agent’s ability to answer a special sense of the question ‘Why?’ with regard to what she does under intentional descriptions, an ability that demonstrates that she knows, in a self-conscious and non-evidential manner, what she does under those descriptions. The agent’s knowledge of what she is doing is “the cause of what it understands,” according to Anscombe, but the sense of cause in this phrase is formal rather than efficient. That is, in acting the agent’s knowledge of what she intends to pursue is the formal cause of what she brings about—of its being an act of a certain determinate kind rather than any other. Human acts are free, on this view, because the human, through the exercise of her practical reason and will, determines what happens under certain descriptions that cannot be grasped independently of her own exercise of practical reason and will, which are powers that, by their nature, are never determined to any one act under any one description. Aquinas’s capacious conception of cause allows us to understand human action as both free and in causal terms, just as it allows us to understand divine action as both transcendent and immanent.

Jennifer Ann Frey (PhD University of Pittsburgh) is Assistant Professor of Philosophy at the University of South Carolina. She has published widely on topics relating to agency, virtue, and happiness from a Thomist perspective. She also hosts the Sacred and Profane Love, a popular philosophy, literature, and theology podcast.
All posts by Jennifer A. Frey   |   follow on &
View Add a Comment
Unlocking Divine Action: Introducing the SymposiumThomas Aquinas and His Many Causes
Sapientia RSS
Newsletter Sign-up
More in Symposium See All
More in Creation Project See All