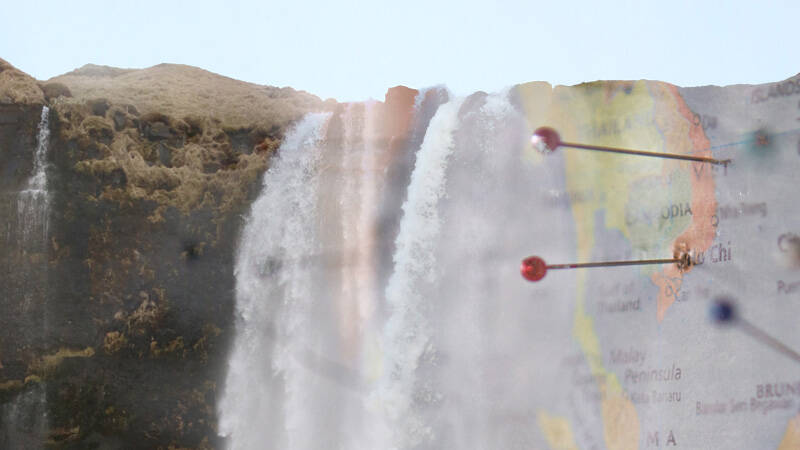 Merriam-Webster defines a miracle as “an extraordinary event manifesting divine intervention in human affairs.” How can a modern, educated Western adult believe in miracles? Miracles are a hard sell in our modern secular age. We know better—or so we are told.

More personally, how can a scientist believe in miracles? Isn’t “believing scientist” something of an oxymoron? As scientists, after all, we are committed to the rational exploration of the laws of nature, the governing principles of creation.

The confirmed secularist simply dismisses miracle stories as fables of a bygone era having no place in our enlightened age.

Many Christians approach the miracles recorded in Scripture as a litmus test for faith. They are in the deep past and simply to be accepted. The miracles performed by Jesus as recorded in the Gospels are somehow mystical proofs of the divinity of Jesus and an apologetic argument for Christian faith. The scriptures are inspired (they tell us so, 2 Tim 3:16). Miracles are recorded. Therefore miracles are true. Jesus performed miracles, therefore Jesus was divine. QED?

Other people seek out natural explanations that conform to the laws of nature, leaving miracles of timing rather than manipulation of nature. One of my ‘favorite’ speculations appeared in 2006 when researchers made a splash in headlines (and a scientific article) suggesting that perhaps Jesus appeared to walk on water because of the formation of spring surface ice on the Sea of Galilee. That ice could have formed periodically, more readily 1500 to 2500 years ago than today, is a valid scientific question (hence the scientific article). Connecting the possibility to the Gospel accounts of Jesus walking on water is irrelevant both scientifically and theologically, but makes good copy.

Luke Timothy Johnson’s book Miracles: God’s Presence and Power in Creation makes sense of miracles, especially those related in the Gospels and in Acts. This performs a real service for the church. Miracles are not an apologetic for faith. Johnson is quite adamant about this:

And although the history of apologetics might lead us to think otherwise, the basis of faith has remained the same from the time of the New Testament to the present. To put it bluntly, even if Jesus has worked all the wonders ascribed to him, and had not been raised, he would be only a great prophet of the past, not the life-giving spirit whose power and presence changes everything in the present (pp.169–170).

Ultimately resurrection is the only miracle on which Christian faith rests. This doesn’t mean the rest can or should be dismissed, or that they are mere stories, but it shouldUnfortunately the church has been sidetracked into a focus on literalistic readings, factuality, historicity, and demythologizing. focus our attention on the message conveyed by these miracles rather than on the factuality and historicity of any specific miracle. It is a waste of time to look for ‘natural’ explanations that protect cause and effect. Mechanism simply isn’t the point of the stories. God is at work in his world.

Unfortunately the church (and the rest of the Western world) has been sidetracked into a focus on literalistic readings, factuality, historicity, and demythologizing. Johnson looks at this history in “Part I: Framing the Discussion.” This history structures his approach to the topic of miracles and shapes the problem as he sees it, both in the church and wider society. The discussion of miracles and the supernatural more generally has been framed in an unproductive and even destructive manner. Enlightenment values of secularism, scientism, materialism, and rationalism permeate our culture. This is a serious issue—but the answer isn’t to dismiss the sciences.

The Weaknesses of Science?

The weakest part of Miracles comes in Johnson’s discussion in Chapter 2 focused on the weaknesses of science (pp. 32–40). As a scientist I find the discussion in this section of Johnson’s book unhelpful and occasionally misleading.As one who teaches quantum theory, I always find such arguments amusing and inaccurate. While applauding the success of science in areas such as medicine and engineering, he resorts to standbys of complexity, contingency, and revision, as though scientific progress stands or falls on the accuracy of popular proclamations of nutritional ‘laws.’ He throws in the indeterminacy of modern quantum physics to argue against the clockwork view of the nineteenth century. As one who teaches quantum theory, I always find such arguments amusing and inaccurate. Under our increasingly sophisticated scrutiny, ‘nature’ frequently surprises—but is not capricious. Newtonian physics was expanded—seen as a subset of a larger reality, not relegated to the trash can of history. In science we seek orderly laws governing behavior. Both chaos and quantum theory are orderly in this sense. We operate under the assumption that the far more complex fields of biology and psychology are also orderly; our current incomplete understanding is irrelevant. As a Christian, orderly laws are anticipated as the workings of a good creation. For the secular scientist, they are the simple result of a closed system of cause and effect.

A conflict between science and miracle only comes into play if one postulates nature as a closed system into which the divine is not allowed. The problem isn’t science, but secularism and its penetrating fingers into the church. Johnson hits the nail on the head here:

The secular construction of reality is powerful. . . . Secularity is so pervasive and persuasive that it significantly influences even those who are explicitly committed to the Christian faith (p. 45).

It isn’t science that causes the problems; the real culprit is a mindset that dismisses the very possibility of divine agency in the world.

At the Heart and Soul of Scripture

Of course, it isn’t only ‘nature’ where we anticipate coherence and order. The Christian story should also make sense. Miracles just don’t seem to be an important part of the story—except in the sense that God (and thus Jesus) can do anything. This is where Miracles really makes an impact, in “Part Two: God’s Presence and Power in the Old Testament,” but especially in “Part Three: God’s Presence and Power in the New Testament.” Miracles are not arbitrary acts of divine whim performed for convenience or applause. Nor are they just so stories to explain what cannot be otherwise explained, as though God is a scientific answer to scientific questions. God’s divine agency is the heart and soul of Scripture. The miracle accounts in Scripture reflect God’s divine agency in history. The signs and wonders performed by Jesus are not an apologetic for the faith, they are an enactment of the coming Kingdom of God. Johnson summarizes:

Christians therefore do not approach the miracles of the Gospels with the eyes of critical historiography, asking which of these reports is accurate and which not, but with the eyes of faith, seeking to understand the meaning of the signs and wonders they narrate: what do they tell us about Jesus, and what do they tell us about life in Christ? Nor do Christians approach the miracles of the Gospels with a theological anxiety concerning the basis of their faith; they read, rather, to understand more profoundly the one whose obedience to God was vindicated when God “exalted him and gave him the name that is above every name, so that at the name of Jesus every knee should bow, in heaven and on earth and under the earth, and every tongue confess that Jesus Christ is Lord, to the glory of God the Father” (Phil. 2:9–11) (p. 171).

The most helpful part of Miracles is Johnson’s detailed discussion of the signs and wonders recorded in the Gospels and in Acts. They become an important part of the story, conveying specific aspects of the identity of Jesus as Messiah and Lord. The story of the church related in Acts is the continuing story of Jesus.

The birth, ministry, death, and resurrection of Jesus, the establishment of the church, the extension to include both Jews and Gentiles in the family of God—all of this is through the Spirit and power of God. This is the power of God at work in the world. The miracles apart from the story are meaningless arbitrary acts. In the context of the story they play a central role displaying the power of God.

The most controversial part of Miracles is likely to be Johnson’s contention that a proper understanding of the role of miracles, signs, and wonders in Scripture should lead us to seek and even expect miracles today. Not as subjects of scientific inquiry, but as evidence of God’s power and presence within his people.

But the sterilized world of church in the Western world is too often divorced from the messy real lives of people, where miracles will occur. Rather than a community of Christians, church comprises an audience for a clergy. Prayer is generic rather than a focused expectation of God’s presence and power. Miracles are extraordinary (past) events rather than the continuing reality of God at work today.

Roseanne J. Sension (PhD University of California, Berkeley) is Professor of Chemistry at the University of Michigan, where she has taught since 1992. Her research focuses on the interaction of light with matter, with emphasis on applications in photochemistry and photobiology.
All posts by Roseanne J. Sension
View Add a Comment
Even More QuestionsTwo Kinds of Double-Minded Thinking
Sapientia RSS
Newsletter Sign-up
More in Symposium See All
More in Creation Project See All