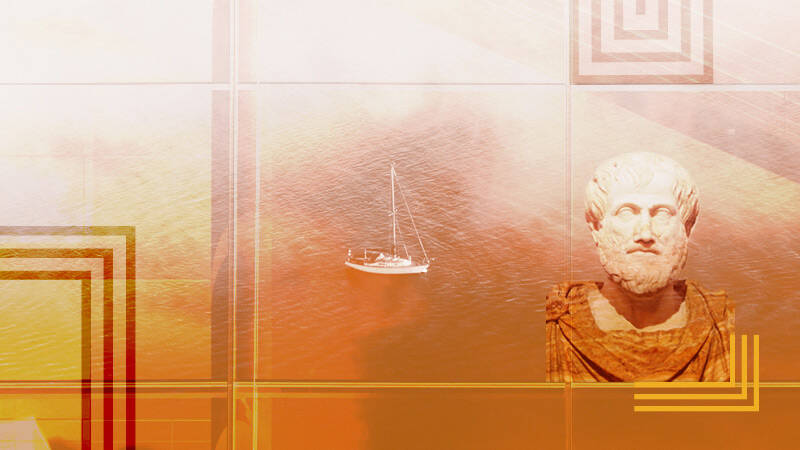 The Need for Human Nature

Aristotle’s science, continuing through the Middle Ages, investigated both kinds of facts, and saw them as connected with one another through the optimistic principle that things generally fulfill their nature and thus go right, from which it follows that there tends to be a harmony in a thing between its different ways of functioning. Thus, for an

Aristotelian, a healthy sheep has four legs. This fact is normative, but we discover it largely from observation of non-normative facts, such as that most sheep have four legs and that sheep with fewer legs are apt to die an early death. This normative fact, for the Aristotelian, is grounded in the nature of the sheep, a nature that is a metaphysical component (Aristotle identifies it with the soul) innate to all sheep, even the three-legged ones that fall short of their nature’s standards. This normative fact isn’t alien to the sheep, as it would be if it were just a function of human or even divine preference for four-legged sheep, or of a transcendent Platonic Form of the Sheep.

The Scientific Revolution limited science to investigating non-normative facts. This allowed for a more intensely empirical focus and led to unprecedented scientific progress. This success should not lead us to deny the reality and importance of the normative realm any more than the great successes of inorganic chemistry should lead us to eschew organic chemistry. Specialization is an important and useful tool, but there is always the danger of downplaying fields other than one’s own. For science as a whole, this danger is that of embracing what Gould calls the “disenchanted” view that reality is just particles and the void, with the rest being mere human interpretation.

I will discuss three central aspects of human experience crucial for the practice of science which require a normative realm: symbolic practices, rational thought, and ethics. Moreover, this normative realm is best understood as grounded in a normative innate human nature.

The language of science evolves out of the ordinary language we all speak, with technical additions. The scientist introduces new terminology, creating new words such as “wavefunction” or repurposing old ones such as “cell” or “energy.” This is done by examples or definitions, and in all cases the introduction itself involves a symbolic activity, whether linguistic or gestural.

The point generalizes beyond science: convention builds new symbolism on old, by acts like defining, hinting, pointing, demonstrating or showing. These acts must already be meaningful for the new symbols they introduce to be meaningful. If I point to an elephant and name it “elephant,” the acts of pointing and naming must already have a meaning.

There must, thus, be symbolic practices that are not merely conventional. We may not know what these symbols are, but it is plausible to think that they include gestures such as pointing, hugging and smiling (albeit these also have important conventional, and culturally variable, overtones), and maybe the fundamental rules of language common to all human languages—what the linguist Noam Chomsky famously called “Universal Grammar.”

Facts about the meaning of symbols are normative. It is an essential part of the meaning of the sentence “There is an elephant here” that it is incorrect to use that sentence in the absence of an elephant. The Aristotelian can explain where the meaning of the fundamental non-conventional symbols come from: like other fundamental norms governing human behavior, it comes from human nature itself. This human nature both sets the norms for the proper use of the fundamental symbols and impels us to use them in accordance with these norms.

Kepler found that the orbits of the planets were elliptical, and Newton used calculus to show that his Law of Gravitation predicts elliptical orbits.This is a normative question about human beings: What should humans given such evidence believe, and with what level of confidence? This is scientific evidence. But then we have this question: What should Newton think about his Law of Gravitation given this evidence?

This is a normative question about human beings: What should humans given such evidence believe, and with what level of confidence? This is not answered by physics or astronomy, since it is about humans. And it is not answered by psychology or sociology, since it is normative: it is not a question of what humans tend to believe in these circumstances, but what they should believe.

Over the twentieth century, it has become increasingly clear to philosophers that how one’s beliefs respond to evidence depends on one’s antecedent beliefs or levels of confidence. Thus, if one has a high degree of confidence that the world is an orderly place with elegant mathematical explanations, then that leads one to accept the Law of Gravitation on the basis of the evidence that it elegantly predicts elliptical orbits. But if one’s confidence in the mathematical orderliness of the cosmos is lower, then one will worry more that the fit between Newton’s Laws and observation might just be a coincidence.

Some philosophers—the subjective Bayesians—hold there is no answer to the normative question of what initial confidence one should have regarding such fundamentalThe Aristotelian can say that the answers to such fundamental questions about how one ought to think are grounded in norms given by our human nature. questions as the orderliness of the universe. But this is surely mistaken. The person whose degree of confidence is so low that they never accept evidence for scientific theories is not thinking rightly, nor is one who is so confident in unifying explanations that they constantly accept conspiracy theories.

The Aristotelian can say that the answers to such fundamental questions about how one ought to think are grounded in norms given by our human nature. And because of the fundamental Aristotelian principle that things tend to go right and norms fit together harmoniously, the rules of thought are not found in a mysterious inaccessible realm, but we can find them by looking at how people actually think, especially those whose lives hang together well, those whom Aristotle calls “the wise.” Still, what makes it be that we ought to obey such rules of thought is not the fact that people actually think according to them, but that the human nature—a metaphysical component of the human individual—enjoins them on us.

The most obvious area of normative questions I left for last: ethics. After scientists have communicated and decided what they should think about the world, we have the question of what should be done. Suppose science, together with the rules of thought in human nature, has established that we should think that carbon emissions will lead to rising temperatures and future human suffering. Still, we have a question: Should we reduce carbon emissions in light of this?

This is obviously a normative question. It requires a normative judgment whether human suffering is a bad thing, and, if so, whether we should make short-term sacrificesSuch “metaethics” questions have been the subject of intense focus by ethicists in the twentieth and twenty-first centuries. to alleviate this bad. No amount of scientific investigation will answer these questions.

Now, in fact, most of us know the answers to these particular questions: Suffering is in itself a bad thing and human beings should be willing to make sacrifices for the sake of descendants. But there is still the question of what makes these answers be the right answers: What makes suffering be bad and what makes sacrifices for the sake of the future obligatory? Such “metaethics” questions have been the subject of intense focus by ethicists in the twentieth and twenty-first centuries.

Natural Law ethics, developed by St. Thomas Aquinas in the Middle Ages on the basis of Aristotle’s metaphysics and ethics, answers the question by pointing to the human nature as the source of ethical norms. The norms are not an external imposition, but they are innate to the nature of the kind of beings that we humans are.

Aristotelians can answer fundamental questions about the source of norms central to science and all of human life: not just the ethical norms that Natural Law ethics has focused on, but also norms of symbolic behavior and thought. The norms are accessible to us by observing the actual behavior of human beings which, especially in the wise, tend to reflect these norms.

All these norms are objective. But there appears to be something contingent about them. This is clearest with symbolic behavior—couldn’t a smile signal sadness, say?—but can also be found in thought and action. Such contingency may suggest that the norms are not objective after all, that relativism about them is true. However, when we see the different kinds of norms as of one piece, relativism is untenable: relativism about symbolic norms undercuts the possibility of communication, and relativism about norms of thought makes intellectual victory over pseudo-science impossible.

The Aristotelian has a better answer about the apparent contingency of some of the norms: they are grounded in human nature, our nature, but there could have been intelligent beings whose nature was different from ours and hence imposed different norms of symbolism, thought and action on them. Intelligent sharks might have had fewer obligations to their neighbor than we do, and intelligent bees more. And for all we know, there are such intelligent beings with other natures, say angels or aliens.