A great and godly servant has gone to glory. James Inell Packer knew how to serve his risen Lord through both the spoken and written word, and also through sage advice shared with others. He taught in theological colleges in both Britain and Canada. This British born, Oxford D.Phil. was a church scholar rather than a guild one. He labored to strengthen the church whichever way he could. I for one am in his debt. If John Stott was the exemplary pastor of evangelical Anglicanism, then J. I. Packer was its theologian. Now both have left us.

Speaking personally, I first heard Jim Packer for myself in the 1980s at Moore Theological College in Sydney, Australia. I was junior faculty member and he gave public lectures on Christology. They were careful, biblically solid and faithful.If John Stott was the exemplary pastor of evangelical Anglicanism, then J. I. Packer was its theologian. Now both have left us. I still recall his explanation of how Jesus had a truly human mind, yet he was divine. I had read by that stage many of his books defending the integrity of Scripture as the word of God written. Now I was hearing the man in person. In 2008, he left the Anglican Church of Canada because it had officially embraced an unbiblical view of human sexuality. I admire his courage. Irenic though he was, he was also a person of deep convictions.

His books were many, but I will only mention two. (He wrote scores of books. A Quest for Godliness was his favorite.) His Concise Theology: A Guide to Historic Christian Beliefs is his systematic theology. It is written for the church, rather than for the academy. In the preface he says that he wrote it for sheep not giraffes. He refers to Jesus’ comment about feeding sheep. In other words, simple. That simplicity is characteristic of his writing and teaching. So too is the aptness of phraseology and illustrations. The book also contains key descriptors he chose that tell the attentive reader so much about Packer’s theological stance in the world: “Reformational,” “Evangelical,” “historic and classic mainstream,” and “Reformed Anglican heritage.” He was steeped in the 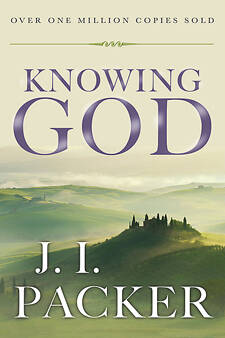 Puritans. Unsurprisingly then, as for theological horticulture, he was five-point Calvinist. TULIP through and through. And yet he was so secure in his theology that he could fellowship and co-operate with integrity with those of a very different theological persuasion—Anglo-Catholics and Roman Catholics, for example—but who were supernaturalists like himself. This small book may endure as it is not dated by references to present debates.

The second book, I believe, will endure, Knowing God. It has sold around four million copies and has been translated into 25 languages. It is classic Packer: simply written, well organized, and an abundance of Scripture references. It exhibits his great desideratum that “the first mark of good theology is that it seeks to echo the divine Word of God.” One of its chapters has been especially dear to me. In “Sons of God,” he elaborates the doctrine of our sonship. The primary and fundamental blessing of the gospel is our justification: our acquittal in the divine court. However, the highest blessing of the gospel is our sonship. We are the children of God. Here is Packer at his finest. He makes a distinction that is true to Scripture and full of implications for the Christian life.

Packer lived out the wisdom of Meldenius (1582–1651): In the essentials, unity, and in the non-essentials liberty, and in all things, charity. Graham A. Cole (ThD Australian College of Theology) is Dean and Professor of Systematic Theology at Trinity Evangelical Divinity School. He is the author of a few books, including He Who Gives Life: The Doctrine of the Holy Spirit (Crossway, 2007), The God Who Became Human: A Biblical Theology of Incarnation (IVP Academic, 2013), and Against the Darkness: The Doctrine of Angels, Satan, and Demons (Crossway, 2019).