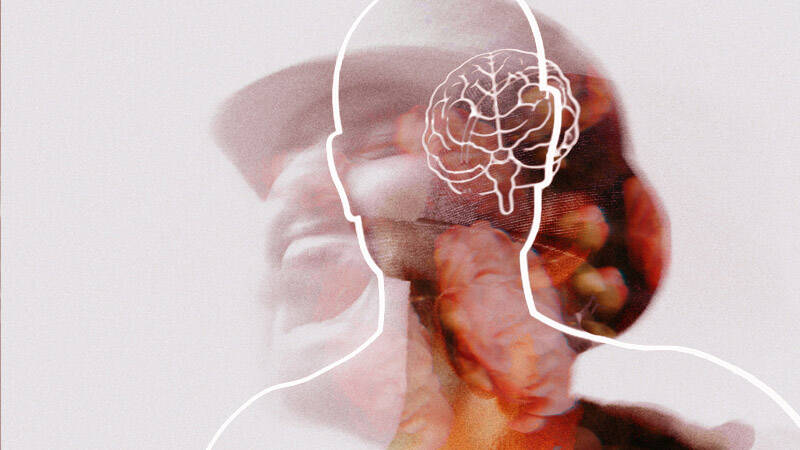 On the Very Idea of Theological Naturalism

Sarah Lane Ritchie’s Divine Action and the Human Mind is a well-written treatise advocating for a robust theistic naturalism that affirms God’s active presence not only in the human mind, but throughout the natural world. Let’s clarify her terminology since, on the surface, it would seem that “theistic naturalism” is an oxymoron. The standard philosophical understanding of “naturalism” holds that the supernatural realm is non-existent, nature is autonomous and causally closed, and natural properties and causes are sufficient for all explanations. In short, naturalism conventionally holds that God does not exist and thus cannot have an explanatory function.

To speak coherently of “theistic naturalism” requires revising the philosophical meaning of “naturalism” to render it consistent with theism. To achieve this, Ritchie advocates a “theological turn” that conceptualizes laws of nature in terms of the ontology of divine action rather than vice-versa (p. 27). It is her position that science cannot, by itself, delimit the ontology of nature or the parameters of the God-nature relationship. The nature of nature can only be grasped properly when it is understood in terms of a God-nature relationship that includes a conception of divine action as, in some appropriate sense, naturally formative, that is, as giving being and structure to nature. In principle, then, the whole of scientific knowledge—insofar as we can agree on what constitutes it—is drawn into the ontology of theistic naturalism, allowing our understanding of nature to be analyzed in various theological frameworks that offer different conceptualizations of divine action. This terminological anschluss reveals the deficiency of standard philosophical naturalism while opening the door to a “true” naturalism that places nature in its proper metaphysical context as created and ordered by God (p. 28).

On Making the Theological Turn

While I have strong reservations about the confusion the term “theological naturalism” can generate and I generally despise the standard philosophical associations conjured by the word “naturalism” itself (see Ritchie’s distillation on pp. 202-203), I whole-heartedly agree that the theological turn Ritchie advocates is necessary. Divine action must be understood as formative of nature and essential to its coherent functionality. I would, however, seek explanations significantly different than the ones she explores and articulate a conception of the human mind quite different from what she considers, though I cannot readily explore these here. In regard to the necessity of the theological turn, I would contend that there is no sustainable concept of natural necessitation (physical law) under the aegis of philosophical naturalism. But contrary to Ritchie’s worry that any theological naturalism that makes God indispensable to nature while including “the whole of scientific knowledge” faces the challenge of “real engagement with the natural sciences” (p. 29), I would argue that when scientific knowledge is allowed to affect how we conceive of the mode of divine action in relation to the physical world and of the human mind, certain conceptions are eliminated and others revealed to be superior. I cannot say much about this in a short review, but I’ve written extensively about it elsewhere.See B. L. Gordon, “Idealism and Science: The Quantum-Theoretic and Neuroscientific Foundations of Reality,” in Joshua Farris and Benedikt Göcke, eds., The Routledge Handbook of Idealism and Immaterialism (New York: Routledge, forthcoming 2020), and references to various other essays of mine therein.

Ritchie is rightly and severely critical of what she calls “causal joint” models of both the interventionist and non-interventionist kind. These models focus on the causal joints where divine activity is conjectured to meet physical reality. The interventionist (in my view correctly) rejects the causal closure principle that physical events must have physical causes, but unfortunately also presupposes the background autonomy of physical reality. Causal joints thus occur where God intervenes and divine causality supplants physical causality.While quantum physics does have some very interesting implications for theories of divine action, the non-interventionist appropriation of it is ill-conceived. Interventionism thus allows for “violations” of laws of nature: autonomous physical laws are ceteris paribus laws, but not all things are equal when God acts in a special way. The ceteris paribus status of physical regularities seems correct, but it is wrong to think of physical laws as operating autonomously without divine involvement, so the idea that something is “violated” by special divine action is mistaken. Since the regularity of nature is always dependent on divine action, the idea of an intervention is misconceived; it is never the case that God is not active.My view of how divine action functions to maintain the integrity of reality is articulated and defended in B. L. Gordon, “The Necessity of Sufficiency: The Argument from the Incompleteness of Nature,” in Jerry Walls and Trent Dougherty, eds., Two Dozen (or so) Arguments for God: The Plantinga Project (Oxford: Oxford University Press, 2018), 417–45, and other essays. The non-interventionist causal joint theorist seemingly shares with the interventionist an assumption that either God or natural processes can be responsible for an event, but not both, while looking for causal joints where divine activity can meet physical reality without violating the laws of nature. This approach, like interventionism, is also mistaken in attributing autonomy to nature, but it is mistaken in other ways too. The non-interventionist must search for gaps in the causal structure of nature where God may operate and, naturally enough, looks to quantum physics. While quantum physics does have some very interesting implications for theories of divine action, the non-interventionist appropriation of it is ill-conceived. It is not hard to show that if nature is autonomous, then assuming there would have been a different outcome if God had not acted in the causal gap imposes counterfactual definiteness on the quantum system in a way that leads to a Bell inequality the system will violate, so the assumption is false.See my essay “A Quantum-Theoretic Argument against Naturalism,” in B. L. Gordon and W. A. Dembski, eds., The Nature of Nature: Examining the Role of Naturalism in Science (Wilmington, NC: ISI Books, 2011), 179–214, esp. §3. While it is true that there is no local fact of the matter to be known about quantum outcomes before they are observed—and supposing there is leads to Bell inequalities the quantum system will violate—this does not entail that it’s metaphysically impossible for God to create quantum outcomes as they happen in a way that maintains the validity of quantum-mechanical descriptions (indeed, the distinction between “as they happen” and “fixed in nature” disappears from a timeless divine perspective). We shouldn’t think of God as acting in the causal gaps of a causally-closed secondary-causational structure; rather, divine causality constitutes the reality of any and all quantum phenomena, tout court. Self-contained efficient or probabilistic causality has no role in inanimate nature. Ritchie discusses a variety of problems with causal joint models and ultimately rejects the interventionist/non-interventionist binary altogether (p. 47), a conclusion with which I agree, though my reasons differ in some ways because the model I find superior is quite different than any she considers. But we do agree that causal joint models are deficient theologically, metaphysically, and scientifically.

The Fundamental Status of Consciousness and Mental Causation

While I’m enthusiastic about a theological turn that understands the law-like order in nature in terms of divine action, I’m considerably less sanguine about Ritchie’s advocacy of theological naturalism, especially since she sees it as opening a way to embrace naturalistic accounts of the human mind (pp. 29, 346, et passim). In this pursuit, she discusses the hard problem of consciousness and various attempts to deflate it (pp. 133–56), but never really comes to terms with intentionality as the hallmark of consciousness and the intrinsic inability of matter, qua material, to possess it, or of computers, as machines, to ascend from the implementation of algorithms to the grasping of concepts (understanding).The lesson here is that there are principled considerations that would counsel us against placing our faith in a naturalism-of-the-gaps. Meaning is not intrinsic to neurons, synaptic traffic, or the neurochemical syntax of the brain, nor is it generated by it any more than the grammar and lexicon of natural languages have intrinsic associations with the meanings they are used to convey. Our capacity for intentionality and semantics is correlated with physical systems and their behaviors in our bodily life and communication, but it is not intrinsic to these things, nor could it be. Intentionality and meaning transcend the phenomena of the physical world while being correlated with them in contingent ways. These correlations are themselves subject to scientific investigation and description, but the mind as inherently characterized by intentionality exists at a level of reality beyond the physical and must be studied at this level, for it is neither reducible to a material substrate nor capable of being generated by it. Ritchie considers mind-brain identity theory, functionalism, and non-reductive physicalism (pp. 157–85) as paradigmatic physicalist approaches to mind, and they are, as she recognizes, all woefully incomplete. The lesson here is that there are principled considerations that would counsel us against placing our faith in a naturalism-of-the-gaps. Consciousness is fundamental, not derivative. I therefore see naturalistic accounts of the human mind—ones that portray human consciousness as something physical and either reducible to brain function or in some non-reductive and nebulous sense supervenient upon or emergent from brain function while having an effect on brain function—as resting on a category mistake. Consciousness is not what needs explaining; consciousness is what does the explaining. Matter is not fundamental in the theistic worldview, mind is. Our consciousness transcends and makes possible the experience of what we call physical reality in and through our bodies, and divine consciousness is what creates and sustains physical reality as a whole, inclusive of our bodies. The presence of consciousness in the universe and the existence of physical reality itself do not have explanations that arise from within nature. Both have their explanation in that which grounds all of reality: God. Divine consciousness transcends nature and is fundamental while created consciousness transcends nature and is derivative of divine consciousness. Both function as explanans, not explananda. As I pointed out, however, this does not mean that consciousness cannot be scientifically investigated. There are neural correlates of consciousness and the neurophenomenology of brains and nervous systems is empirically investigable within a metaphysics that reverses the polarity of explanation from what is commonly supposed, which is to say, the mental is primary and causative, and the physical is derivative and passive, not the reverse.I develop an account of how a research program in neuroscience might be pursued on this basis by adapting Giulio Tononi’s integrated information theory of consciousness and Donald Hoffman’s conscious realist program in my essays “Idealism and Science: The Quantum-Theoretic and Neuroscientific Foundations of Reality,” op. cit., and “Consciousness and Quantum Information,” in Brian Krouse and Cristi Cooper, eds., Minds, Brains, and Consciousness (Seattle, WA: Discovery Institute Press, forthcoming 2020).

Sarah Lane Ritchie’s book provides abundant opportunity for reflection on important issues in the theology of nature, theological anthropology, philosophical theology, divine and human action, philosophy of religion, philosophy of science, and natural science (especially quantum physics and neuroscience). Her treatment of the issues is helpful, though we have found reasons to differ from some of her conclusions and strategies along the way. I suppose as many questions have been raised as have been answered in this regard, but one may hope the stage has been set for interesting conversations to follow.

Bruce L. Gordon (PhD Northwestern University) is Associate Professor of the History and Philosophy of Science at Houston Baptist University. He is a co-editor and contributor to The Nature of Nature: Examining the Role of Naturalism in Science (ISI Books, 2011) and Biological Information: New Perspectives (World Scientific, 2013), as well as the author of many articles for academic journals and edited collections.
All posts by Bruce L. Gordon
View Add a Comment
Taking the Theological TurnDivine Action and the Human Mind: A Rejoinder
Sapientia RSS
Newsletter Sign-up
More in Symposium See All
More in Creation Project See All