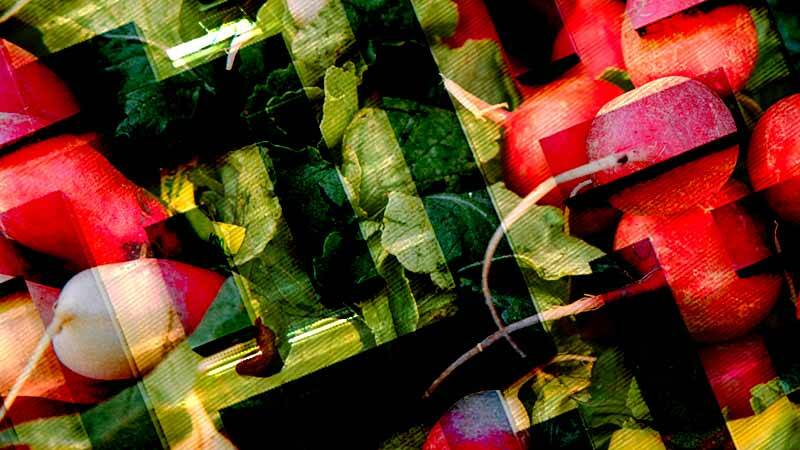 An Invitation to Reclaim Mystery and Pursue Unity

The disruption of a pandemic clearly shows us the tension that mounts in the face of uncertainties. We also see real danger adopting and acting from dogmatic positions when the data leaves an ambiguity in how best to read and understand it. The danger posed by a reluctance to patiently wait in persistent and mounting tension invites us to recognize a true parallel as we wait with tension to see how scientific data and theological discussions play out in regard to the challenges of human evolution and origin. The Genealogical Adam and Eve (GAE) by Dr. S. Joshua Swamidass may be a therapeutic or palliative to benefit a fractured body filled with discord and tension.

I was grateful for the opportunity to endorse the GAE and participate in ongoing dialogue over this work in this review. My gratitude does not stem from agreement with Swamidass, but rather from appreciating his desire to eliminate unnecessary divisions erected between science and theology and between Christians who approach and interpret the scriptures and the science differently.See my qualified endorsement of GAE on p.iii and a follow-up discussion regarding the endorsement here: https://www.facebook.com/peacefulscience.org/videos/740844799738108/.

I love that Swamidass, in different words, invites each of us to ask, “What if I’m wrong? What if there is a different way to consider the data—biblical and scientific—that leads to more mystery but greater unity?” What if this different way of viewing the data somehow opens the door to accommodate a variety of views and interpretations? I think Swamidass’s GAE model does this, and for this reason I recommend it to you.

People Outside the Garden

Swamidass insightfully explains how people outside the Garden are also outside the focus of the biblical narrative—although perhaps not outside God’s redemptive plan articulated within Scripture (pp. 147–50). As such, Swamidass claims that we are free to speculate about them in regard to their relationship to Adam and Eve’s descendants. And speculate he does throughout the GAE.

Such speculation excites me. I am inherently curious and value how curiosity, speculation, and Swamidass invite us to intellectual honesty and humility in considering a broad range of interpretive views that may be distinctly different from one another yet faithful biblically, scientifically, historically, and traditionally.

After detailing how population genetics simulations indicate multiple universal genealogical ancestors, Swamidass articulates the limitation of science’s ability to help distinguish between the various range of views. For instance, the GAE model gives shifting possibilities for chronologically locating an historical universal genealogical pair depending upon which time in history one desires to demonstrate the shared genealogical ancestry of all concurrent humans.Therefore the GAE opens dialogue for recovering traditional views of Adam and Eve while eliminating scientific objections, for where there are possibilities, even without certainty, there is no room for those who say it is impossible and thus untrue. Like modeling a pandemic, the dating of any universal genealogical couple depends on several variables including the rates and direction of migration of subsequent human populations, geographic barriers, and population structures. Considering these differences, an historical genealogical Adam and Eve could be as recent as 6,000 years ago (though this date depends on models of migration that are possible but are the topic of considerable scientific criticism) or much more ancient (10,000 years ago or older)—the more ancient, the less constraining the assumptions. The problem for some critics is that each of these models points to multiple, possible, but not specific, universal genealogical ancestors. It is a model of the possible not of the specifics (pp. 56–64).

Therefore the GAE opens dialogue for recovering traditional views of Adam and Eve while eliminating scientific objections, for where there are possibilities, even without certainty, there is no room for those who say it is impossible and thus untrue. Swamidass’s approach, therefore, is likely uninviting or even dissatisfying for those who want to maintain that a historical couple is not compatible with current scientific understanding, whether to discredit the biblical story in toto or to invalidate or marginalize literalist approaches to interpreting the Genesis narrative as a historical account of origins. It is also likely dissatisfying for those who desire certainty in pointing to a single, specific historical couple at our origins.

The genealogical emphasis in the GAE clearly mirrors the scriptural emphases placed on genealogies and retains elements of relationships of theological importance, especially in regard to the doctrine of original sin. The emphasis on genealogical ancestry is so clearly biblical that its long-term absence in evangelical conversations about human origins is shocking. Its absence from evangelical dialogue likely rests, in part, on the observation that genealogy is assumed by a sole genetic progenitorship at the headwaters of humanity. A genealogical model becomes necessary only when evolutionary constraints necessitate human origins from a population rather than a couple. Still, a genealogical approach, taken in the GAE by Swamidass and elsewhere by others, accommodates and preserves historically important doctrines.Pp. 111–13. Swamidass cites work by Kenneth W. Kemp, Andrew Ter Ern Loke, Edward Feser, Jon Garvey, Gregg Davidson, and Antoine Suarez. It also provides creationist models a clear release from the challenge of population genetics put forward by others, which now seems to rely on improper assumptions or interpretations of genetic data.

Throughout the GAE, I appreciate how Swamidass takes great care to be clear when a lack of inherent ambiguity permits clarification. This care contributes to clearer thinking and dialogue in regard to such terms as polygenesis, monogenesis, people outside the Garden, and traditional views of Adam and Eve and the Genesis narrative. For example, he states,A more Christocentric emphasis on image bearing would strengthen Swamidass’s arguments for monogenesis and settle questions for the basis of worth and dignity for those made in God’s image as well as for all of creation. “Necessarily, I do not mean the term traditional as pretense for exclusion. A lavish diversity of faithful views of Genesis are found in the history of the Church. Some are rejected as false, but many are faithful heterodox, not heresy” (p. 157). In seeking clarity, Swamidass was also quick to correct himself when he stumbled in use of some terms related to lineages of common descent (mono- and poly-phyletic) in the GAE. He has since made clarification.S. Joshua Swamidass, “I was wrong on monophyletic” Peaceful Science, March 10, 2020. https://peacefulscience.org/wrong-on-monophyletic/ Despite a need for correction, this should not distract from the clarity provided by a genealogical Adam and Eve model in crucial support of the monogenesis of the human race. This is another critical and beneficial component of Swamidass’s work; it effectively ends the racist, polygenesis components that plague human history and support destructive elements in current society.

Swamidass also devotes much time and care addressing the multivalency of the term human. Although not a biblical word, our use of human bears much on what it means theologically to be a descendent of Adam and made in the image of God. So the attention is necessary as the status of those outside the Garden raises real theological tensions and questions along these lines. In the chapters that address these issues, Swamidass considers various views in regard to identifying humanness in scientific terms and defining the image of God from primarily substance, vocation, and relational views (pp. 98–103, 106–07). The distinctions he draws, from a range of views within scientific and theological disciplines, show the difficulties we face in seeking to communicate clearly with one another within our own disciplines but even more so, the challenges for communicating clearly cross-disciplinarily.

Swamidass rightly observes that many scientists and theologians cannot agree as to shared definitions of human or the image of God, and posits that each scholar may define these for him/herself (p. 105). Failure to bring clarity on these issues is probably the most dissatisfying aspect of the GAE for me. In regard to how the image of God comes to bear on Adam and Eve and their descendants and how that relates to the people outside the Garden, I believe Swamidass neglects significant consideration of how the incarnation of Jesus informs this topic. It seems that any definition of the image of God must necessarily look to Jesus as the perfect image of the invisible God (Col 1:15). Surely Jesus provides crucial clues as to how to interpret the possibilities, maybe even in demarcating a boundary scientifically. It seems a greater Christological emphasis would bring more clarity to the non-mutually exclusive theological positions addressing the image of God. Jesus shared the attributes and heart of the Father and his vocation was the relational reconciliation of his brothers and sisters and ultimate destruction of the enmity at play among those of different theological or religious traditions—the Jew and the Gentile (pp. 99–103. 106–11). A more Christocentric emphasis on image bearing, exploring the incarnation, would strengthen Swamidass’s arguments for monogenesis and settle questions for the basis of worth and dignity for those made in God’s image as well as for all of creation.

Although I wish Swamidass would have articulated a more Christocentric perspective in respect to the image of God in the GAE, Swamidass certainly reflects the image of God in Christlikeness as he seeks in this work to remove the enmity and barriers that divide scientists, theologians, exegetes, evolutionists, and creationists. He also models Paul’s exhortation to make every effort to maintain unity as we seek the truth together in the midst of all the orthodox and faithful heterodox options before us now (Eph 4:3).

Anjeanette “AJ” Roberts (PhD University of Pennsylvania) is a molecular biologist, Christian apologist, speaker, and writer. She was formerly a research scholar at Reasons to Believe. AJ received the NIH Merit Award (2005) for her contributions to research in respiratory viruses. She has over 30 peer-reviewed publications.
All posts by Anjeanette Roberts   |   follow on &
View Add a Comment
Theology and the Science of ConsciousnessWhich Game? Whose Rules?
Sapientia RSS
Newsletter Sign-up
More in Symposium See All
More in Creation Project See All