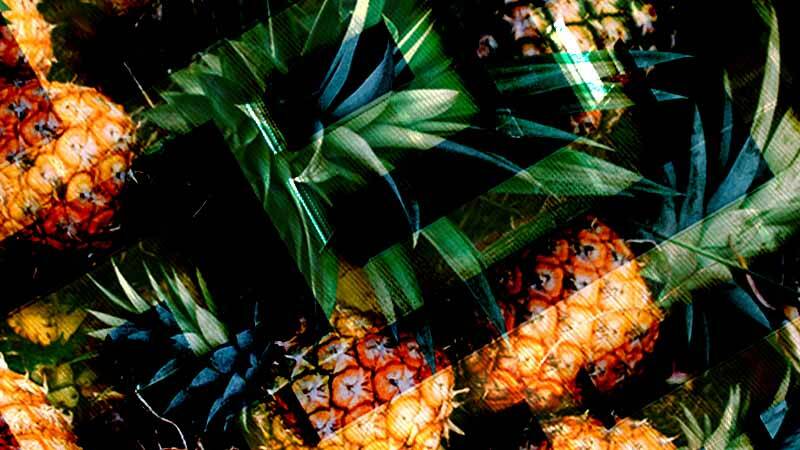 Hedges Around His Garden

Dr. Joshua Swamidass has undertaken quite a task: to persuade a wide range of readers, both Christian and non-Christian, that Adam and Eve did in fact exist. Specifically, they were created de novo by God only a few thousand years ago, placed in the Garden of Eden, fell into temptation and sin, were exiled, and are the ancestors of all humans alive today. As a young earth creationist, I wholeheartedly agree. They are the clear teachings of Scripture. All of this sounds very good.

Yet there was much that troubled me as I discovered how far Swamidass’s interpretations of these statements depart from historic Christian views, and so my task in this essay is threefold. First, I evaluate the scientific methodology and research that form the foundation of Swamidass’s genealogical Adam and Eve (GAE) hypothesis. Second, I respond to the biblical/theological arguments he presents for Pre-Adamites (or what Swamidass calls “people outside the garden”). In these first two sections I focus on a problematic aspect of Swamidass’s overall argumentation: a penchant for erecting rhetorical barriers that establish strict rules by which one is permitted to engage his central thesis, barriers that leave the reader with the uneasy feeling that they are being corralled rather than guided. Third, I provide a brief sketch of young earth creationist’s (YECs) current views on geology and paleoanthropology, as these views provide additional insights for why YECs will remain unpersuaded by Swamidass’s call to embrace GAE.

Swamidass first sets up some basic parameters for the GAE hypothesis (pp. 25–26). We are told that Adam and Eve can be recent (6,000–10,000 years ago), de novo creations placed in the Garden of Eden in the Middle East. They are Homo sapiens and genetically indistinguishable from the already existing and globally distributed population of Homo sapiens that evolved through typical Darwinian processes. Once Adam and Eve’s offspring begin mating with this group, their specific genetic contributions are lost or cannot be identified, rendering them “genetic ghosts” (p. 89). Yet because their offspring (and their offspring’s offspring, etc.) continually merge via mating with the rest of the Homo sapiens population, by AD 1 all humans claim Adam and Eve as genealogical ancestors.A.D. 1 is Swamidass’s date, derived not from any particular study or simulation but from his theological preference for universal genealogical connections before the ministry of Christ. Because the science of genetics cannot identify specific genealogical ancestors after a few generations, Swamidass can place GAE within an out-of-view historical nook, protected from scientific testing and falsification (pp. 34–35).

So is GAE unfalsifiable speculation or is it testable science? Swamidass employs both options as needed, creating a mobile barricade with which the reader must contend throughout the book. When scientific studies seem to comport, GAE has withstood rigorous testing. When arguing that Christians should adopt GAE, he employs the unfalsifiability defense to assuage fears of future disproof, claiming, “the evidence from science . . . does not tell us one way or the other” (p. 89).

Let’s consider how this defense operates when applied to a more familiar field: health. Suppose the FDA stated that taking high doses of vitamin K was dangerous for people suffering from gout. This is purely an exercise. To my knowledge, there have been no such claims. A supplement company, convinced that vitamin K actually relieves pain from gout, commissioned a study to evaluate the FDA’s statement, which determined that there was no evidence for or against vitamin K harming those with gout. Based on the new data, the company can legitimately point out that the FDA was wrong and needs to rescind their warning. They cannot, however, claim that vitamin K’s efficacy in pain relief has been vindicated, because that claim has no evidential support. And they certainly should not begin an ad campaign telling patients with gout to take vitamin K to relieve their pain using the argument “there is no evidence against it, so it’s fine.” Yet this is the precise reasoning Swamidass employs to persuade Christians that his GAE hypothesis will rescue Adam and Eve from modern concerns raised by evolutionary science.

My second critique of GAE’s scientific case concerns Swamidass’s presentation of the genealogical research central to his hypothesis. The scaffolding for GAE comes largely from two ancestry simulations by Chang (1999) and Rohde et al. (2004). These works feature prominently because they posit that all people alive today share common genealogical ancestors no deeper than ~3,500 years ago. Now, I have no particular qualms with these publications; however, at sixteen and twenty-one years old they are quite dated, particularly for computational studies. Moreover, Swamidass’s near-exclusive reliance on their findings risks calamitous structural problems for GAE if their findings prove inaccurate or flawed. My growing unease intensified when Swamidass claimed that, while more detailed and complex simulations than the 1999 and 2004 studies would be useful, they are probably too technically challenging to construct (p. 63). Why should that be the case, given the tremendous increase in computational capabilities since these works were published?E.g., the fastest supercomputer in 1997 made 120,000 times fewer computations per second than the fastest one in 2018, according to top500.org. Yet Swamidass pressed further still, predicting that “fortunately, all these [hypothetical and future] improvements to the simulation would reduce the time to universal ancestry” and bolster his GAE hypothesis (p. 64).

As it turns out, we need not wait long, because cited in his own book is a detailed genealogical simulation from 2016 that directly contradicts this prediction. In chapters 4 and 5, Swamidass cites the analytical research of Kelleher et al. (2016) while building his case for a 6,000–10,000-year-old GAE. Yet the findings of their research offer no such support. Consider this from their conclusion:

For our own species, assuming a dispersal distance of only a few kilometers, it would take some thousands of generations for ancestors to spread world-wide—much longer than the hundreds of generations taken in the model of Rohde et al. (2004). However, occasional long-range movements can greatly accelerate spread, and so the actual time may lie between these extremes.

How does “some thousands of generations” compare with GAE? Positing a twenty-year generation time for humans, we reach Swamidass’s target of 6,000–10,000 years ago in 300–500 generations.This is no minor slip of scholarship, for modelling universal genealogical ancestry is not a large and dynamic field like cancer research. Kelleher et al.’s findings indicate that universal ancestry actually requires, say, 5,000 generations and 100,000 years ago. This is no trivial matter; it is an order-of-magnitude difference in the opposite direction of Swamidass’s claims for the timing of universal genealogical ancestry.

Swamidass cites Kelleher et al. three times in chapter 4 without any indication that it contradicts his views, and in chapter 5 the only mention is dismissive: “Other simulations in the literature are less relevant because they . . . unrealistically restrict migration to only a few kilometers” (p. 59). Swamidass never engages the paper’s three distinct simulation models, mathematic underpinnings, or major conclusions. Nor does he defend the older publications’ simpler computational method and more generous migration allowances against the substantial criticisms provided by Kelleher et al.

This is no minor slip of scholarship, for modelling universal genealogical ancestry is not a large and dynamic field like cancer research. It is a tiny, out-of-the-way niche with few publications. Swamidass cites the relevant research yet misleads his readers to believe that all of it aligns with his thesis. He even “predicts” that all future research will validate GAE, all the while knowing that the most recent and rigorous analytical study in this field contradicts his hypothesis.

I find this proposal deeply problematic, but addressing it is not my goal at this juncture. Rather, I wish to explore Swamidass’s argument for Pre-Adamites in the first place, a proposal that can point to precisely zero Scriptures for explicit affirmation. Swamidass responds to this absence with “there are no statements that preclude” Pre-Adamites, so there can be “mystery outside the Garden.”See p. 116 for the first quote; the phrase “mystery outside the Garden” is found frequently in chapters 12–18. Here we encounter another hedge, built to absorb scriptural counterarguments that Adam and Eve are indeed the progenerators of all people throughout all time (see chs. 8, 9, and 11). By separating “people” (evolved Homo sapiens) from “humans” (Adam, Eve, and their progeny) Swamidass seeks to prevent the many biblical passages that speak of Adam as the first man from refuting his GAE hypothesis: the genealogies of Genesis 5, I Chronicles 1, and Luke 3, Jesus’ statement on marriage in Matthew 19 and Mark 10, Paul’s sermon in Acts 17, and Paul’s comparisons of Adam and Christ in Romans 5 and I Corinthians 15. By limiting “humans” to Adam and Eve’s genealogical descendants, these otherwise clear passages are supposedly brought into alignment with Swamidass’s Pre-Adamite proposal.

Swamidass’ “no statements preclude” hedge only stands if there are no clear passages that connect the people created on the sixth day with Adam and Eve specifically. As it turns out, Scripture provides several unambiguous passages that establish this link, and here I briefly address three such passages:

The hedges erected to guide us into Swamidass’s thesis, whether placed around science or theology, do not stand. The Bible does in fact proclaim that Adam and Eve were the ancestors of all people throughout all time. The Church is right to maintain this view, as it is the clear teaching of Scripture and thus provides a solid foundation for sound theology.

YECs and the GAE Hypothesis

YECs affirm that all humans descend from Adam and Eve both genealogically and genetically. We believe that Adam and Eve were the only humans created at the beginning, on the sixth day of Genesis 1, and that the specific details of this creation are given in Genesis 2. YECs have a compressed timeline of Earth history that spans only several thousand years, with most of the geological record produced during three basic periods: rocks formed during creation week, rocks formed during Noah’s flood, and rocks formed after the flood.Here I use the term “period” generically, not as a formal geochronologic division such as the “Cretaceous Period.” In this context, nearly all YECs believe the fossil record of hominids belong to post-Flood sediments. It follows, then, that YECs will not place Adam and Eve in the late Neolithic (as Swamidass does) because the Neolithic itself is part of the post-flood rebuilding of humanity. It does not lie at the beginning of human history.

Paleoanthropology factors in here as well. YECs believe that at least some of the hominid species, such as Homo erectus and Neanderthals, are post-flood people groups descended from Noah’s family (and thus, from Adam and Eve). They are part and parcel of our human family, made in the image of God. Furthermore, there is growing agreement among YEC scholars that Adam and Eve were probably not Homo sapiens but instead something like Homo erectus. If true, then current genetic arguments that purport to disprove the original couple’s existence (by claiming that the Homo sapiens population was always large) make a categorical error in assigning Adam and Eve to anatomically modern forms of human. I hope this brief excursion helps readers understand why YECs will remain unpersuaded by Swamidass’s call to embrace his GAE argument, which presupposes a historical context and taxonomic position for Adam and Eve that YECs find no reason to hold.

Marcus R. Ross (PhD University of Rhode Island) is Professor of Geology and Director of the Center for Creation Studies at Liberty University. He is interested in issues surrounding the creation-evolution controversy and the intersection of geology with the biblical events of creation and the flood. He has published articles in the Journal of Creation and Answers Research Journal, among others.
All posts by Marcus Ross
View Add a Comment
Which Game? Whose Rules?The Genealogical Adam and Eve: A Rejoinder
Sapientia RSS
Newsletter Sign-up
More in Symposium See All
More in Creation Project See All