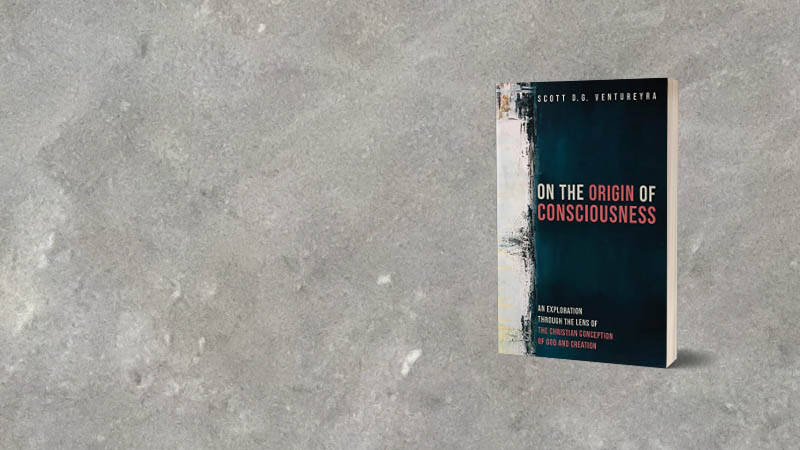 Theology and the Science of Consciousness

A Review of Scott D. G. Ventureyra, On the Origin of Consciousness

The nature and emergence of human self-consciousness is a perennial question of philosophy. It is also one of the most hotly debated questions in contemporary philosophy and science. Into this debate enters Scott Ventureyra in his book, On the Origin of Consciousness. He seeks to show how theological insights may contribute to the science of consciousness. He also argues that Christian theism combined with plausible philosophical analysis and scientific results is the best explanation of the origins of consciousness—better than a naturalistic, scientific one alone, for instance. In what follows, I will briefly describe the contents of the book and then assess whether Ventureyra is able to fulfill the goals he sets for himself. 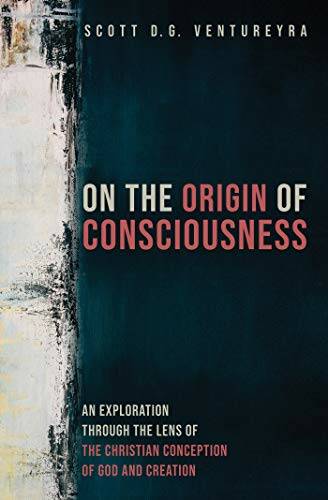 On the Origin of Consciousness consists of eight chapters. In the introduction, Ventureyra outlines the project and introduces some of the central concepts, like consciousness, intentionality and emergence. Chapter one introduces and evaluates the physicist Robert John Russell’s model of science-religion interaction, the Creative Mutual Interaction model. Ventureyra seeks to adopt this model and use it defend the possibility of bidirectional interaction between science and theology. Chapter two suggests that philosophy has a central mediating role to play in the science and theology dialogue. This is especially the case in defending critical realism as a viable methodological and epistemological stance in both theology and science. Chapter three introduces some positions in the evolution/creation debate. Ventureyra is sympathetic towards models of directed theistic evolution, where there might be some measure of God’s intervention, perhaps by injecting the information needed for biological organisms to emerge.

The core of Ventureyra’s book is his CENTAC (Cumulative Evolutionary Natural Theological Argument from Consciousness), which makes an appearance in chapter five. The discussion here goes through the standard version of the Kalam cosmological argument and various versions of the fine-tuning argument, all already extensively discussed in the literature. Chapter six offers brief systematic theological arguments supporting CENTAC.

The most interesting arguments of the book begin to emerge in chapter seven when Ventureyra suggests different ways in which theology might actually contribute to the study of consciousness. Here, he briefly examines three theories of consciousness centered around the notion of information. Unfortunately, many of these suggestions are more sketch-like than fully developed proposals. In my view, these should have been the main topic of the book. The final chapter of the book introduces three different Christian accounts of consciousness: J. P. Moreland’s substance dualism, Bernard Lonergan’s account as developed by Daniel Helminiak, and Philip Clayton’s emergentism. Of these three, Helminiak’s work is the least known. Ventureyra concludes that all three accounts are compatible with the kind of theological approach he develops, but he seems most sympathetic towards Moreland’s dualism.

Before I begin evaluating the book more carefully, some words about myself. I have spent a number of years of my academic career in anthropology departments around the Anglophone world. As a theologian and a philosopher, I have been in a number of interdisciplinary projects with anthropologists, evolutionary psychologists, biologists, and cognitive scientists seeking closer engagement between theological and scientific accounts of human evolution,In the introduction, two goals are set: first, assess whether theology can make a fruitful contribution to the scientific study of consciousness; second, whether Christian theism plausibly explains the origins of consciousness. the emergence of human cognition, consciousness and morality. The work is difficult and indispensable but I am deeply committed to it. So, I am supportive of the overall project of Ventureyra, namely, a mutually enriching dialogue between science and theology regarding consciousness. In the light of my own experiences, however, I am not sure whether Ventureyra takes the most fruitful approach. After making a few critical points, I’ll explain what I mean more carefully.

Let us ask whether the book achieves the goals it sets itself. In the introduction, two goals are set: first, assess whether theology can make a fruitful contribution to the scientific study of consciousness; second, whether Christian theism plausibly explains the origins of consciousness.

Regarding the first goal, Russell’s Creative Mutual Interaction model is developed and assessed at length and various approaches are canvassed (Teilhard, natural theology, theistic evolution, etc.). Nevertheless, I do not see very many concrete results here. The argument, so far as I see it, is that if a modified version of Russell’s model is accepted, it would be possible, in principle, for theology to contribute to the sciences. The discussions in chapter seven come closest towards achieving this goal, but they are more sketch-like than anything else, as I already suggested.

Regarding the second goal, I do not see much progress compared to other literature already out there. What is being suggested by Ventureyra (rather than seriously argued) is that a Christian theist account is better than a naturalist, physicalist one. This is because naturalists and physicalists have very little resources to explain the origins of life and the origins of consciousness at all. These features resist any kind of physicalist explanation, or so it is suggested. At this crucial point the argument looks rather weak. It is weak because Ventureyra basically omits dealing with the kinds of explanations of consciousness he criticizes. If one wants to suggest that theology is needed for explaining consciousness and that Christian theism is a better explanation for consciousness than naturalism, one should examine naturalistic theories very carefully. Ventureyra gives no voice to such explanations. He makes vague references to the difficulty of explaining subjective aspects of consciousness by invoking brain states, but no argument is offered. Offering an argument would be important, because there is much controversy about the nature of subjective states: do they even exist and can they be explained at all? Simply assuming that a physicalist explanation is impossible or automatically unsatisfying is not an argument.

This is extensively discussed and debated in the philosophical literature but Ventureyra does not take up the topic at all.

On “Consciousness” and “Origins”

Ventureyra’s problems in arriving at concrete proposals might be explained by the vagueness of his research questions. There are two important but vague terms in the title of the book: “consciousness” and “origins.”

In the introduction, Ventureyra says that he wants to answer the question about the “origins of consciousness.” He takes this to be a singular event in human history, where consciousness emerges the first time. However, nowhere in the book is the reader given a specific time, an approximate time, or even a general period in the history of homo sapiens, when this singular event could have taken place.There are two important but vague terms in the title of the book: “consciousness” and “origins.” Apart from a very general argument why consciousness should be likely to emerge in a theistic universe, there is very little about the proximate mechanism of consciousness. I would have expected an examination of at least some theories and models of human cognitive evolution (of which there are many). In this sense, the word “origin” might be misleading.

Another difficult concept is “consciousness.” Here I would have wanted Ventureyra to be much more precise. He includes a host of phenomena: self-understanding, intentionality, moral awareness, conscience, and volition. This variety makes his argument difficult to follow. One should not lump all these together. There is a decent argument to the conclusion that phenomenal consciousness is difficult to explain physicalistically. However, there are perfectly reasonable attempts to account for the gradual emergence of intentionality, moral awareness, and self-understanding, for instance. Such accounts are not examined in the book at all. Ventureyra could have just said that the focus of the book is on phenomenal consciousness.

Now, I will finally come back to what I consider a more fruitful approach than what is developed in the book at hand. Ventureyra’s main argument is something like this: philosophy and theology are needed, because science cannot explain consciousness. Scientific explanations are physicalist and reductive, but they do not work, so help should be sought elsewhere. This is exactly the kind of top-down argument that I have found quite useless in practice. Biologists and neuroscientists care little about fine-tuning or cosmology, because it has nothing to do with what they do. Rather than arguing against naturalism and for Christian theism first, one should start from the other end, take a bottom-up approach. This would consist of engaging in a practical dialogue with actual theories and models of consciousness and human evolution. Here, one should seek to show what theology might actually contribute to these models, what kinds of conceptual resources it might have to help with actual issues in these fields. Rather than a metaphysical argument for Christian theism, the theologian should offer concrete insights into anthropological, psychological or neuroscientific research. This approach is difficult and requires that theologians step down from the abstract level of worldviews and delve deep into the nitty-gritty details of the various sciences.

Ventureyra offers some interesting proposals for building such a bottom-up approach; the reflections on Teilhard and the central role of information are promising. However, their proposals constitute only a first step (as Ventureyra himself acknowledges) in making theology relevant for the study of consciousness. Ventureyra should be commended for taking up such a difficult and multi-faceted topic. I hope that, despite the shortcomings of the book, the book will inspire further research in the area.

Aku Visala (PhD University of Helsinki) is Academy Research Fellow, Faculty of Theology at the University of Helsinki. He is a philosopher of religion whose work is located at the intersection of philosophy, theology, and the cognitive sciences. He has held postdoctoral positions at the universities of Oxford, Princeton, and Notre Dame.
All posts by Aku Visala
View Add a Comment
Let Scripture Speak ClearlyAn Invitation to Reclaim Mystery and Pursue Unity
Sapientia RSS
Newsletter Sign-up
More in Book Review See All
More in Creation Project See All