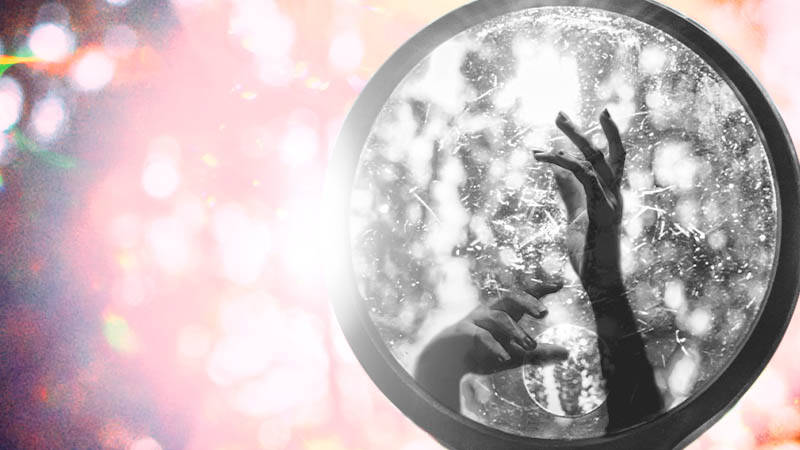 Chalcedonian Christology and the
Partitive Impulse

The two-nature doctrine of Chalcedonian Christology has often been joined to a “partitive” impulse in biblical exegesis according to which distinct aspects of Jesus’ incarnate ministry are categorized either as manifestations of his deity (e.g., miracles), or manifestations of his humanity (e.g., suffering and dying).I am adopting this terminology from John Behr, The Nicene Faith: The Formation of Christian Theology, vol. 2 (Crestwood, NY: St. Vladimir’s Press, 2004), 476. Ian McFarland wishes to resist this partitive tendency while preserving the conciliar Christology to which it has typically been wedded.

Although the sorting of Christological predicates has appeared for many to be a necessary proof and natural expression of dyophysitism, McFarland insists to the contrary that a distinction between persons and natures such as conciliar Christology establishes should lead us to identify Jesus as the second Person of the Trinity while simultaneously recognizing that what we perceive in Jesus is “exclusively created.” In short, we ought to affirm the deity and humanity of Christ, but we should reject the problematic notion “that Jesus’ life may be divided up between divine and human parts.” McFarland’s repudiation of the partitive impulse represents a significant adjustment to the way in which the Chalcedonian tradition has typically been received and understood. His project is revisionist in this sense, but the theological course-correction he envisions is ultimately an attempt to affirm the fundamental logic of conciliar Christology with greater consistency.

I have no significant objection to McFarland’s succinct characterization of conciliar Christology. He rightly emphasizes how the distinction between persons and natures provided the necessary conceptual vocabulary with which to uphold a single subject Christology (i.e., Christ simply is the eternal Logos) while simultaneously leaving space for an affirmation of the full integrity of Christ’s divine and human natures.For a helpful overview of the tension between these principles leading up to the council of Chalcedon, see Frances M. Young and Andrew Teal, From Nicaea to Chalcedon: A Guide to the Literature and Its Background (Grand Rapids, MI: Baker Academic, 2010). Without a conceptual distinction between persons and natures, these complementary affirmations are forced to compete within a zero-sum game that produces problematic outcomes on either side (e.g., Apollinarianism on the one extreme, and Nestorianism on the other). By distinguishing between “who-ness” and “what-ness,” conciliar Christology allows for a straightforward identification of Jesus Christ with the second person of the Trinity without thereby undermining the integrity of Jesus’ humanity. Christians can likewise confess the genuine humanity of Christ without thereby implying the existence of a second acting subject alongside the incarnate Logos. This distinction is indeed critical, not least because the logic of salvation depends upon both of these affirmations which it allows to coexist.What does the distinction between persons and natures mean for the so-called partitive impulse? A Jesus not identifiable with God could not “properly be proclaimed as Savior, since only God can save.” Christologies that abridge the humanity of Jesus likewise imperil the doctrine of salvation, since, as Gregory Nazianzus famously insists, “that which [Christ] has not assumed he has not healed.”Gregory Nazianzus, “To Cledonius the Priest Against Apollinarius,” in NPNF II.7, 440. McFarland is to be commended for encapsulating the structure and logic of conciliar Christology with such economy and lucidity.

What does the distinction between persons and natures mean for the so-called partitive impulse? Proponents of a divine Christology have often assumed that in order to vindicate two-nature doctrine, we must identify phenomenological manifestations of both natures among Christ’s incarnate activities and experiences.See, for example, Gregory Nazianzus, On God and Christ, Popular Patristics Series (Crestwood, NY: St. Vladimir’s Seminary Press, 2002), 86–88. McFarland rejects this hermeneutical approach as mistaken and unnecessary. So long as we distinguish between persons and natures, it is perfectly consistent to affirm that Jesus is God while simultaneously conceding that what we “see” of Jesus is always and exclusively a phenomenological manifestation of his humanity. Chalcedon stipulates that Christ’s two natures are united without either nature undergoing essential alteration. Since the divine essence is incorporeal by nature, it follows from this that it is not the sort of thing one could ever claim to “see.” We observe in Jesus an acting subject who is divine, but what we perceive of this divine subject is “nothing other” than the “created substance” which he has assumed.

Despite these points of genuine appreciation, I also have significant hesitations about McFarland’s central claim that “when we perceive Jesus of Nazareth, we perceive nothing other than created substance, and thus nothing that is divine.” Much depends here upon what McFarland precisely means. There is a trivial sense in which this statement is most certainly true. As John of Damascus asserts, God is “simple, uncompounded, incorporeal, invisible, impalpable, uncircumscribed, unlimited, incomprehensible, uncontained” and “unfathomable,” so clearly, we do not see the divine nature in Jesus in any literal sense.John of Damascus, “Exact Exposition of the Orthodox Faith” in Writings, translated by Frederic H. Chase, The Fathers of the Church, vol. 37 (Washington DC: The Catholic University of America Press, 1958), 127. This qualification is true and necessary, but it seems like a red herring. Who within the Chalcedonian tradition has ever claimed to see God in Christ according to this crass sense? Christoph Markschies and others have recently called attention to neglected traditions of thought within Christianity and Judaism which affirm a notion of divine corporeality, but such an idea would be rejected as entirely absurd among theologians embracing the sort of partitive analysis McFarland wishes to repudiate.See Christoph Markschies, God’s Body: Jewish, Christian, and Pagan Images of God, translated by Alexander Johannes Edmonds (Waco, TX: Baylor University Press, 2019). If this is all McFarland means by his prohibition, his statement should not be controversial among those who affirm conciliar Christology, but it is not clear why such a claim would necessarily disrupt the more nuanced sort of partitive analysis one encounters among the vast majority of dyophysite theologians who plainly deny divine corporeality.

Another possible sense of the statement would be to affirm that we do not encounter any manifestations of “naked deity” in Christ, only manifestations of deity which confront us in and through the incarnate flesh of Jesus. In other words, none of the divine predicates which are expressed or implied by the life of Jesus find concrete manifestation apart from the humanity which the Logos has assumed.The real question, it seems to me, is whether the life of Christ as we encounter it within the event horizon of finite history includes features which suggest the enactment of divine predicates. Here again I happily concur, but I am not aware of many thinkers within the Chalcedonian tradition who would object. McFarland seems to be after a more stringent prohibition of partitive analysis—one which insists we encounter in Christ no phenomenological manifestation of deity whatsoever.

The real question, it seems to me, is whether the life of Christ as we encounter it within the event horizon of finite history includes features which suggest the enactment of divine predicates. Does Christ perform operations which show he is not simply empowered by God (as a human prophet might be), but that he is God? Irenaeus, Athanasius, and Cyril of Alexandria speak for a prominent strand of the catholic tradition when they insist, for example, that Christ’s ability to impart incorruptible life remains unintelligible so long as we fail to acknowledge his natural deity. One who shares in incorruptibility by participation (as opposed to by nature) is unable to impart incorruptibility to others. Notice here that the claim is not simply that Jesus is the eternal Logos with respect to his “who-ness,” although certainly this judgment is readily affirmed. The argument depends upon an assumption that we encounter an operation in Christ (i.e., the giving of incorruptible life) that is the actualization of a divine predicate (i.e., immortality/incorruptibility), and that the actualization of this divine predicate establishes that Christ is “divine” not by grace, but by nature. It is true that the communication of incorruptible life is mediated according to Irenaeus et al through the deified flesh of Jesus (i.e., not an operation of “naked deity”), but the crucial point is that Christ’s capacity to act in this manner depends entirely upon his deity. If this line of argumentation is correct, it seems like an overstatement to say that we perceive “nothing that is divine” in Jesus.For more on this line of argumentation, see Norman Russell, The Doctrine of Deification in the Greek Patristic Tradition, Oxford Early Christian Studies (Oxford: Oxford University Press, 2004), 105–09; 164–205. To be sure, the impartation of incorruptible life does not count as “seeing” divinity in the crass sense previously mentioned, but it does appear to be a genuine manifestation of deity within the event horizon of finitude. It is a phenomenon in history for which we cannot account so long as we appeal only to the fact that Jesus is a human being, even a human being who is perhaps empowered in some special way by the Holy Spirit.

McFarland contends that the basic structure of conciliar Christology does not require us to engage in the sort of partitive analysis advanced by Irenaeus, Athanasius, and Cyril. From the perspective of Christological semantics, this is quite true. It is logically consistent to affirm Christ as a divine person while simultaneously insisting we only perceive phenomenological manifestations of the humanity which he assumes. The more pertinent question from my vantage point is whether such a view inadvertently undermines the exegetical basis for two-nature Christology in the first place. In short, what reason does the church have to confess Christ as a divine Person if His deity remains phenomenologically unexpressed within his incarnate ministry and is thus opaque to our field of vision? I can imagine various ways in which McFarland could respond to this question, but I would be interested to see what he thinks it might look like to defend conciliar Christology exegetically under the restrictive conditions his proposal articulates.

My provisional verdict on the basis of these various considerations is to affirm many of the reasons that lead McFarland to resist excesses in partitive Christological analysis, but to worry that his repudiation of the partitive impulse goes too far. There is more than one qualified sense in which I could affirm his somewhat daring claim that we perceive in Christ “nothing other than created substance,” but I am concerned an unqualified version of this statement can easily give the wrong impression. These hesitations rise to the level of a more serious disagreement if McFarland means to insist that we encounter in Christ no phenomenological manifestation of divine predicates whatsoever, only the human predicates of a divine acting subject. This stronger version of his claim I am inclined to view as mistaken—an unnecessary overcorrection to legitimate problems within the Chalcedonian tradition he rightly wishes to counteract. Although I sympathize with McFarland’s appeal to Luther’s insistence that theologians should “disregard absolutely everything except the humanity of Christ” (WA Br. 1:226), we would do well to recall at the same time Luther’s complementary assertion that the human flesh of Christ is “God’s flesh . . . It is in God and God is in it. Therefore it lives and gives life to all who eat it, both to their bodies and to their souls” (LW 37, 125).

David J. Luy (PhD Marquette University) is Associate Professor and Department Chair of Biblical and Systematic Theology at Trinity Evangelical Divinity School. He is the author of Dominus Mortis: Martin Luther on the Incorruptibility of God in Christ (Fortress, 2014). He is currently writing a book on the fate of Christocentricism in modern theology.
All posts by David J. Luy
View Add a Comment
Perceiving the Word Made FleshThe Logic of Chalcedon and the Burning Bush
Sapientia RSS
Newsletter Sign-up
More in Theological Loci See All