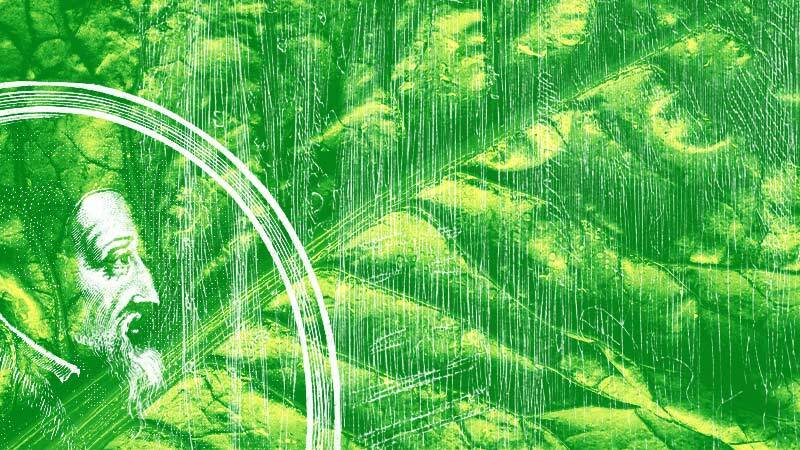 In Chapter Seven on “Natural Selection and Divine Providence,” van den Brink faces head-on the challenge that Darwinian evolution poses for a Reformed account of providence. For the sake of the argument, he accepts the neo-Darwinian synthesis of natural selection and genetic mutation. Focusing on the alleged randomness of the latter, he explores its compatibility with notions of divine guidance. This is a particularly acute problem for the Reformed tradition with its historical stress on divine direction of the created order.

Calvin famously insisted upon a ‘meticulous’ account of providence in which God wills and orders to God’s purposes everything that happens. To place a single event beyond this divine superintendence would be to compromise the sovereignty of God and to put the whole world at risk. If this account of providence was not an innovation of Reformed theology, its foregrounding can certainly be considered one of its distinctive marks.

Van den Brink’s discussion explores some of the late-nineteenth century debates, noting Hodge’s conviction (followed by Kuyper) that Darwinism amounts to “practical atheism.” Although he believed that it was compatible with the idea of God as creator, Hodge could not contemplate Darwinism being held in tandem with belief in a provident God who rules over nature and history. (From the other side, scientific critics of religion from Huxley to Dawkins have insisted upon the same incompatibility.) Others such as Asa Gray disagreed with Hodge, claiming that an evolving world according to Darwinian principles could just as well be the means by which God’s providential rule is exercised. While noting these historical precedents, van den Brink examines contemporary explorations of the problems in biological science, philosophy of religion, and theology. In a dense and carefully reasoned chapter, he argues against Hodge and Kuyper in favour of the consistency of Darwinian evolution and providentialism. I can detect several key argumentative moves which I paraphrase below. What is striking is that these outline different options, not all of which can be easily combined.

The presuppositions governing the general approach adopted in Chapter Seven seem correct to me. It is a mistake to resist Darwinian evolution in the name of theology. As van den Brink shows, many Reformed theologians were soon able to accommodate Darwinian science after 1859. Their claim was that an evolving cosmos was part of the divine design, its fruitfulness and direction being largely consistent with Scriptural assumptions. If the history of salvation had a narrative with unexpected twists and turns, then why not nature too? Attempts to resist Darwinian science, whether by creationists or ID theorists, have readily been refuted by a scientific consensus. To demand such a commitment from Christian believers is neither intellectually nor pastorally constructive.

Yet, by the close of this chapter, several questions surround van den Brink’s own position as a Reformed theologian. The first concerns determinism: Does he wish to uphold theological determinism and natural determinism or to reject either or both? There are different options here. One might maintain natural indeterminacy insofar as events, perhaps at the quantum level, would be judged to lack sufficient (i.e., fully deterministic) scientific causal explanation. This would offer the theologian two options. Going down one route, as in (5) above, one could hypothesize that God intervenes imperceptibly in the causal process to bring about particular effects (e.g., genetic mutations) without this requiring any modification of the scientific description of these events. Alternatively, one might simply accept natural indeterminacy at the level of secondary causality, while holding that every event is determined by the primal and eternal will of God.I am inclined to agree with him here, though both of us are likely to face some flak from our Reformed colleagues. This commitment to full theological determinism was strikingly defended by Schleiermacher, a Reformed theologian who is not discussed here, though his work seems compatible with an appeal to double agency as in (4) above. In another scenario, one could combine natural and theological determinism. Provided that the primal will of God guarantees the ordering of each event towards a definitive end, it may not matter much from a theological perspective whether we side with scientific determinism.

Related to this issue is the question of how we view God’s involvement in the evolutionary process. I confess to having struggled with this in my own writing. One can use immanent metaphors with Aubrey Moore to speak of divine engagement and accompanying of natural changes but what exactly does God do here? If we speak of creation as “front loaded” with evolving possibilities, some of the problems disappear, particularly the need to introduce God to perform occasional tweaks in the evolutionary trajectory. What in Paley is assigned to particular providence can now safely migrate to general providence. For the most part, that seems the wiser strategy to me. Despite their conceptual haziness, the alternatives risk a slippery slope to a “God of the gaps” or speculative proposals about the quantum world. But is the divine role then reduced to that of a spectator? The Reformed fear of deism will soon rear its head here. So what does God actually do within the evolutionary process? Is there some account of divine accompanying or concurring that can be offered which will tread the line between deists on the one side and neo-Paleyans on the other?

This takes me to a final question about where in the midst of this discussion van den Brink’s own theological sympathies lie. Somewhat tentatively, in his closing remarks to the chapter, he suggests that Reformed theologians may need to undertake some difficult re-thinking. Rather than conceiving of God as “controlling every single detail of natural history, God may make use of probabilistic processes . . . such as random mutations, to achieve his ends” (p. 227). I am inclined to agree with him here, though both of us are likely to face some flak from our Reformed colleagues, not to mention Thomists, who fear an inevitable slide into process abridgements of divine power. The question then becomes how divine sovereignty is to be recast following an eschewal of meticulous control. As a fellow traveler, I would welcome his further comments on this.

David Fergusson (DPhil University of Oxford) has been Professor of Divinity at the University of Edinburgh since 2000. Formerly, he held the Chair of Systematic Theology in Aberdeen. He has recently published The Providence of God: A Polyphonic Approach (Cambridge University Press, 2018) and is the co-editor of a three-volume History of Scottish Theology (Oxford University Press, 2019).
All posts by David Fergusson   |   follow on
View Add a Comment
Telling a Different Story?
Van den Brink's Account of Human OriginsMorality, the Cognitive Science of Religion,
and Revelation
Sapientia RSS
Newsletter Sign-up
More in Symposium See All
More in Creation Project See All