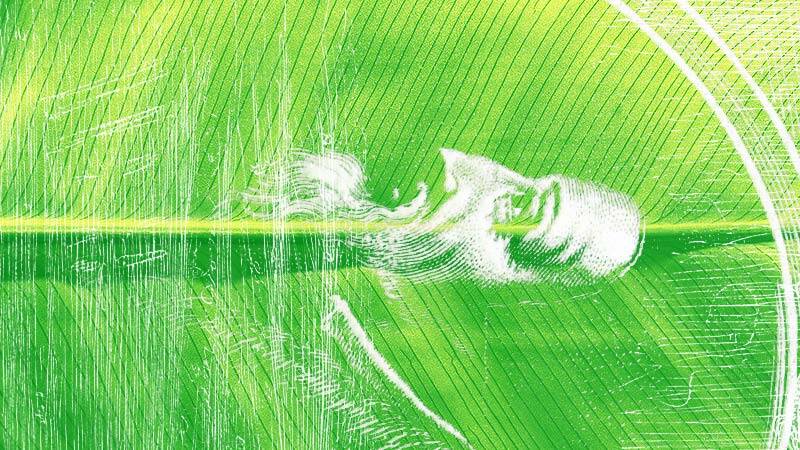 Evolutionary Evil and the Project of Theodicy

In Reformed Theology and Evolutionary Theology, Gijsbert van den Brink provides readers with an insightful tour of the most important theological implications and controversies related to evolutionary theory while also providing the first book length treatment of these issues from a distinctively Reformed perspective since the nineteenth century.

In the first three chapters of the book, van den Brink lays out the framework within which he explores these implications and controversies. In Chapters One and Two he explains his conception of a Reformed theological stance, and of the theory of evolution. And in Chapter Three he argues for a particular approach to navigating the claims of Scripture with what might sometimes appear to be conflicting claims that emerge from the sciences.

In Chapter Four, Van Den Brink turns to the question of how the “history of evolutionary evil can be reconciled with the life-giving goodness and love of the God Christians have preeminently come to know through Jesus Christ.” Over the last twenty years or so there has been a significant quantity of new work on this question published by philosophers and theologians, and most of the chapter is devoted to giving the reader a clear and thoughtful summary and critique of much of that work. The chapter concludes with van den Brink’s own distinctively Reformed response to the question.

Which Process? Whose Problem?

Second, it is important for those who “address the problem of evolutionary evil” to clarify just what “problem” they are aiming to solve. Here I mean not, as above, by identifying the target phenomenon to be explained, but rather by identifying what sort of problem these phenomena present. Failing to provide this clarity sometimes leads those who discuss the topic to talk past one another, as often happens when philosophers and theologians comment on each other’s work in this space. While any generalization will fail to do justice to the differences in the work that philosophers and theologians undertake when it comes to addressing the reality of evil, the two disciplines are often engaging different sorts of problems. Philosophers addressing the problem of evil are typically addressing an epistemological problem: how can belief in God be rationally maintained in the face of what looks like strong evidence (i.e., evil) that no God exists? Work aimed at addressing this problem often takes the form of trying to unearth morally justifying reasons for God permitting evil, where these explanations are true, or probably true, or true for all we know.

Theologians addressing the existence of evil, on the other hand, are generally engaging a quite different task, namely, helping us to grapple with the question of how we can see, understand, and experience the lovingkindness of God in the face of lived or witnessed evil. This is an important task that not only provides us with a richer understanding of God’s activity, providence, and nature, but can further supply comfort to those victimized by evil. Philosophers sometimes wave off this task—one some regard as “merely” addressing the “pastoral” or “existential” problem of evil. However, the “pastoral” problem is as real and important as the “epistemic” problem. So, in the same way that it is important for those working in this space to articulate the target phenomenon their account aims to explain, it is equally important to explain exactly what problem is constituted by the target phenomenon.

While these three strands of response are found in the final section of the chapter, they are not presented, as I have done here, as various options that one taking a Reformed stance might adopt. But clearly one cannot consistently adopt all of these approaches since, for example, the first option presumes that we are in a good epistemic position to form judgments about goods and evils with regard to animal life and suffering (in light of, for example, the affirmations (or silence) of Scripture), whereas the third option presumes that we are in no such position. In addition, while van den Brink does invoke a number of different problems that evolution raises (death, suffering, predation, etc.) he does not clearly tie the solutions offered to the specific problems. In what remains I will offer some brief comments on these three responses.

With regard to the second response, the key move suggested here is too quick. One of the things that seems to make the problem of evolutionary evil(s) so challenging is that the standard theodicies and defenses of natural evil do not seem to work here. Take, for example, the theodicy that argues that lawful regularities in nature permit certain evils and that this is a necessary condition for some greater good. What greater good is that? Most often the greater good is the obtaining of conditions that make morally significant free will possible (e.g., to engage in intentional action it has to be the case that the world behaves reliably in response to my intentional bodily movements). But that explanation will not help explain evils that pre-date the arrival of beings with morally significant freedom. So that theodicy does not work here. The upshot is that we cannot simply assume that these natural law theodicies are going to help when it comes to evolutionary evils. Instead, one will have to trace out that case with care and in detail.

With regard to the third, skeptical theist, response, I find this response a persuasive reply to one type of problem of evolutionary evil, namely, the problem raised by the atheist mounting the evidential argument from evil. But note first that this is not a full-orbed response to the problem(s) of evolutionary evil since it fails to satisfactorily address the pastoral problem mentioned earlier. Additionally, it gives us less than what we should hope for or aspire to in the project of theodicy. It is one thing to show an interlocutor that their argument for atheism from evil is based on a faulty inference. But if one can also show that interlocutor that there are plausible theistic explanations for the existence of evil, that would be preferable. When the doctor drops the needle on the floor and tells you that there is no danger since she “does not see any germs” on the needle, it is a good first step to explain that the inference is invalid: the germs would not be visible if there; so not seeing them is not relevant evidence. That is the approach of the skeptical theist. But how much more effective it would be to hand the doctor a microscope so that she can see the microbes on the needle. That is the approach of those who work to develop robust theodicies: they want the atheist not merely to see their reasoning error, but to see that the position of the theist is at least reasonable if not outright plausible. As a result, while the skeptical theist response might be a part of an overall satisfying response to the problems of evolutionary evil, we should regard it as only a start.

Michael J. Murray (PhD University of Notre Dame) is Senior Visiting Scholar at Franklin and Marshall College, and President and CEO of the Arthur Vining Davis Foundations. He is the author or editor of multiple books, including Nature Red in Tooth and Claw: Theism and the Problem of Animal Suffering (OUP, 2008).
All posts by Michael J. Murray   |   follow on &
View Add a Comment
Evolutionary Theory and the Story of ScriptureCommon Descent, Human Dignity,
and the Image of God
Sapientia RSS
Newsletter Sign-up
More in Symposium See All
More in Creation Project See All