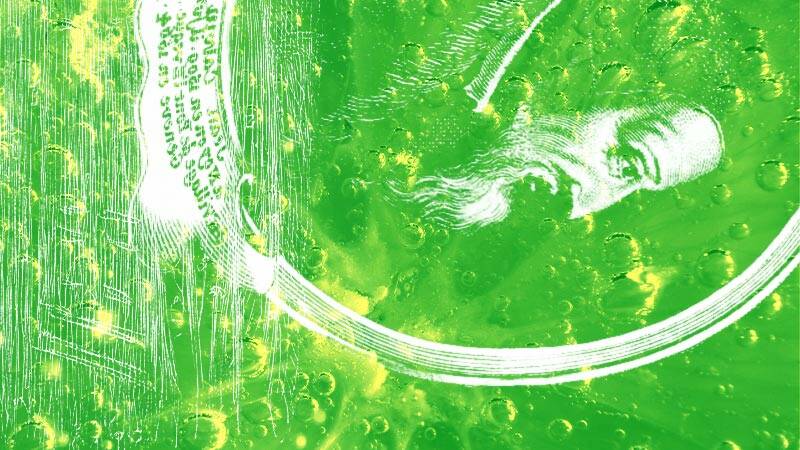 Morality, the Cognitive Science of Religion,
and Revelation

It is one thing to navigate the waters of biblical scholarship and interpretation, or to grapple with the theological implications of human evolution (for example), but when evolutionary theorists and scientists produce naturalistic explanations for why we would hold religious beliefs in the first place, the stakes seem even higher. If there are fully adequate naturalistic explanations for why humans would experience God, hold religious beliefs, and experience a robust moral sense, the doctrine of revelation may seem redundant. How can we affirm that God has deliberately revealed religious truths to humanity if there exists a scientific explanation for the evolution of those beliefs?

The Evolution of Morality

It is no secret that religion is a universal phenomenon; for those within the cognitive science of religion (CSR), the ubiquity of religious belief is tied to the normal, natural cognitive mechanisms germane to human minds. Van den Brink explains the two main approaches within CSR: religion as by-product, and religion as adaptation. Those subscribing to the by-product approach see religious beliefs in particular as by-products of belief-formation processes more broadly. It is not that specifically religious beliefs are an ‘end result,’ as it were, but that the sorts of minds humans have in turn lead us to form beliefs about God or gods, in addition to beliefs about other sorts of agents in our environment. The second approach within CSR is the adaptation model, which demonstrates ways in which religious belief and behavior could have had survival value for individuals and communities in our evolutionary history.

Regardless of the particular approach one adopts, CSR as a whole generally agrees that religious belief and behavior have an explicable, natural evolutionary history. This poses a theological challenge, because a key tenet of the Christian faith is the affirmation that God has revealed Godself to humanity: we believe in and relate to God because God has chosen to relate to us. But CSR shows that purely natural mechanisms explain religious belief; God is thus explanatorily redundant, and we are religious either because of an evolutionary accident or because being religious helped our ancestors survive. Here, van den Brink is appropriately careful to note the many scientific gaps in CSR theories: it is simply not the case that there is a single theory or set of theories that offer a conclusive explanatory story about the evolution of religious belief and behavior.Reformed theologians should not flinch in the face of naturalistic explanations for religion and morality. Nevertheless, van den Brink deems it appropriate and important (and I agree with him on this) to engage theologically with the strongest vision of CSR on offer. Can Reformed theology meet the challenge posed by the most idealized and well-researched CSR theories?

Van den Brink’s response to the question above is a resounding “yes.” Reformed theologians should not flinch in the face of naturalistic explanations for religion and morality: demonstrating that natural processes are involved in the evolution of these phenomena does not entail that only natural processes are involved. We may well be able to identify the evolutionary mechanisms by which humans have come to have religious and moral capacities, but it is entirely permissible to also attribute these natural mechanisms to divine agency. Still, van den Brink appropriately recognizes that while it is not logically impossible for divine causes to exist alongside natural causes, some might well insist that to posit an extra explanation is “epistemically inferior.” Why attribute a divine cause when a naturalistic one will suffice? In response, van den Brink argues that while such an epistemic constraint may be permissible, it is not the case one can then use evolutionary arguments as an argument for atheism—as one has already presumed atheism to begin with. Moreover, the Christian might well actually expect humans to develop religious beliefs quite naturally and intuitively, if indeed God has intended for human beings to have the capacity to exist in relationship with God. This argument may be especially strong when one takes into account the observation that our evolved cognitive capacities are usually quite reliable at providing us with accurate information about the world. If we have evolved the capacity to form beliefs that seemingly correspond to reality, then there is no special reason why one should discount the reliability of religious beliefs in particular—unless, that is, one is predisposed to dismiss the possibility of God from the outset. In this way, van den Brink argues that the Reformed commitment to the sensus divinitatis remains unthreatened.

Professor van den Brink’s clear-eyed analysis of the theological challenges posed by CSR and evolutionary psychology is commendable. In particular, his argument is as sound as it is precisely because he accepts as his subject the strongest, most robust theories that CSR has to offer. It is not a current gap in scientific knowledge on which theology should focus its attention, but on the more fundamental relationship between theological explanations and naturalistic causes. Van den Brink is completely right, in my view, to offer a Reformed perspective on evolutionary psychology that does not force one to choose between divine agency on one hand and natural processes on the other. Van den Brink offers such a perspective in a distinctively Reformed flavor, and provides a clear presentation of how Reformed Epistemology and CSR explanations might be conjoined, such that God is affirmed as revealing Godself through the natural mechanisms of the evolutionary process. Regardless of how, exactly, the human mind came to naturally and intuitively form religious beliefs and operate with a moral sense, Reformed Christians can plausibly affirm the primary causal role of divine agency below, within, and beyond those processes.

I do not so much have a specific critique of Professor van den Brink’s approach to evolutionary psychology, as a plea for a slight reframing of the conversation. Van den Brink offers a robust presentation of Reformed Epistemology in this chapter, and if one is persuaded by the RE project more broadly, its application here will be unproblematic. Those who are not persuaded by RE may well take issue with the argument of this chapter, but that is due to no fault of the author.For those in science and theology, the compatibilist option must surely seem preferable: scientific research can be wholeheartedly embraced, and theological affirmations of divine revelation can still be affirmed. Indeed, debates about the relative merits of RE have been well-rehearsed, and I will not repeat them here. I would only suggest that the compatibilist approach may be more complex or difficult than the rather tidy presentation found in much of the literature, present chapter included.

It is true that it is immensely appealing to affirm divine agency as operative as primary cause in any and all evolutionary processes. For those in science and theology, the compatibilist option must surely seem preferable: scientific research can be wholeheartedly embraced, and theological affirmations of divine revelation can still be affirmed. But are things really that simple, or is the compatibilist approach a bit too “neat,” too easy? After all, such an approach will be subject to all the usual questions and critiques about divine agency more broadly: How, exactly, does God affect evolutionary processes in such a way that God’s intended result is achieved? Is such influence interventionist in nature, and if so, does this not suggest a problematic relationship between God and nature? Perhaps more importantly, does Professor van den Brink’s approach truly recognize the epistemological challenge posed by CSR research? One vital part of his argument here is that cognitive science and evolutionary psychology are, at worst, neutral on the question of whether religious beliefs correspond to the existence of God. At best, these sciences may actually point to God, because our cognitive faculties’ truth-tracking features give us reason to think that religious beliefs too may correspond to a divine reality. However, this supposed neutrality may sidestep the full force of naturalistic explanations, suggesting that both scientistic and religious interpretations of the research must be taken as a matter of faith, or at least as an inescapable metaphysical presupposition that inevitably colors (if not outright determines) how one handles the scientific research itself. But it is at least possible that CSR research is not as neutral as we like to think. Cognitive science has demonstrated that a myriad of cognitive biases are continually operative in our decision making, perceptions, and evaluation of our environments. Our minds are not as rational as we like to think, and we are not always reliable narrators of own reasoning processes. At the very least, insights from cognitive science and evolutionary psychology should give us pause before we seek to develop defenses of our own rationality.

I will close with a “softer” question about ethos and orientation in the science & theology dialogue. Is it at least possible that in seeking to build defensive walls around our traditional theological commitments, we lose an opportunity to discover new points of contact that in turn lead to constructive new theological possibilities? If we really do believe that God has created an intelligible world, and that there is something of the divine nature that is revealed in the world around us, then surely a posture of openness and creative engagement with the sciences is acceptable and even desirable. This is not to say that Professor van den Brink’s approach to CSR is misguided in any way; indeed, it seems likely that he would agree that creative engagement and dialogue with the sciences are core to his project. I would simply suggest that insofar as we adopt a defensive posture toward the sciences with the goal of defending doctrines from challenges that might undermine their credibility, we lose out on fruitful new possibilities. Subtle changes of posture and orientation, indeed, can make all the difference.

Sarah Lane Ritchie (PhD University of Edinburgh) is Lecturer in Theology & Science at the University of Edinburgh. Her research has focused on issues surrounding the human mind, neuroscience and cognitive science, theistic naturalism, divine agency, and belief formation. She is the author of Divine Action and the Human Mind (CUP, 2019).
All posts by Sarah Lane Ritchie   |   follow on
View Add a Comment
Darwin and Divine ProvidencePerceiving the Word Made Flesh
Sapientia RSS
Newsletter Sign-up
More in Symposium See All
More in Creation Project See All