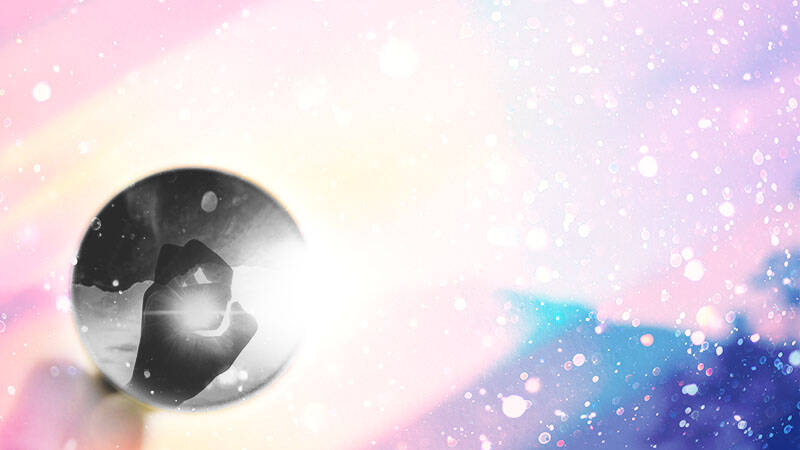 The strengths of Dr. McFarland’s Christological proposal lie in (a) its epistemological draw, and (b) its deep roots in Chalcedonian reasoning. Indeed, the force of McFarland’s epistemic claims emerge from an elegant reading of the Chalcedonian heritage and its implications. Yet, I wonder if, in McFarland’s zeal to center the human nature of Christ, he muffles the significance that should be accorded Christ’s divine nature.

McFarland provides the theological constructs necessary to sustain Martin Luther’s bold claim that “whoever wishes to deliberate or speculate soundly about God should disregard absolutely everything except the humanity of Christ” (WA Br. 1:226, emphasis added). The humanity of Christ serves, therefore, not simply to reveal the Savior’s identification with those he intends to redeem, but the realization of the fundamental ground for right and proper perception of God.

The verbal form of perception—‘perceive’—is significant for McFarland’s argument because of the natural disconnect between our human faculties and the imperceptibility of God. That is to say, a creaturely medium cannot perceive God’s invisible divine nature. Thus, in the incarnation we do not perceive the divine nature due to its very nature, on the one hand, and, on the other hand, due to human nature’s powers of perception being limited to phenomena. But the grace of the incarnation is that we are able to perceive the Son of God through his created flesh. Like Luther, McFarland’s theological epistemology is firmly tethered to the humanity of Christ. Lurking behind such a compelling proposal is not a modern materialist presupposition. Rather, McFarland is seeking a purer Chalcedonianism—a Chalcedonianism “without reserve.” McFarland contends his reading is drawing out the implications of what was outlined at the fifth-century council and, at least, strongly suggested in the following centuries.

That suggestion includes the very helpful distinction between the Who (hypostasis or person) and What (phusis or nature) of the incarnate Son of God. In McFarland’s terms, we encounter the Who of the divine Son of God in the incarnation, but, because of the invisibility of the Son’s divine nature, the only What we encounter is Jesus Christ’s human nature. To put it more simply, in the course of knowledgeIf perception is limited to creaturely modes, then the exclusive perceptibility of Christ’s human nature follows that limitation. the human What leads to the divine Who. While this way of putting it carries forward the neo-Chalcedonian accent on the united person of the Son of God, in more ways than one it leaves the divine What as apparently immaterial.

This leads to my concern over the status of the divine nature in McFarland’s Christology. For all its epistemological attractiveness given our creaturely limitations, Jesus Christ’s human nature as the sole portal of perception puts into question the range of what is known—or what is perceived—by faith. If perception is limited to creaturely modes, then the exclusive perceptibility of Christ’s human nature follows that limitation. But it seems to me that, as one of the central mysteries of the Christian Faith, the hypostatic union elicits faith that perceives beyond what can be known through mere human perception. Indeed, the greatness of the divine nature condescending in the union draws forth that faith. One of the important, but oft neglected, theologians of the sixth century was the monk Leonitius of Byzantium, who wrote helpfully and unreservedly of the incomprehensible nature of this union:

There is something incommunicable in the union, which lies at the heart of the greatness of the divine nature, since otherwise there would be no condescension of divine love for man, but the joining of the highest being with what is lowly would simply be natural. And who is so imperceptive of the divine majesty, or so unaware of human lowliness, as to think that these things, by a natural attraction for each other, admit of a mutual sharing and union when in their reality they are unmixed? (Epilyeis 8; PG 86:1940A).

To further make this point regarding what is perceived by faith, I need to go deeper into some neo-Chalcedonian theological reasoning. Despite McFarland’s stated indebtedness to neo-Chalcedonianism for his proposal, I think his perspective is challenged by the ongoing emphases of the neo-Chalcedonain era with regard to the two natures in the one Word.

By the time of the Third Council of Constantinople in 680–81, the trajectory of neo-Chalcedonian discourse was reaching maturity. Like the Council of Nicaea in 325, where the meaning of key words and phrases was only clarified and held in consensus in subsequent decades, Chalcedon of 451 was gradually understood through certain lenses and theological authorities in subsequent centuries. This trajectory does not break from the fundamentals of Chalcedon. What is largely left behind is the understanding of a simple parallelism between Christ’s two natures, especially as articulated in Leo’s ‘tome’; what is given prominence, however, is the Council’s stress on “one and the same Son” and the repetition of ‘same’ (ton auton).

The language of the Third Council of Constantinople consciously retrieves language from Chalcedon, saying that Christ is “consubstantial with the Father as regards his divinity, and the same consubstantial with us regards his humanity.” Yet it also insists on presenting a narrative of the Son’s two births by which we understand his coming as one hypostasis to us: “begotten before the ages from the Father as regards his divinity, and in the last days the same for us and for our salvation from the Holy Spirit and the Virgin Mary.” This creedal language presents concisely what was expounded upon with richer nuance in the writings of Maximus the Confessor, who died just under twenty years before the convening of this Council.

In ‘Difficulty 5’ (from his Ambigua), Maximus speaks of the “new thing” and “new mystery” in the incarnation:

For Christ is not some intermediate being, affirmed by the negation of the extremities. For there is a ‘certain new’ thing, characteristic of the new mystery, the logos of which is the ineffable mode of the coming together. For who knows how God assumes flesh and yet remains God, how, remaining true God, he is true man, showing himself truly both in his natural existence, and each through the other, and yet changing neither? Faith alone can grasp these things, honouring in silence the Word, to whose nature no logos from the realm of being corresponds (PG 91:1056D–1057A).

There is great mystery, according to Maximus, in how the Word effects union with flesh and still preserves the divine and human natures. Corresponding to these two natures are two wills. On the one hand, God the Word became flesh. On the other hand, the enfleshed Word did not cease to be God. There is unity in the hypostasis of the Word. Every act of Jesus Christ is an act of the one Word. There are not two agencies working together in him. There is one eternal agency of the Word. Nonetheless, the Word acts according to both natures, each possessing the property of will. Maximus has much more to say about these wills and the role they ultimately play in our salvation. For the purposes of this response, I want to highlight the neo-Chalcedonian emphasis on the united Son whose enfleshment still presents the ‘challenge’ of knowing the What of the divine. So far as I read the Third Council of Constantinople and Maximus, this knowing is not restricted to perceiving the What of the humanity of the Word or the Who of the Word. Rather, a more ‘complex’ mystery is offered in the incarnation where the incarnate Word is to be perceived in both natures—“faith alone can grasp these things”—insofar as faith is the “conviction of things not seen” (Heb 11:1).

To know the incarnate Christ by faith is to know the mystery of his two births, one in eternity and one in time. The birth in time, through which the Word assumed flesh, was local and particular to Mary’s womb. The divine Son truly was in her Jewish womb and was raised in her and Joseph’s Galilean home. McFarland is right to have us closely attend to this divine Son who took on flesh in all its particularity. But do these particular human circumstances circumscribe the Son?

We must consider Mary was indeed the God bearer—theotokos. The subject of the second birth points to the first where the Son is eternally begotten of the Father. Thus, though enfleshed in space and time, the Word is still one who, through his eternal ‘begotten-ness,’ shares a divine nature with the Father. This nature is mysteriously united with Christ’s human nature in the one hypostasis. Nonetheless, being divine, and thus bearing the characteristics or idiomatum of divine nature, there is an ‘extra’ to the Word. What is this ‘extra?’

It might be expected that here I’d quote John Calvin. While Calvin taught the substance of the ‘extra,’ the doctrine did not first flow form his pen. David Willis’s 1966 study, Calvin’s Catholic Theology: The Function of the So-Called Extra Calvinisticum in Calvin’s Theology, helpfully demonstrated its origins in the broad catholic stream of theology. Willis wrote it might be better called the “extra Catholicum” or “extra Patristicum” (p. 60). Given his looming authority throughout neo-Chalcedonianism, perhaps it would be best to quote Cyril of Alexandria on the ‘extra.’ In 430, Cyril wrote his famous anathemas against Nestorius that are so important for the shape of Christology that follows. In his letter before the anathemas he writes this:

When seen as a babe and wrapped in swaddling clothes, even when still in the bosom of the Virgin who bore him, he [the only-begotten Word of God] filled all creation as God, and was enthroned with him who begot him. For the divine cannot be numbered or measured and does not admit of circumscription. So confessing the Word [to be] hypostatically united, we worship one Son and Lord Jesus Christ, neither putting apart and dividing man and God, as joined with each other by a union of dignity and authority – for this would be an empty phrase and no more – nor speaking of the Word of God separately as Christ, and then separately of him who was of a woman as another Christ, but knowing only one Christ, the Word of God the Father with his own flesh (“The Third Letter to Nestorius”; Epistola XVII; PG 77:109-112; emphasis added).

McFarland’s theses have much to commend them, and in The Word Made Flesh he argues for them with careful exegesis of Scripture and a constructive reading the neo-Chalcedonian tradition. The result is giving the human nature of Christ its due. Given my concerns over the limits put on the category of perception that seemingly cardon off the divine nature from fruitful engagement, I’d be curious to know how he understands the role of faith and mystery in engaging the divine nature of Christ. Along these same lines, in light of the incarnation, is it appropriate to explore the dynamics of a nature that, at least according to Cyril, “does not admit of circumscription?” What is lost when our theology balks at this consideration?

D. Blair Smith (PhD Durham University) is Associate Professor of Systematic Theology at Reformed Theological Seminary in Charlotte, NC. His dissertation is titled “The Fatherhood of God in Fourth-Century Pro-Nicene Trinitarian Theology.” He is currently working on two books on the Trinity.
All posts by D. Blair Smith   |   follow on
View Add a Comment
Perception, Incarnation, and the Flesh of ChristPerceiving the Word Made Flesh: A Rejoinder
Sapientia RSS
Newsletter Sign-up
More in Theological Loci See All