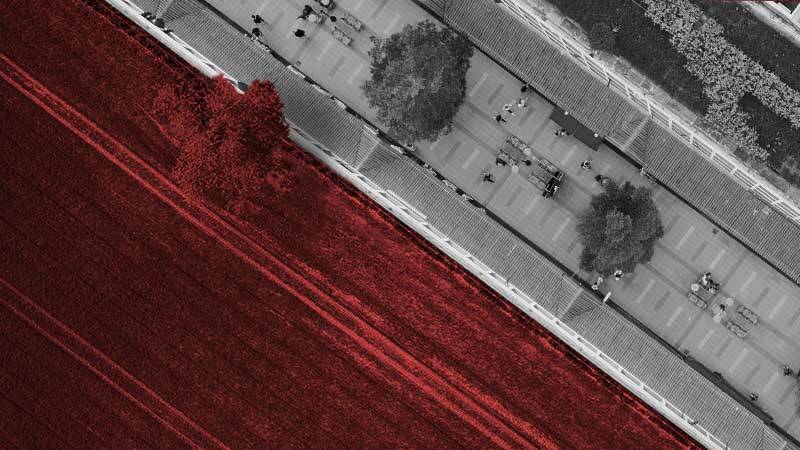 On a Saturday evening at the end of July, I found myself preaching at a congregation so rural that Google Maps couldn’t tell me how to get there. This small white-framed church was part of a tri-point parish. They were currently without a pastor and were at the mercy of other pastors nearby to fill in week after week, hence worship on a Saturday night. 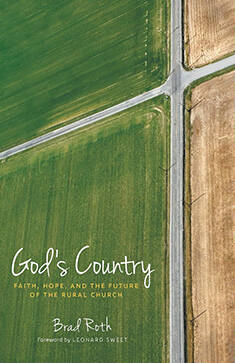 It all came flooding back to me on this sweltering Saturday evening typical of late July. Before the service started, I noticed a picture hanging in the church narthex. Upon closer inspection it was actually a collection of eighteen pictures: portrait photos of every pastor who had ever served this congregation, beginning with its first pastor in 1884.

Under each portrait was the name of the pastor and the years of his service. The shortest recorded pastorate was a span of three years. The longest was twenty-nine. Regardless, the math is simple: eighteen pastors over 136 years puts the average pastorate at seven and a half years. This reminded me of Brad Roth’s suggestion about ‘abiding’ from his book God’s Country. “Perhaps a rule of thumb for abiding should be seven years, a lovely, biblical number” (p. 66).

I cannot stress strongly enough how much I agree with each of those points. Abiding is difficult. There’s always a fancier church with a larger budget and “better opportunities” somewhere else. To abide is to eschew those opportunities for self in order to love and serve others.

The topic of abiding is near to my heart because I still bear the fresh wounds of having left. After seven years and two months in my small dual-point parish, I took a call to serve a much larger and not-quite-as-rural congregation. Making that announcement—twice! I might add, on account of my parish’s dual-point nature—was the most difficult announcement I’ve ever made in my life.

I was following the call of Jesus, but I felt like Judas.

The best way to answer these questions is to evaluate the concept of “abiding” as a spectrum. Located in the middle of the spectrum is the value “abiding.” Located on either side of this value are two theological errors that I will label as “using” and “usurping.”

Abiding is valuable not as an end unto itself but because it reflects the love of Jesus Christ. As preachers, teachers, and proclaimers of Jesus Christ, our job is to deliver Christ to the people and the people to Christ. It’s one thing to tell your parishioners that Jesus thinks each one of them is worth dying for, but the words ring hollow when the pastor preaching these words can’t be bothered to sacrifice anything of himself to serve, love, and abide with the people to whom he preaches and is called.

Roth rightly distinguishes between ‘abiding’ and ‘staying’ when he says, “To abide is not just to stay put, but to become incarnate in a place” (p. 66). Trust me, church members intuitively know when the pastor is “staying” or “abiding.” When a pastor treats a rural congregation as a stepping stone to a larger parish he’s guilty of ‘staying,’ not ‘abiding.’ When that happens bitterness abounds because the congregation rightly feels like they’re being used rather than served. ‘Using’ then becomes the first error that stands opposed to ‘abiding.’

Roth’s book extensively warns against the error of “using.” This error’s most obvious manifestation is when pastors do not stay put long enough “for your body to be made from the dust of the place” (p. 66). It’s like parish hot-potato. The pastor stays put just long enough to successfully move from this parish to one that is “more preferred.”

But is every departure from a parish a violation of Roth’s exhortation to “abide?” No. There is another equally dangerous error that must be contended against. It is one that Roth does not address. This is the error of “usurping.”

When a pastor hears his people say, “Pastor, our congregation would die without you” he must nip that in the bud. Such a statement is a sure indicator that the abiding love and hope of Jesus Christ is being usurped by the pastor himself (whether intentionally or not). The congregation is starting to put “their trust in princes (i.e., the pastor), in a son of man in whom there is no salvation” (Ps 146:3). If the problem persists, departing a congregation may be the only way of making sure that God abides within it.

For this reason, departing is not antithetical to abiding. We know this because Jesus departed. In his upper-room discourse in John 14, he says, “I will not leave you as orphans; I will come to you. Yet a little while and the world will see me no more, but you will see me.”

I tried to honor the value of “abiding” even in my departure from my own parish. So I used John the Baptist’s words from John 3:30 as the basis for my final sermon. “He must increase, I must decrease.

These were my final words:

But in the combined 200 years of [this parish’s] existence, there was never a moment that our congregations weren’t served by Jesus. And unlike pastors, Jesus never takes a call away from us. He remains. He abides. He stays. He serves.

Two weeks ago, I was doing my shut-in calls for the final time. I was saying good-bye to each of them. And I stopped to see Morris. It was an unexpectedly emotional visit for both of us. I told him how I appreciated being his pastor and he thanked me for my work. And I said, “Morris, I really am going to miss you. I’m going to miss all of you.”

And Morris said, “You know we’re all gonna see each other again right?”

It’s true, and not because I was some whizbang pastor, but because God sent His Son Jesus to redeem us from our sins by his death on the cross, and rose again from the dead to guarantee our salvation.

That’s what it’s about.

But it would hurt a whole heck of a lot more, if it weren’t for Jesus.

The time has come, as it always does. Jesus must increase. I must decrease.

I’m no John the Baptist, but I’m not ashamed to steal his sermon.

So I leave you with his words.

“Behold, the Lamb of God, who takes away the sin of the world.”

Timothy Koch (STM Concordia Seminary) is the Pastor of Emanuel Lutheran Church in Milbank, SD. He is the Managing Editor of Seelsorger: A Journal for the Contemporary Cure of Souls. He also volunteers time indexing biblical manuscripts for The Center for the Study of New Testament Manuscripts (CSNTM).
All posts by Timothy Koch   |   follow on
View Add a Comment
Planting Trees, Healing Nations:
Introducing God's CountryA Love Song for the Rural Church
Sapientia RSS
Newsletter Sign-up
More in Symposium See All
More in Human Flourishing See All