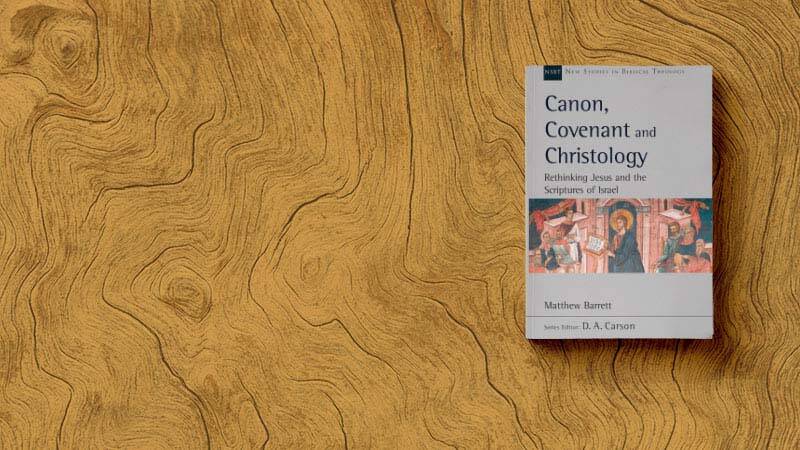 Evangelical Christians have long held firmly to the reality and importance of authorial intention: the intention of the author is key to establishing the meaning of the text. Accordingly, when it comes to finding the meaning of a biblical passage, knowledge of the original context becomes vital. Thus, concentrated study of the relevant “material” context, including the findings of archeologists, takes on great importance.

Knowledge of the relevant (or possibly relevant) ancient Near Eastern, Second Temple, and Greco-Roman contexts is often seen as necessary for proper interpretation. Sometimes the position taken is that the meaning is limited to what the original audience would have understood. Sometimes the focus on the historical context is so emphatic that more traditional interpretative approaches—especially those that are overtly creedal, but also those that are explicitly canonical—are seen as barriers and obstacles to proper interpretation of the text. In other words, the central commitment is to understand the meaning of the original author (as it would have been received by his original audience), and anything that might distract from that is problematic. 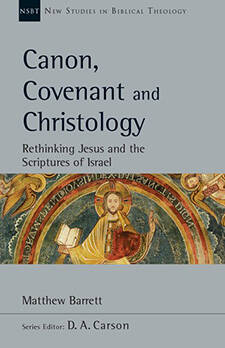 More recently, evangelical Christians have begun to recognize the importance of canonical and Christological interpretation of Christian Scripture. Sometimes they argue that an overly narrow focus on the intention of the human author can cause us to neglect the intention of the divine author, and they argue further that proper interpretation is canonical. Sometimes they argue that a fixation on historical context—however interesting—can actually distract us from the central themes revealed in Scripture. In other words, to rightly understand any part of the Bible, we must read the Bible as a unified whole—that is, as a canon. And once we do this, they insist, it becomes ever more obvious that Christ is the center of Scripture—the Bible as a whole is about Christ, and he is the meaning of the text.

Matthew Barrett’s recent book steps into these disagreements and he argues that we can, as it were, have our manna and eat it too. Without rejecting authorial intention or negating the importance and helpfulness of the study of the relevant historical contexts, he mounts a sustained case for the canonical and Christological unity of Scripture. The Bible is ultimately about Christ, and everything in Scripture ultimately points the reader to him. Whether or not the original human author knew about Christ or was meaning to point to Jesus is rather beside the point. For once one recognizes divine authorship,Christ is the center of Scripture—the Bible as a whole is about Christ, and he is the meaning of the text. the authorial intention need not be limited to the horizons of the original human author. Thus, for Barrett, we can and should appreciate the benefits of historically-focused exegesis while also looking holistically at the meaning of the canon. And make no mistake: the meaning of the canon as a whole is Christ.

Barrett makes his case in several steps. He first traces some key aspects of the history of hermeneutical inquiry; after rehearsing the development of “biblical theology” as a discipline and its post-Enlightenment fortunes, he introduces relevant concepts and debates (such as sensus plenior) and sets the stage for further discussion. He then looks to the concept of “covenant” as vital to the Bible’s own development of its story, and he argues that covenant both helps tie the canon together as a unified whole and discloses the primacy of Christ as the center of Scripture.

After setting the stage and sketching the argument more generally, Barrett then tests his approach. He does so through the use of two extended case studies: Matthew’s account of the gospel and the gospel according to John. The first focuses especially on the theme of fulfillment in Matthew, and he makes a strong case that Matthew demonstrates the unity of the canon itself. The Johannine witness echoes this (although of course in John’s unique way) with particular emphasis on divine self-disclosure in the incarnation of the Word. Building on the foundations laid, Barrett then looks closely at the obedience of Christ in covenantal and canonical perspective and makes a case both that a high view of the unity of the Bible and a high view of Christology go together. He concludes with a reflection on the “future of inerrancy and the necessity of dogmatics.”

Barrett’s work covers a lot of ground, and it deals with a broad range of issues that are of keen interest to biblical scholars and theologians alike. Overall, it is well-informed and articulate. He does not shy away from important but challenging issues, and he tackles them in a forthright manner and with firm convictions. There are points at which definitions and descriptions could be clearer, and at times readers might wish for somewhat tighter and more rigorous argumentation. For instance, he claims that “the classical view of God from the Fathers to the Reformers was substituted for theistic personalism, making verbal, plenary inspiration, divine authorial intent, and canonical unity implausible, even inconceivable” (p. 11). But the meaning of “the classical view of God” is left unspecified (and at any rate threatens to obscure important variegation in patristic and medieval theology) and “theistic personalism” is undefined. Moreover, the conclusion is clearly non sequiter. But such minor complaints should not distract us from the value of the work overall, for it makes considerable progress and helps support some very important conclusions. Theologians and biblical scholars alike have much to appreciate.

Thomas H. McCall (PhD Calvin Theological Seminary) is Professor of Theology and Scholar-in-Residence at Asbury University. He was the Director of the Henry Center from 2012–2020. His recent publications include An Invitation to Analytic Christian Theology (IVP Academic, 2015), and Against God and Nature: The Doctrine of Sin (Crossway, 2019).
All posts by Thomas H. McCall   |   follow on
View Add a Comment
The Song in the Night (Luke 2:8-20)
A Christmas Homily from Carl F. H. HenryThe Inner Life of God
Sapientia RSS
Newsletter Sign-up
More in Book Review See All