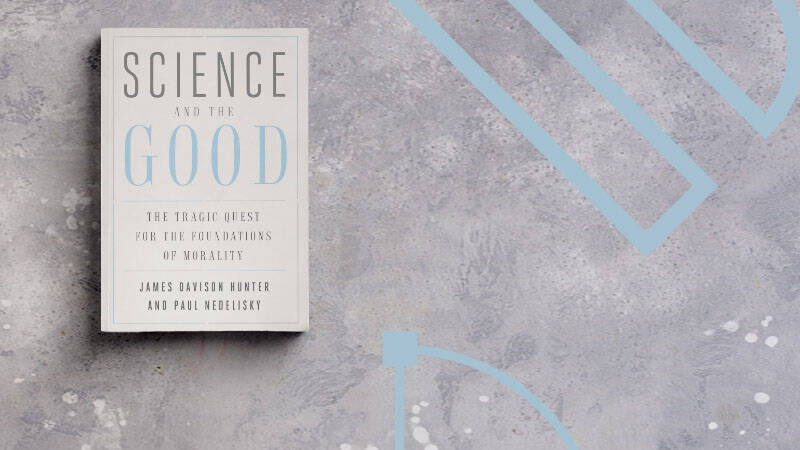 Michael Shermer accurately summarizes our argument, and his review of our book is fair if not downright magnanimous. At one point, he even appears to concede that, strictly speaking, we cannot get an “ought from an is”—that science by itself cannot discover moral truths. If this is what he thinks, then Shermer and we seem to agree that in order to get a moral conclusion, you have to begin with at least one moral premise. This is just to say that there cannot be a science of morality.

However, Shermer isn’t quite ready to say this. Despite the apparent admission that you can’t get an ought from an is, he presents several cases he takes to be instances of science doing precisely this. This is a direct approach to defending a science of morality. Additionally, even if we cannot empirically discover moral truths, he thinks rational thought more broadly can do so, and that this is something close enough to a science of morality. This indirect approach focuses on what is meant by a ‘science of morality’. But for both of these reasons, Shermer wants to maintain that there is a legitimate sense in which “a moral program grounded in human flourishing is a starting point based by empirical science.” 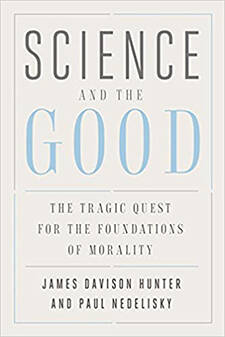 But do these approaches work? We don’t think so. Let’s begin with his indirect approach: the suggestion that rational thought—as a sort of extension of the principles operative in science—might enable us to discover moral truths, and that this counts as a science of morality. As he puts it, “Reasoning moral agents would eventually conclude that both should cooperate toward mutual benefit rather than compete to…a zero-sum outcome…or both lose in a defection cascade.” In this way, “morals might be something discoverable like abstract Platonic truths.”

So then: why care whether there is a science of morality? The answer in one sentence is: because science would be the best way to resolve disagreement over how we all should live together. Unpacking this a bit, the context is 400 years of intense pluralistic disagreement over what matters. From the bloody carnage wrought by the Wars of Religion of the sixteenth and seventeenth centuries to the nihilism and polarization brought by the Culture Wars of the twentieth and twenty-first, disagreement over how we should live has defined the West. As we argue in Science and the Good, this problem was a driving motivation for a science of morality from its very inception. Science was the obvious solution, for the peril of religious and political disagreement seemed to crescendo in tandem with the success of the Scientific Revolution in resolving questions about nature. Surely empirical demonstration could do for morality what it was doing for physics and medical biology. And this is one of the primary motivations down to present, as witnessed by the stated aim of leading scholarly contributions.Baptizing philosophy as ‘science’ doesn’t suddenly enable it to do what it never could before, i.e., resolve disagreement with demonstration. For instance, Joshua Greene’s Moral Tribes and Jonathan Haidt’s The Righteous Mind are explicitly pitched at addressing the problem of pervasive moral disagreement; their subtitles are “Emotion, Reason, and the Gap Between Us and Them,” and “Why Good People are Divided by Politics and Religion.”Moral Tribes: Emotion, Reason, and the Gap Between Them and Us (Penguin Press, 2013); The Righteous Mind: Why Good People are Divided by Politics and Religion (Vintage, 2013). This is why the criterion for a legitimate science of morality is whether it could objectively settle moral disagreement via empirical demonstration.

Therefore, there can be a science of morality if and only if science can resolve moral disagreement with empirical demonstration. If it can’t, then there can’t. The trouble for Shermer’s argument here is that in advocating for non-empirical rational moral inquiry, he is simply advocating for moral philosophy. We agree that there are philosophical arguments for the objective truth of moral claims. But as shown by the philosophical tradition going back to Socrates, there are usually rational arguments both for and against any given moral claim. This is why philosophy is notorious for its intractable disagreements. Philosophical argument simply isn’t demonstrative in the way that good empirical science is. This doesn’t mean philosophical arguments cannot provide good reasons to believe things. It just means that so much individual discernment is required to determine which are good and which are bad, that philosophy cannot resolve moral disagreement. But the point here is that non-empirical rational thought isn’t what is meant by a ‘science of morality’ in the historical and present cultural context, as seen by the fact that it cannot objectively settle moral disagreement. To sum up: baptizing philosophy as ‘science’ doesn’t suddenly enable it to do what it never could before, i.e., resolve disagreement with demonstration.

What of Shermer’s direct approach of presenting alleged examples of scientifically grounded moral claims? He says:

But where does the assumption that humans desire a life of well-being and flourishing come from? It is not an arbitrary element just tossed into the moral equation of determining right and wrong. It is discoverable from empirical science and astute observation . . .

Shermer points out among other examples that black people didn’t like being enslaved, Jews didn’t want to be tortured and murdered by the millions. This, he takes it, is empirical evidence for why it is immoral for these things to be done.

Of course, we don’t think the absence of cases here is an accident. The barrier to such cases is intelligible. To empirically resolve moral disagreement—to be a science of morality—an inquiry would have to do two things: one, it would have to accurately define morality. Otherwise, the science would miss its target and just be about some other issue. Two, an inquiry would have to demonstrate the moral truth empirically. Otherwise, it won’t be able to rationally resolve disagreement. In our book we call these the “Challenge of Definition” and the “Challenge of Demonstration,” respectively. The problem is that an inquiry can only do one of these, and not both. Defining morality accurately requires venturing into the non-empirical realm of rights, duties, value, and goodness, but these cannot be empirically demonstrated. And if demonstrable concepts are chosen, then the science is no longer about morality, having left behind rights, duties, etc. To sum up: a science of morality would resolve moral disagreement with empirical demonstration. But this cannot be done, because morality isn’t empirical. Hence there can be no science of morality.

By way of conclusion, we would like to step back and address—with some speculation—what may be the animating question for Shermer in this debate. Shermer began his review with a lengthy account describing his quest to disentangle questions of morality from questions of religion. Many have said—some still say—that you cannot be good without God, or “If there is no God, murder isn’t wrong.” Shermer has dedicated years of study and debate to overturning these assumptions. He doesn’t find the claims of religion persuasive, but at the same time he recognizes the reality of morality. The question then is how to provide a rational foundation for morality, and one that doesn’t at the same time permit a rational foundation for religion. With this objective, science becomes an attractive possibility. Science attempts to draw only from the empirical world, while the essential phenomena of religious belief—deities, souls, miracles—aren’t empirically supported. The trouble is—as we have attempted to show—that morality too turns out to be the sort of thing that isn’t empirically supported. Science hasn’t turned out to be the skeptic’s silver bullet he and many others hoped it would. This means that finding sources that support morality but not religion becomes a much messier affair. Now what is needed is a rational sieve that retains some non-empirical phenomena but lets others pass through. But in venturing from empirical science to philosophical argument it soon becomes unclear whether there is any evident criterion that admits morality but excludes religion. This is why, in part, debates over the truth of religious claims thrive to this day in philosophical circles. There are smart people on both sides, and no one appears to have the upper hand in terms of rational support. The case for morality without God is still tenable, but since God can’t be ruled out as irrational on scientific principle, the case for God becomes tenable as well. Like the status of morality, it becomes another intractable philosophical disagreement.

Paul Nedelisky (PhD University of Virginia) is Assistant Director and a Fellow at the Institute for Advanced Studies in Culture. His research interests center on issues in metaphysics and ethics. He is the coauthor, with James Davison Hunter, of Science and the Good: The Tragic Quest for the Foundations of Morality (Yale University Press, 2018).
All posts by Paul Nedelisky   |   follow on
View Add a Comment
Plundering Eden: A RejoinderThe Righteous Mind: Introducing the Symposium
Sapientia RSS
Newsletter Sign-up
More in Book Review See All
More in Creation Project See All