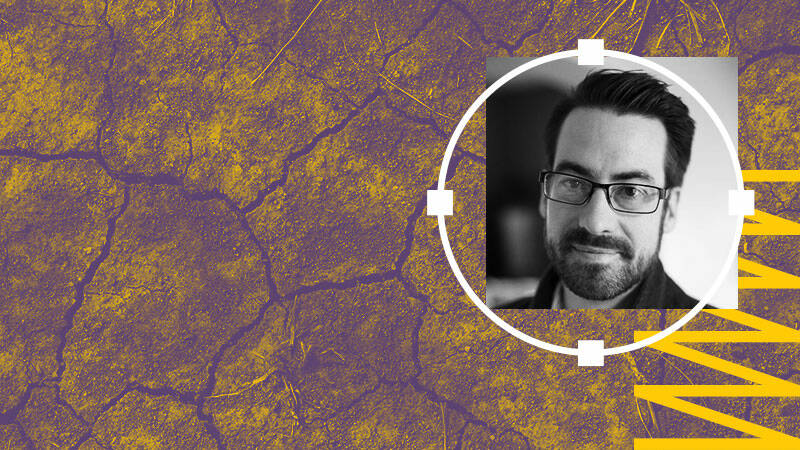 “Then the LORD God formed the man of dust from the ground and breathed into his nostrils the breath of life, and the man became a living creature.”

Almost hidden within the Genesis creation account stands this singular sentence about God’s creation of humankind. Revealed is God’s creative act; implied is the dual nature of this creature. But still mysterious, and a topic of much debate and study even among scientists and philosophers, is the degree to which these two aspects—physical and spiritual—are related to each other. And a following question is the degree to which this “breath of life” distinguishes humankind from the rest of the created order. Herein lies a point of intersection with an evangelical doctrine of creation that intrigues Philip Woodward, Assistant Professor of Philosophy at Niagara University and one of the Henry Center’s 2021–2022 Resident Fellows. “I am most interested in the place of human beings within the created order—our continuities and discontinuities with the rest of the natural world, and the ways in which our natures guide us toward what is good or misguide us,” says Woodward. “Something like the doctrine of creation has to be in the background for humans to rightly discriminate the ennobling proclivities in their nature from the degrading ones.”

His project, entitled “Human Persons: A Contemporary Philosophical-Scientific Synthesis,” seeks to provide a philosophical framework to better understand the body-soul components of the human person that fits with Christian theology. Woodward’s framework makes sense of the uniqueness of human beings in relation to other created animals in a model known as emergence. This model understands humankind as creatures, those exercising choice (over and above instinct), and therefore having the ability to act purposefully. Other emergent powers include intellect, volition,The theory of emergence falls between two extremes of understanding our human nature. language, attention, imagination, deliberation, love, and joy—all wonder worthy features that Woodward believes are a unique type of flourishing for humankind. “Emergentism allows us to make sense of our dual nature: as made from the dust yet as more than mere dust.”

The theory of emergence falls between two extremes of understanding our human nature. On the one end is strong forms of substance dualism which recognize two metaphysically distinct aspects in human persons. This pluralistic ontology understands the human person to be made up of two radically different sorts of things: two different substances, body and soul, or mind and matter. The other extreme is materialism, which reduces everything to the physical body and its processes. Woodward explains, “if reductionism is true, then all of reality consists in more or less unified clusters of physical particles. But human persons are not like this; a person is a unified center of subjecthood and agency. On the other hand, if pluralism is true, then I am weirdly metaphysically alienated from my body, and by extension, from the whole of the created order.” Emergence rejects both extremes in favor of a theory that our body and mind are highly ordered biological entities that cannot be reduced to simple physical orders but complex and unique enough that they cannot be fully explained by physical properties.

Science has long attempted—with varying levels of success—to explain the components of being human. Neuroscience, for instance, has given insight to some of the complex relations between our physical brains and the cognitive processes and states that make up our mental life, but some of the most fundamental questions about consciousness have alluded scientific investigation. Science is up against a problem, but perhaps the problem exists in our model for understanding. What if the problem is assuming a reductionistic theory? Will science require the inquirer to turn to theology? Woodward is hopeful:

“Otherwise first-rate philosophers demonstrate an astounding level of theological obtuseness. I recently came across the claim, by an ethicist, that religious ethics reduces human beings to God’s tools, and the claim, by a metaphysician, that the idea of the soul can be dismissed because religious people believe in souls on the basis of faith rather than reason. I hope that our project will help bridge the gap between theology and secular philosophy by showing how theologically-informed philosophical anthropology can meet all applicable intellectual standards.”

Woodward will engage the cognitive and biological sciences alongside philosophy and theology to achieve a synthesis which speaks to the concerns of both the humanities and philosophically-minded science. “Some [emergent powers] have been reverse-engineered by cognitive neuroscience or modelled by artificial systems. But some stubbornly elude whole-sale mechanistic reduction. Human nature is not merely metaphysically mysterious but also morally compelling,” says Woodward.

“Our approach is the contention that contemporary science can readily mesh with the ‘robust’ or non-deflationary understanding of the human person found in orthodox Christian anthropology. It will consider at length contemporary scientific understanding of the ways we are embedded in the wider biological and even cosmic realms, and attempt to show the consonance of that understanding with a vision of human persons as purposive creatures with distinctive emergent powers befitting creatures created imago dei–stewards of Creation called to fellowship with God.”

Woodward’s project—a collaborative work with his one-time advisor now colleague Tim O’Connor, Professor of Philosophy at Indiana University—intends to survey and engage topics as varied as cognition and understanding, choice and agency, love and human flourishing, non-human animals, and leading biological and cultural challenges. The expected monograph looks to conclude by “grappling with the new frontier of anticipated artificial and biological technologies that inspire the newfangled ‘transhumanist’ vision. While being mindful of its dangers and seeking to deflate its pretensions,Our proper end as humans—mystical union with God—transcends this use of reason. we will consider its relations to the transformed life we are promised in the eschaton, when we become like Him who is the only fully human person to have walked the earth.”

This pushing back against dominate cultural views comes from a faith that personally grounded Woodward, having been raised in the secular, progressive Pacific Northwest and attended public school where religious pluralism was a fact of life. “I was always a very earnest Christian, but also a confused and conflicted one, in part because I was aware that most intelligent people I knew considered my faith ridiculous.” While discerning a call to ministry during a personal retreat after undergraduate studies, the call to be a Christian academic was clarified for Woodward. “The sense of calling was visceral, but it also came with certain convictions about the life of the mind. What we believe about the world, about human nature, and about our good are all interdependent. In particular: the world is God’s good world; reason is God’s good gift whereby we understand and appreciate the world. Our proper end as humans—mystical union with God—transcends this use of reason. But that this is our proper end is indeed apprehensible by reason—if we don’t let science-popularizers, speaking above their expertise, talk us out of our intuitive sense of ourselves as spiritual beings.”

Anticipating his Creation Project research, Woodward is personally and professionally equipped to engage these ideas anew.

“I recently had a student tell me that in the small Illinois town he in which he grew up, it was understood that you were either on the side of evolution or on the side of Jesus. What Mark Noll dubbed ‘The Scandal of the Evangelical Mind’ nearly 3 decades ago is every bit as much a scandal today. The situation is scandalous not just because it alienates people unnecessarily from the church, but because it is borderline blasphemous to write off the deliverances of reason rightly used. Emergentism takes good science seriously but isn’t impressed by the unwarranted exaggerations of scientists. It really does have the potential to reconcile theological anthropology with neuroscience. Perhaps, in one particular corner of intellectual space, I can help evangelicals get over their distrust of science, to see how modern science is not at odds with the doctrine of creation but a clarification of it.”

Ian C. Prince (MDiv Covenant Theological Seminary) is the Senior Program and Operations Manager at the Henry Center. He previously served as Program Director at the Center for Faith & Work Saint Louis.
All posts by Ian C. Prince
View Add a Comment
How Should We Understand Miracles?The Terms of the Debate
Sapientia RSS
Newsletter Sign-up
More in Profiles See All
More in Creation Project See All