In Quest of the Historical Adam

With In Quest of the Historical Adam, William Lane Craig enters into the current discussion about the historicity of the biblical original couple. At the outset, Craig cautions:

People on both the left and the right can be expected to be upset with this book and, unfortunately, its author. All I can do is plead that they give an honest and open-minded reading of the case I make for my conclusions. I assure my readers that this book is the result of a genuine struggle on my part with the evidence, both biblical and scientific, concerning the historical Adam (p. xi).

The book has generated a good deal of online conversation. The main point of controversy is Craig’s assertion that the genre of Genesis 1–11 is “mytho-history.”

The book has a brief introduction and a similarly brief epilogue. The main two portions of the text divide evenly into the biblical data and the scientific evidence. Concerning the biblical data, Craig gives little attention to the Old Testament as a whole, but focuses primarily on Genesis 1–11. Even then the discussion is primarily about genre rather than an expository work. The biblical section concludes with a chapter examining the New Testament’s understanding of Adam and Eve. 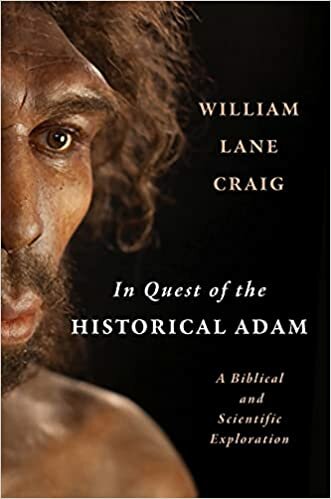 Craig argues that Genesis 1–11 must be read in its biblical and historical context. The typical evangelical approach displays a great deal of chronological snobbery. Craig contends that the ancient reader was more discerning than is often given credit. Perhaps we, the modern readers, are the ones who are naïve. To communicate the overarching values of a community, the ancient Near Eastern culture often utilized the genre of myth. Craig defines myth as “a traditional, sacred narrative explaining how the world and man came to be in their present form. A myth seeks to explain present realities by anchoring them in the prehistoric past and so to validate a culture’s contemporary institutions and values” (p. 37).

Myths can be identified by a number of “family resemblances.” Craig presents ten such common characteristics and argues that examples of these elements can be found in Genesis 1–11. First, myths typically are narratives, sometimes oral while other times literary. Second, these narratives are traditional stories handed down through the generations. Third, the society that holds them considers these myths to be sacred and fourth, the myths are held as articles of faith. Fifth, these myths are generally set in the primeval past or in another realm in which sixth, deities play primary roles.

Seventh, a myth is intended as an explanatory anchor that accounts for the current state of the world—its political conditions, social order and natural phenomena (floods, droughts, earthquakes, etc.)—and eighth, for the resultant cult and its rituals. Ninth, myths provide a framework for the relationships between deities and nature.

Tenth, myths exhibit fantastical features. They also contain elements that are logically contradictory or are internally incoherent. Craig claims that the opening chapters of Genesis exhibit multiple examples such as anthropomorphisms, narrative inconsistencies, and fantastic elements. He gives examples of each. Concerning anthropomorphisms, Genesis 1 emphasizes God’s transcendence but in Genesis 2 he gets his hands dirty.Craig concludes that if the first eleven chapters of Genesis are in one sense myth, they are in another sense history. Genesis 3 presents God as strolling through the Garden. By Genesis 6 God regrets having made humans in the first place. In Genesis 9 he smells Noah’s offering with pleasure. Finally, in Genesis 11, God comes down to the Tower of Babel to see what’s going on. Alarmed at humanity’s progress, he breaks up the project.

As for narrative inconsistencies, one needs look no further than the first two chapters of Scripture. The order of creation in Genesis 2 conflicts with that given in Genesis 1. And what about Cain? There are the mysteries of where he got his wife, who he thought might kill him, and who populated the city he founded. Cavalier unconcern about internal coherence is a telltale sign of myth.

Craig then gives examples of fantastic elements, which he defines as items that, if taken literally, are palpably false. These elements include creation in six days, an earth less than 10,000 years old and an original universal vegetarianism. Also included are magical trees, four rivers flowing out of Eden, a talking snake and the entrance guarded by cherubim with flaming swords. From Genesis 4–11, these items include long life-spans, a world-wide flood, the Table of Nations, and a tower up to heaven.

At this point Craig makes an important distinction. He argues that Genesis 1–11 exhibits “family resemblances” to myth, but not that Genesis is myth. Following Assyriologist Thorkild Jacobsen, he argues for the genre of “mytho-history.” Mytho-history presents history in mythical terms. Craig concludes that if the first eleven chapters of Genesis are in one sense myth, they are in another sense history.

Moving to the New Testament, Craig demonstrates that it presents Adam as a real, actual person. He then considers what it would mean if the New Testament was wrong, and that Adam never existed. He dismisses concerns about the doctrines of the atonement and original sin. The atonement would not be threatened because Jesus died for our sins, not Adam’s sin imputed to us. Yes, the doctrine of original sin would have to be abandoned, but Craig does not see this as necessarily a bad thing.

However, Craig acknowledges that a denial of Adam’s historicity would have a negative impact on two profoundly important doctrines. The doctrine of inerrancy would have to be abandoned. Worse yet, the doctrine of the deity of Christ would be at stake. Since Jesus demonstrably believed in a historical Adam, if he was wrong it would mean he was not divine. It doesn’t get any more serious than that. Thus, Craig concludes, the affirmation of a historical Adam is a first order issue.

Moving to the scientific evidence, Craig asks what are the sufficient conditions for humanness. He argues that there are four essential conditions. First, humans demonstrate abstract thinking. That is, they are able to formulate and entertain abstract concepts. Second, humans demonstrate planning depth. This goes far beyond short-term projects that animals do by instinct. Rather, humans are able to construct and then carry out deep strategies. Third, humans display innovation. These innovations may be behavioral, economic, or technological. Fourth, humans employ symbolic reasoning. They use symbols to represent people, things and objects.

From the scientific evidence, Craig makes two conclusions. In order for Adam and Eve to be the sole progenitors of humanity, and in evidence of the first signs of sufficient conditions of humanness: 1) Adam must have been a member of Homo heidelbergensis and thus 2) Adam must have existed more than 500,000 years ago.

At the 2021 annual meeting of the Evangelical Theological Society, the Christianity and the Natural Sciences study group sponsored a panel session on In Quest of the Historical Adam. Four eminently qualified scholars assessed the book, each from the perspective of their respective disciplines. Hans Madueme gave a theological critique; C. John Collins provided a biblical assessment; Michael Murray gave a philosophical critique; and finally Leslea Hlusko provided a scientific assessment. Bill Craig then gave a rejoinder. Their respective essays are provided below.